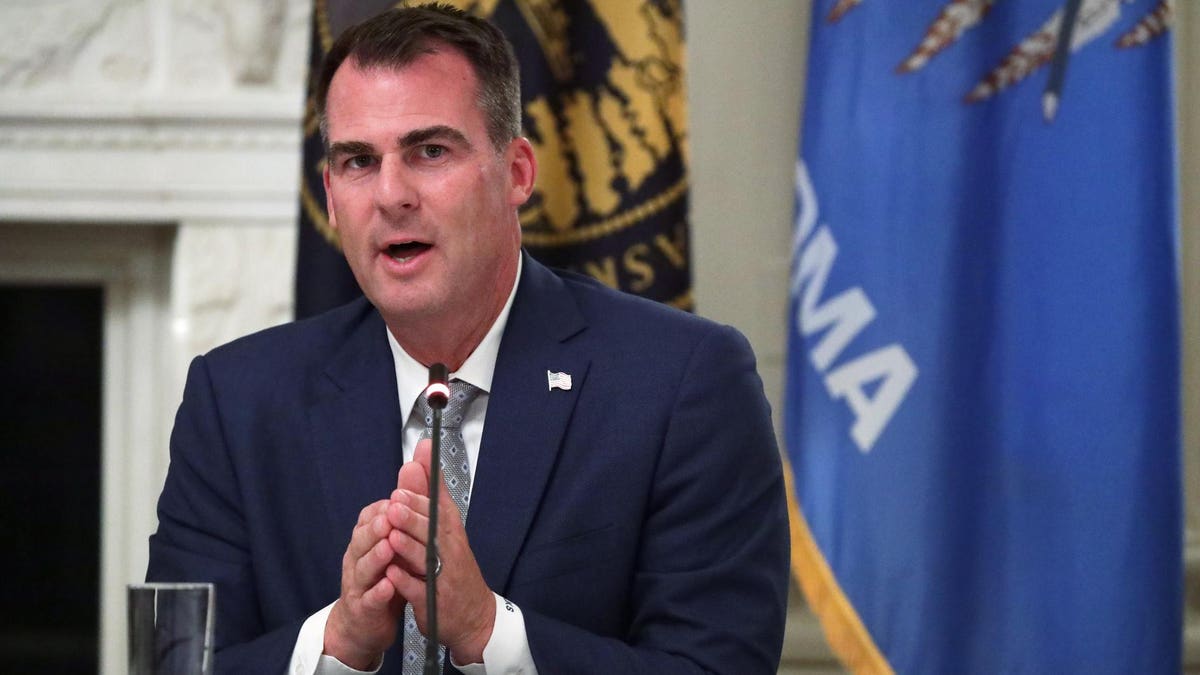 The Tulsa, Oklahoma, school board voted to legally challenge the state over its ban on schools issuing mask mandates, it announced Wednesday night, making Oklahoma the fourth state now facing challenges against their mask mandate bans as a new school year begins amid the Covid-19 delta variant surge.

The Tulsa Public School Board held a special meeting about the district’s lack of a mask mandate Wednesday after receiving formal notice of a lawsuit against them for not imposing a mask mandate, the board’s vice president Suzanne Schreiber told Fox 23, and the decision to take legal action does not affect the school district’s current mask-optional policy while the state ban is still in effect.

It’s unclear what legal action the school board’s attorneys will be taking, but Fox 23 reports they are allowed to move forward “as they see fit,” which Schreiber said could be by joining a separate lawsuit against the state or filing an amicus brief in a lawsuit rather than directly suing the state themselves.

Oklahoma is one of eight states that have school mask mandate bans that are either in effect or have been temporarily suspended, along with Florida, Texas, Arizona, Utah, Iowa, Arkansas and South Carolina.

Tulsa’s planned legal action comes after a number of lawsuits have already been filed by local officials, parents and organizations in Texas, Florida and Arkansas against the states’ school mask mandate bans.

Some of those challenges are already proving successful: Arkansas’ mask mandate ban was temporarily struck down last week while the case moves forward, and Texas’ school mask mandate ban is suspended through Monday in Bexar and Dallas counties in response to those counties’ legal challenges.

Separate litigation is also being filed against the proliferation of school districts that have imposed mask mandates despite their state banning them: A Phoenix-area teacher has sued his school district for violating Arizona’s ban, South Carolina has threatened to sue the city of Columbia for its mask mandate and Texas leadership filed a petition in appeals court Wednesday against Dallas County’s mask order, which includes schools.

The litigation over the mask mandate bans is likely to result in speedy rulings as school years start. Hearings are set for Friday in the Phoenix lawsuit and one of the lawsuits against Florida’s mask mandate ban, and Texas Attorney General Ken Paxton predicted his and Gov. Greg Abbott’s lawsuit against Dallas could be heard by the Texas Supreme Court as soon as this week. While it’s still unclear what legal action will take place in Oklahoma, Tulsa officials told Fox 23 they expect to “quickly” announce their next steps. Oklahoma State Superintendent Joy Hofmeister, who opposes the state ban on school mask mandates, also said she intends to meet with Gov. Kevin Stitt this week to discuss backtracking on the policy without litigation.

66%. That’s the percentage of parents who support mask mandates for unvaccinated students and staff in schools, according to a Kaiser Family Foundation poll conducted July 15 – August 2.

State mask mandate bans and school mask mandates have become an increasing point of controversy as the delta variant has taken hold nationwide, driving Covid-19 surges and leaving children not yet eligible for vaccination particularly vulnerable as the school year starts. A growing number of school districts in states with mask mandate bans have enacted mandates in direct violation of state policies—including in Oklahoma, where Santa Fe South Schools in Oklahoma City became the first district in the state to violate the state-level ban on Wednesday. In addition to the legal challenges, Florida Gov. Ron DeSantis has also threatened to cut school funding for schools with mandates including by withholding salaries from superintendents or school board members, and South Carolina Gov. Henry McMaster has similarly threatened to pull funding from Columbia’s schools. School board meetings over mask mandates across the country have also proved contentious in recent days as mask-wearing has become an increasingly polarized issue, with some mask proponents even facing threats of violence from anti-mask parents.