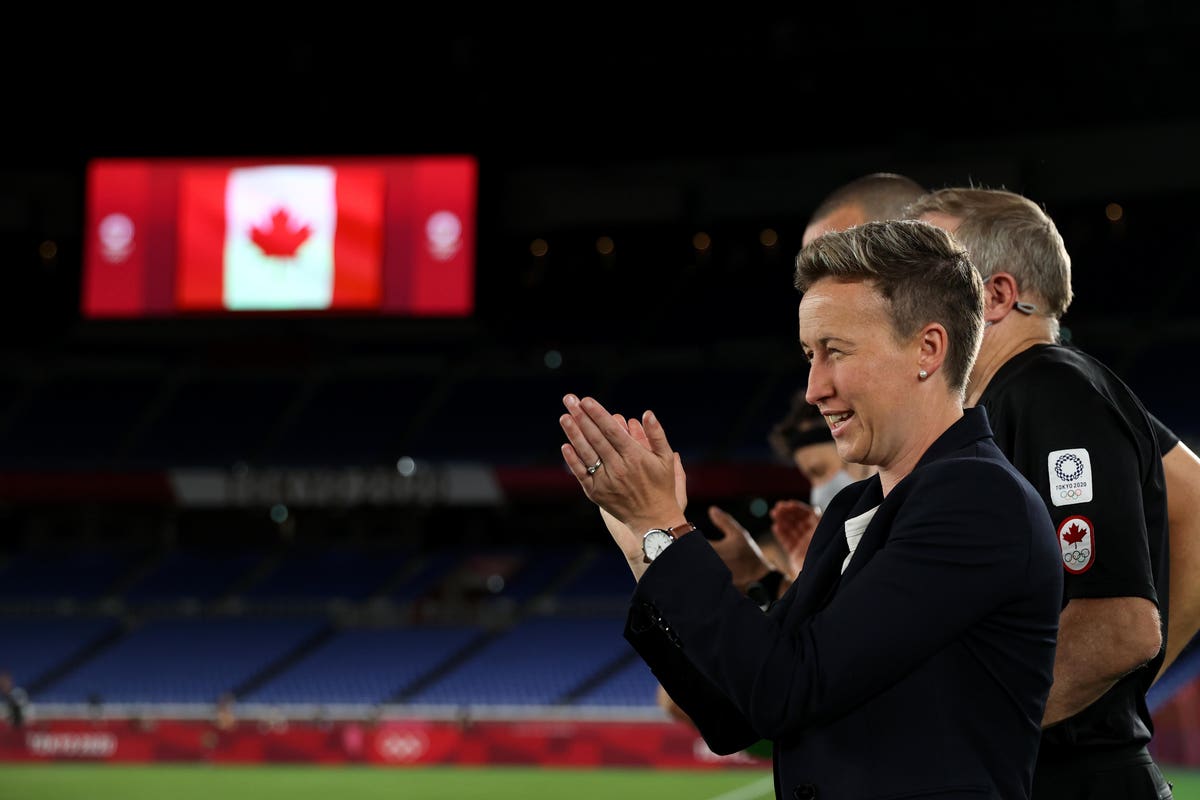 It has taken Beverly Preistman just fourteen games as a head coach to become an Olympic champion, leading Canada to the top of the podium last week after a dramatic penalty shoot-out victory in the Gold Medal Match against Sweden in Yokohama. Yet, but for a global pandemic, she may now be out of work.

In 2020, Priestman was England’s assistant coach under Phil Neville and Denmark’s Kenneth Heiner-Møller was the Canadian head coach set to lead the North Americans into the Tokyo Olympics. The postponement of the Games led to the Dane leaving his post that summer in order to take up a coaching position back home and Priestman, previously a youth and assistant coach of the Canadian national women’s soccer team, but never before a head coach, applied for the vacancy.

A few months later, Neville stepped down as head coach of the Lionesses after an abysmal sequence of results and England are about to employ their second different foreign manager since, each bringing in their own coaching staff. If it was not for the global pandemic, the window of opportunity may never have opened for Priestman.

Speaking to me on a media call celebrating the Canadian team’s first-ever global women’s title, Priestman reflected on her past year. “We all would have had unbelievable lows in that pandemic. One of the lows for me was ahead of me I had an Olympic Games (with Great Britain) and a home European Championship (with England). I always believe that things happen for a reason.”

Priestman is married to former New Zealand soccer international Emma Humphries, their son Jack was born in Canada in 2018. She revealed to me, “what happened was I came back to the country where I’ve got a little boy. I got married here, spent five years of my life investing in the youth program. It just happens that I’ve shared a really special moment with a group of players who’ve been through a lot of youth tournaments and development with myself. It’s the best move I’ve made. I’ve had the time of my life in the last forty days particularly. I did say that to the group, that if we have the time of our life, we’ll do well”.

“I’m just so happy to be sat here. I feel privileged and really lucky to be honest. To be the person that put the Gold medal around a Christine Sinclair’s neck and help the country go on top of the podium. There was a whole load of players, John Herdman, Kenneth Heiner-Møller, a whole load of people that came before me. I’m the lucky one who got to experience that moment”.

Three years older than Preistman, national team captain, Sinclair was full of praise for the changes the English coach has made since her appointment in October 2020. She said “I missed the first camp under Bev because of an injury. When I came into the team after that camp, there was just a different vibe about the group. She had instilled this belief and this bravery that maybe we hadn’t had in the past and we lived it throughout the course of the entire tournament.”

“What Bev was able to bring out I think was to just play to our strengths. We are world-class at defending as a team, we do not give up many goals, we don’t give up many chances. We have players in midfield that can control the ball and then we have world-class pace up front”.

“The other thing I think that Bev was able to do was to make the most of the new rules for the Olympics which allowed five substitutes. I think she used those brilliantly throughout the course of the tournament. We had a depth on our team that we haven’t necessarily had in the past and I think she took full advantage of that”.

At the age of 35, Preistman has years ahead of her as a coach but repeating the success of last week will be a hard act to follow, a fact that does not phase the woman from Consett in North-East England who admitted she is already thinking about the next challenge. “There’s that old saying, there’s no hunger in paradise. For me, it’s about us getting in that arena more often. Fresh on my mind at the moment is the World Cup and how this team has done very well at Olympic Games historically but not necessarily at World Cups and examining why. I think we’ve got to get ourselves in a similar position come 2023 knowing that we might have to build, some players might depart the program that have been integral. I definitely think it’s about how we sustain that and we push. I’ll set a new vision. I think we’ve got to push the players more than ever now”.

Her career has already taken her to the opposite ends of the world, following her fellow Consett native and mentor John Herdman to New Zealand and Canada as a full-time assistant coach before returning home to work for her own national team for two years. When Herdman’s successor with Canada, Kenneth Heiner-Møller stepped down in June 2020 to return home to Denmark, Preistman jumped at the chance to return to Canada to secure her first head coach role. A victory tour is now in the pipeline for the Canadian team over the coming months. Priestman said “we felt the support of the media, of the country. I think to be able to connect back with our country and play in front of them is going to be really, really special”.

A fan of Manchester United, she is yet to work in club soccer and admits, “I think all of my career, I’ve been a tournament coach, international coaching has been where I’ve lived. Who knows what my long-term future looks like? If you talk about a moment getting right in your heart and my soul, I’m absolutely in love with this team. I believe we can go and do more great things for this country. My little boy’s only three, but he is Canadian. He doesn’t quite know what’s just happened but I’d love to be able to share that with him when he does know. I’m in a great space as it stands, but who knows what my long-term future looks like?”