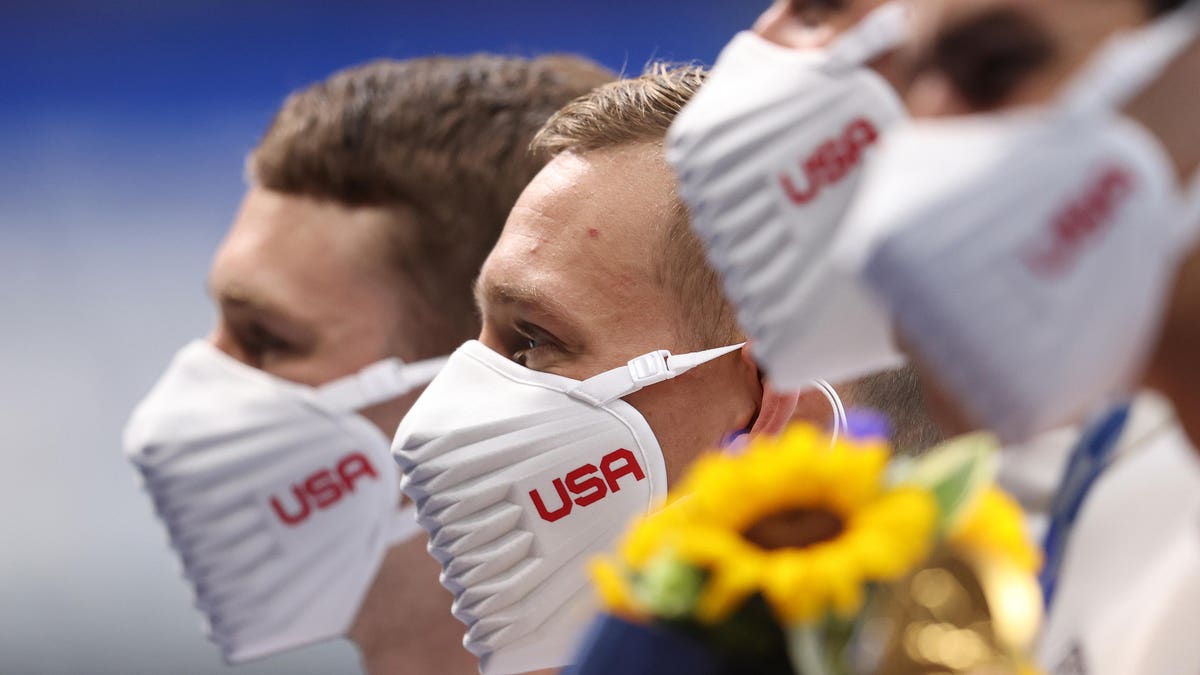 Primetime viewership for the Tokyo Olympics plummeted more than 40% from the last Summer Games, NBC said Monday, wrapping up two weeks of competition marred by a pandemic, a 13-hour time difference and broad shifts in TV viewers’ habits.

NBC’s primetime Olympic broadcasts — which ran every night for more than two weeks and offered a combination of live and prerecorded events — averaged 15.5 million viewers, the network said in a Monday evening statement.

It’s the lowest-rated Summer Olympics in decades, and a steep dropoff from the 2016 Games in Rio de Janeiro (which netted 26.7 million primetime viewers), the 2012 Games in London (which drew 31.1 million average viewers) and Beijing 2008 (27.7 million).

The Games kicked off with rocky ratings: The opening ceremonies drew around 17 million viewers on TV and streaming services, almost 10 million lower than in 2016.

Still, NBC says this year’s Olympics were the most widely streamed in history, with almost 6 billion minutes of content viewed on social media and the network’s online platforms, and NBC subsidiary USA Network posted the highest primetime Summer Olympic ratings on average for any cable channel in history.

NBC’s late-night Olympic show — dubbed Prime Plus — averaged 5.4 million viewers per night, a 4% increase from 2016, possibly because the network broadcast some events live during that period.

48%. That’s the share of U.S. adults who reported spending less time watching the Olympics this year than in previous iterations of the Summer Games, according to a Morning Consult poll conducted after the Games’ first week. Some 37% say they watched roughly the same amount this year, and just 15% watched more than in past years.

This year’s Olympics were shaken by Covid-19, possibly blunting fans’ interest. Organizers delayed the event by a year, imposed stringent social distancing rules and banned most spectators — and some critics argued the Games posed an unnecessary public health risk. The time difference between Japan and the United States may have also played a role: NBC broadcast some marquee events live in primetime, but others were delayed by more than 12 hours, driving some viewers to watch key events like gymnastics and basketball live on streaming services instead of waiting to watch them on TV. And some fan favorites were absent or less prominent for part of the Games. American gymnast Simone Biles abruptly withdrew from most events due to health concerns, Japanese tennis star Naomi Osaka was eliminated early on, American sprinter Sha’Carri Richardson was banned due to a positive marijuana test prior to the Games and the USA men’s basketball and women’s soccer teams suffered early losses (men’s basketball ultimately won gold, and women’s soccer won bronze).

Declining TV ratings aren’t unique to the Olympics, as streaming services generate more competition for viewers’ attention. In the last year, the NBA Finals posted far lower ratings than in pre-Covid years, the Super Bowl earned its smallest audience since 2007, the MLB faced its lowest World Series ratings in history and viewership for award shows dropped off.

Despite flagging primetime ratings, NBC is placing this year’s Olympics in the win column, dubbing the Games “the largest media event ever” in a Monday press release. Scores of Americans watched the Games on streaming services and talked about athletes on social media platforms, driving traffic to NBCUniversal’s Peacock platform. And NBC’s primetime broadcasts consistently beat everything else on television during the Games, according to data from Nielsen.

“Despite being thrown a series of curveballs over the last 18 months, the power of the Olympics delivered to audiences across the various platforms of NBCU has proven itself unequaled,” NBC Sports Chairman Pete Bevacqua said in a statement.

Bevacqua told the Wall Street Journal this year’s Games will be “very, very profitable” for NBC, and the network claimed ad sales eclipsed 2016 levels. Several outlets reported during the Games that NBC was compensating for lower-than-expected ratings by negotiating to give extra ad time to advertisers, a practice known as “make-goods,” but an NBC spokesperson told Forbes the network has now made all advertisers whole.