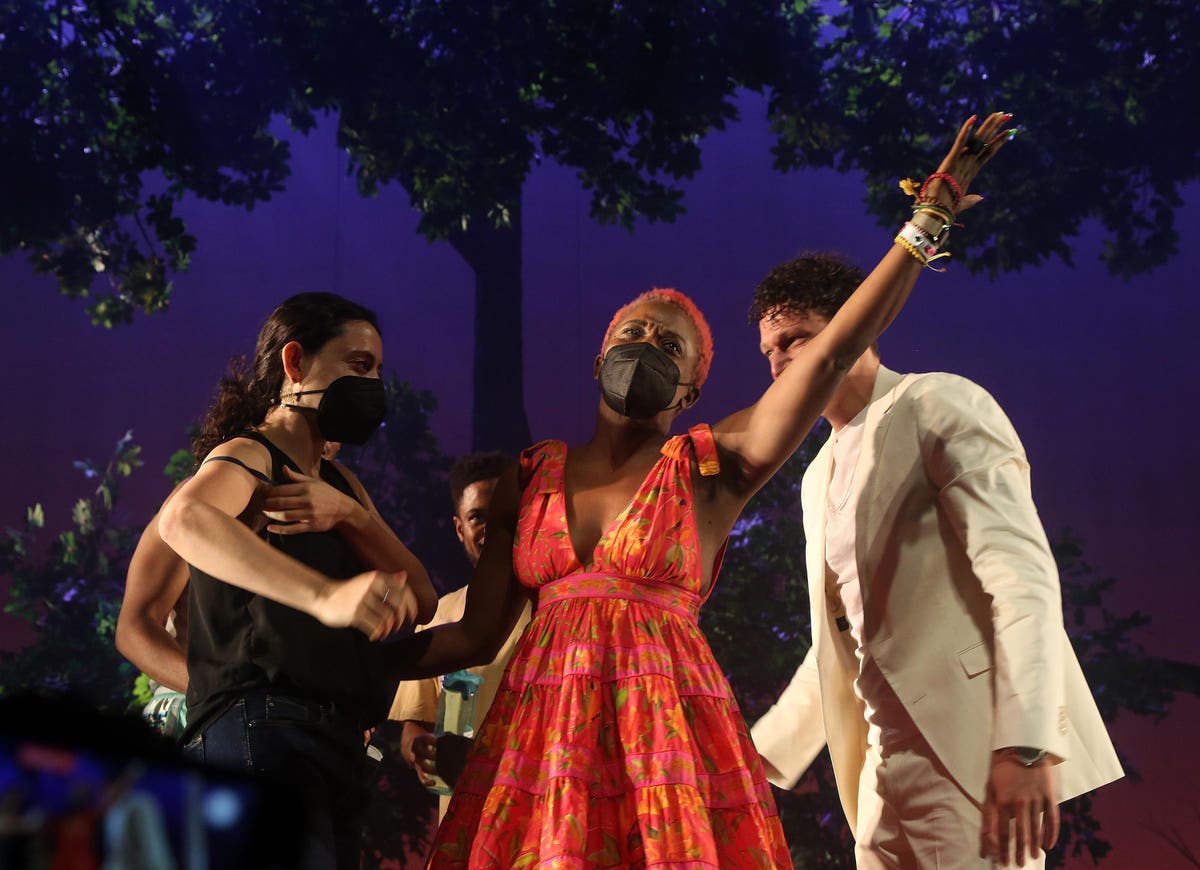 Pass Over is facing its own set of plagues.

According to several industry insiders, the first play to return to Broadway during the COVID-19 pandemic is now teetering on the brink of collapse. “The show is bleeding money,” confirmed one producer familiar with its finances, and some individuals do not think that the three-person show will be able to survive.

Whereas other Broadway shows have sold several millions of dollars worth of tickets before their curtains go up next month, preview performances of Pass Over began at the August Wilson Theatre with only about $400,000 in advance ticket sales, according to the sources. The “great deal of pent-up demand for Broadway” which Charlotte St. Martin, the president of the Broadway League national trade association described last year, has apparently not benefitted the small play.

Even without any current competition on the Great White Way, many theatergoers are choosing to pass over Pass Over.

Although the lead producer of the play stated earlier in the week that the play is “selling well,” about half of the tickets to some performances next week remain unsold. Also, while about two-thirds of the seats are filled in the theater on any given night, many of the tickets are being given away for free.

While the producers of the play declined to confirm how much money the show has sitting in the bank, other Broadway producers believe that it might not have enough cash to keep the lights on until the end of its nine-week run. The team behind the show was still seeking to raise a significant portion of its $2.8 million initial capitalization costs right before the start of preview performances, and it is possible that they are now exploring loans to avoid a premature closing.

“There is a building full of people making Herculean efforts to mount a play that we deeply care about … [t]o employ people and keep them safe, … [a]nd welcome audiences and keep them safe,” commented the lead producer, Matt Ross.

Last week, Ross announced that Pass Over will officially open three weeks earlier than planned on Sunday, August 22. “We built our schedule with more time than we would need knowing there was a real possibility we would need to delay rehearsals or previews,” he explained. “Thanks to the extraordinary work of everyone in this company, we’ve been able to safely mount this production on schedule,” Ross said.

However, industry insiders suspect that producers actually moved up the opening date of the play in an effort to benefit from any boost at the box office from favorable critic reviews. Ross, who also works in the industry as a press agent, knows that positive reviews can prompt some theatergoers to purchase tickets, and help a struggling show reach the the promised land of profitability. One academic article published well before the COVID-19 pandemic reported that a Broadway show receiving one more star in a newspaper review was linked with a 23.2% decrease in the risk of its closing.

“They could not wait the entire period of previews to get the reviews,” surmised another Broadway producer monitoring the situation.

When a prior version of the play with a different ending was presented off-Broadway at Lincoln Center Theater in 2018, The New York Times awarded it a “Critic’s Pick.” “There’s no denying that the work packs a powerful punch,” commented another critic, praising the production.