Pennsylvania Election Audit Has Been ‘Stopped,’ GOP State Sen. Says As ‘Powers That Be’ Block Him From Issuing Subpoenas 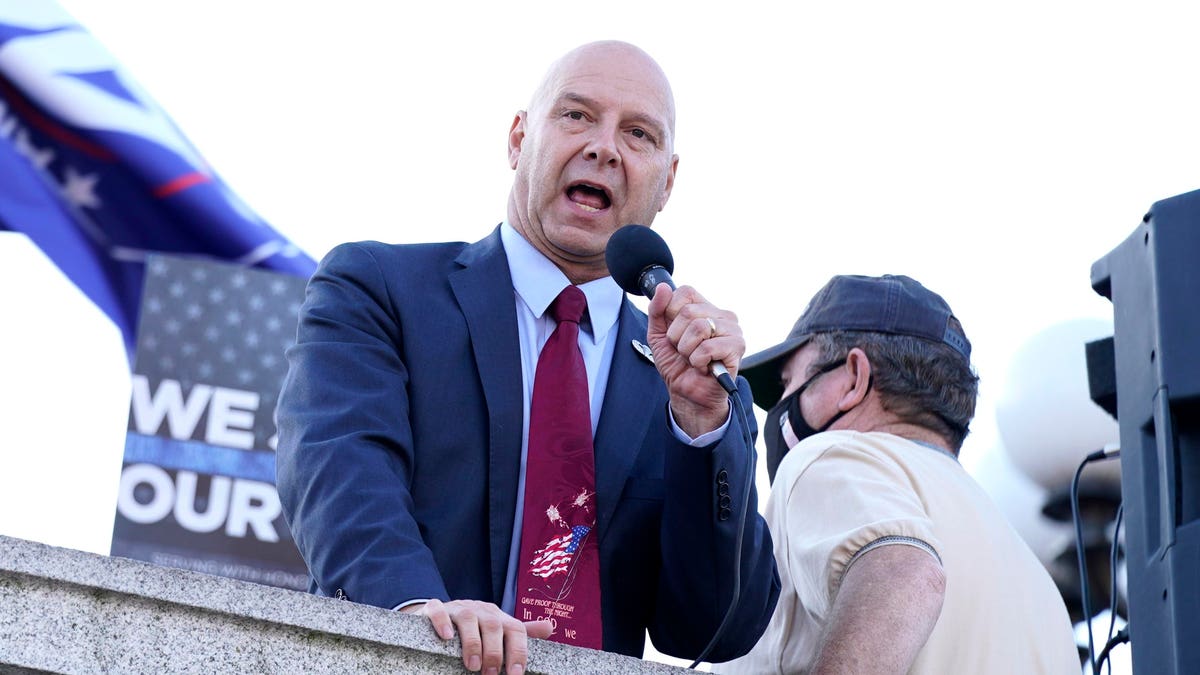 Pennsylvania State Sen. Doug Mastriano told supporters Thursday his efforts to launch a “forensic investigation” into the state’s election results has been paused, after the Republican claimed he had been prohibited from moving forward with a plan to issue subpoenas to counties for their election equipment.

In a now-deleted Facebook Live video reported by the Pennsylvania Capital-Star and Associated Press, Mastriano said his audit efforts had been “stopped for the time being” and his cause had been “weakened and diminished.”

Mastriano said he had set up a committee vote to issue subpoenas to three counties that rejected his request to voluntarily turn over their voting equipment, but “the powers that be made sure that didn’t happen.”

The GOP state senator had been attempting to launch an investigation similar to the one playing out in Maricopa County, Arizona, asking Philadelphia, Tioga and York counties to provide materials including voting machines and ballots so that a private company could examine them for any irregularities.

His plan had been met with resistance from even GOP officials, with county commissioners in Republican-leaning Tioga County issuing a statement August 10 that called for Mastriano to “withdraw his demands and to let responsible Republicans get back to work.”

While Mastriano did not specify what resistance he had faced from moving forward with his plans, the AP notes Republican leadership in the Pennsylvania state legislature “have been largely silent” about the state senator’s efforts and have not publicly supported it.

Mastriano’s office has not yet responded to a request for comment.

“Just pray that we get it done and pray that we stick together, and I would say we’re not in a very good spot right now,” Mastriano said Thursday, according to an excerpt of the Facebook livestream that was shared on Twitter. “If there’s a way I could do it without being stopped, a way around this obstacle, this momentary impediment, you know I would find it.”

Pennsylvanians “should speak with one voice to make this the end of the road for the Big Lie,” Pennsylvania Attorney General Josh Shapiro tweeted Thursday in response to Mastriano’s comments, saying the goal for those who have alleged election fraud “has always been to overturn the results of a free and fair election.” “People are seeing through it as an attack on local election officials and the right to vote.”

Mastriano sent letters to the three Pennsylvania counties in early July for their voting materials after long threatening to launch a “forensic investigation” into the election result in line with the Arizona audit. The lawmaker’s request prompted Pennsylvania Acting Secretary of State Veronica Degraffenreid to issue a new directive saying the state would decertify any county’s voting machines that were turned over to Mastriano, as the state did in Fulton County after it participated in a separate election audit. The threat of having their machines decertified, which would force counties to pay potentially millions of dollars to have them replaced, caused even the two Republican-leaning counties to decline to participate voluntarily in Mastriano’s probe, setting up the potential for Mastriano to try and force the counties to turn over their materials by issuing subpoenas. The Pennsylvania audit effort is one of a number of new efforts to launch election investigations now playing out across the country, as Republicans have been inspired by the highly controversial Arizona probe. The U.S. Department of Justice has warned the audits and the practice of taking voting equipment out of election officials’ possession could potentially violate federal law.

Pa. GOP lawmaker says the cause for a forensic election investigation is ‘weakened and diminished’ (Pennsylvania Capital-Star)