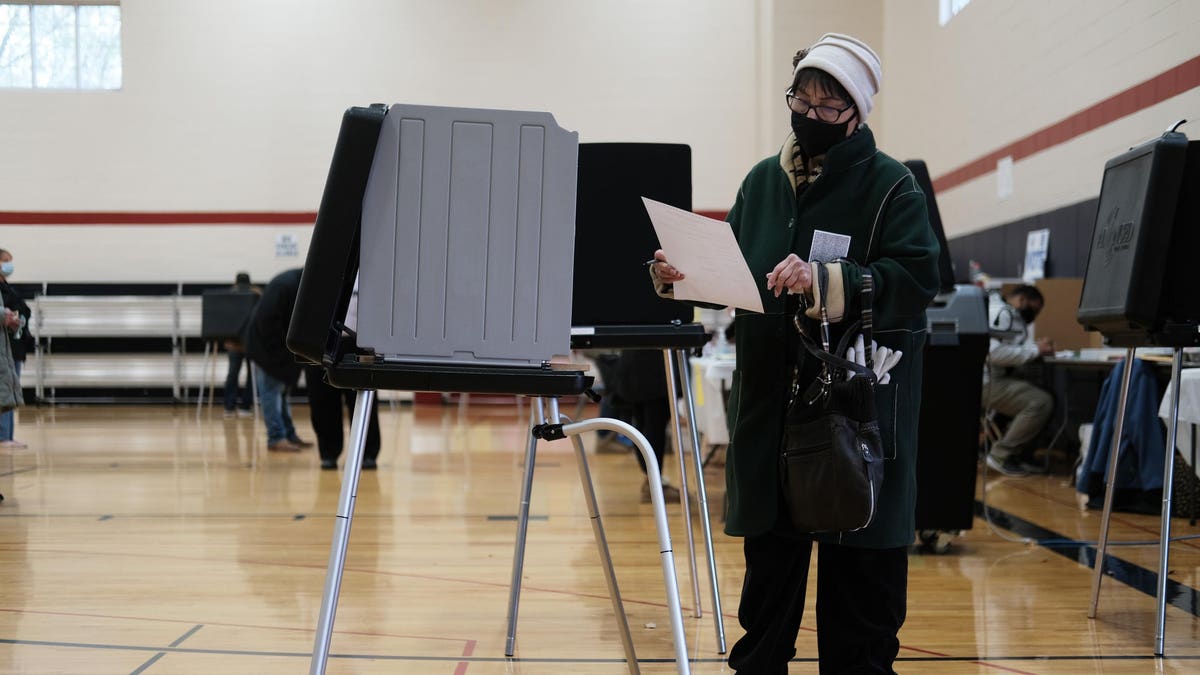 Republicans on a Pennsylvania Senate committee voted Wednesday to issue subpoenas for information including personal details about each of the state’s 6.9 million voters, which they intend to use in a controversial taxpayer-funded election “audit” by a third-party firm—though Democrats plan to file a lawsuit to block what the committee’s Democratic minority leader, Sen. Anthony Williams, described as a a “pure, unadulterated power grab.”

The 17 subpoenas include requests for communications between state and local elections officials and details on every state voter, including their name, birth date, address, drivers license number, last four digits of their Social Security number and how their ballot was cast.

The subpoenas are part of a so-called forensic audit into the state’s election results in November 2020 and May 2021, which Republicans say is necessary to investigate and improve the state’s election processes, but which Democrats have vehemently criticized as a “sham” investigation designed to erode trust in the vote count.

Any materials the committee receives as part of the subpoena are expected to be turned over to the third-party vendor hired to conduct the investigation, which Senate President Pro Tempore Jake Corman, a Republican, told the Philadelphia Inquirer he hoped to hire “in the very near future.”

Democrats raised numerous objections to the subpoenas and investigation during a committee hearing Wednesday, including denying that the committee has the authority to issue the subpoenas in the first place, and expressed concerns over the security risks to voters’ personal information and a lack of transparency over the process of choosing the third-party vendor.

In a press conference held after the committee meeting, Democrats said they intend to take legal action against the subpoenas and file a lawsuit later this week arguing their GOP colleagues do not have the authority to issue the subpoenas.

Republican state Sen. Cris Dush, who’s been tapped to lead the election investigation, declined to answer questions from Democrats on Wednesday on how the voter information would be used, who may have access to it and who the third party will be that will conduct the investigation. Dush did not rule out the possibility the third parties conducting the investigation could have ties to far-right attorney Sidney Powell, who has pushed baseless claims of election fraud, or any relationships with political candidates such as former President Donald Trump. The Republican lawmaker also did not provide details on how much the investigation will cost, though unlike a similar audit in Maricopa County, Arizona, that’s drawn widespread controversy, the probe is expected to rely on Senate funds instead of private donations.

Williams blasted the investigation and subpoenas at the hearing Wednesday, likening it to the McCarthy hearings against communism in the 1950s and said lawmakers were taking a “blowtorch on democracy.” “For the government to have access to your Social Security number should be scary to all of us.”

Wolf, a Democrat, is not expected to comply with the subpoenas, with spokesperson Lyndsay Kensinger telling Spotlight PA on Monday the governor’s office would “continue to strongly oppose any effort which would compromise the security and integrity of election materials and infrastructure, and undermine confidence in our elections by bringing an Arizona style circus to Pennsylvania.” Republicans’ attempt to get the election materials will likely be drawn out by the impending court battle over whether their requests are permissible, with a spokesperson for Corman telling Spotlight PA on Monday that Republicans are prepared to take any litigation over the subpoenas to the Pennsylvania Supreme Court.

Multiple governmental audits have already been conducted into Pennsylvania’s election results and affirmed their results, and numerous lawsuits challenging the state’s vote count and election processes in the 2020 election failed in court. There is no evidence of widespread fraud in the state’s election. The Pennsylvania election investigation kicked off last week with a public hearing after a contentious effort to get under way. Corman removed state Sen. Doug Mastriano, the Republican who had initially been conducting the probe, and replaced him with Dush. Mastriano, a Trump ally who had long been pushing for an Arizona-style probe, had asked three counties over the summer to turn over their voting machines and other election materials and threatened to subpoena them if they didn’t. All three refused, as the state threatened to decertify the voting machines if they did, and officials in a Republican-leaning county told Mastriano to “withdraw his demands and to let responsible Republicans get back to work.” The Pennsylvania state Senate probe is part of a broader GOP-led effort to copy the Arizona audit in other states across the country, which the Biden administration has warned could violate federal law.

Pa. Republicans are set to subpoena documents and hire a contractor for their 2020 election review (Philadelphia Inquirer)