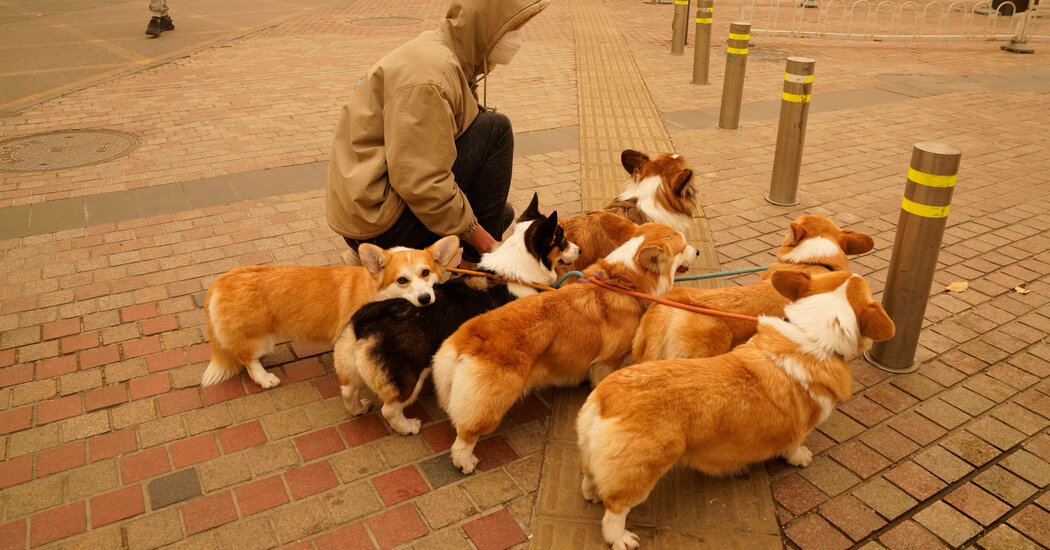 A local government in eastern China said it had reassigned decontamination workers and called on them to apologize after they entered a quarantined resident’s apartment and beat a pet corgi with a metal rod, triggering anger online.

Video of the incident, from a home security camera, circulated widely on Chinese social media on Saturday. It showed two workers in white hazmat suits pursuing the dog in an unoccupied apartment. It yelps as one worker swings at it with a metal bar. Then it is briefly caught in the legs of a table as it flees to another room off camera.

The dog’s death was not shown, but state media reports later said it had been culled. The vague wording of the Xinzhou district government’s statement Saturday, which said workers had “decontaminated” the animal though there was no indication it had been infected with the coronavirus, helped fuel the outcry.

The pet’s owner or owners could not be reached for comment. According to an account on the Twitter-like platform Weibo that first shared the video, the owners had been sent to hotel quarantine along with other residents of their neighborhood in the city of Shangrao, in Jiangxi Province. Jiangxi is experiencing a small-scale coronavirus outbreak, with more than 70 cases reported since the end of last month.

Quarantined residents were asked to leave their apartments so local government workers could disinfect them. But unlike in other Chinese cities, which allowed owners to take pets into quarantine or even arranged boarding, no preparations for animals appear to have been made.

It was unclear why the dog was killed. In other parts of China, a small number of animals have been killed as part of the pandemic response, including three cats that were euthanized in the northern city of Harbin in September after they were found to be infected with the coronavirus. Before the pandemic, some Chinese cities carried out large-scale campaigns to cull unregistered dogs and cats.

The online anger over the corgi’s treatment touched on broader concerns about draconian enforcement of China’s “zero Covid” policy, which has led to repeated lockdowns in some cities, and about the abuse of animals. China has no law against animal cruelty, despite the growing popularity of pet ownership.

“This kind of behavior is really chilling,” Zhang Junyang, a film director, wrote on Weibo.

“In the current epidemic situation, the grass roots personnel are indeed working very hard,” he added. “But why can’t we have a little warmth when dealing with domestic pets? Why can’t it be more humane?”

State media outlets sought to assuage anger over the episode, calling it an isolated mistake that should not reflect poorly on the national pandemic response.

“Observers admit the imperfect behavior of the anti-epidemic staffer, but they have also called for more understanding toward the front-line workers who are working tirelessly to curb the epidemic,” read one report in the Global Times newspaper, which is owned by the ruling Communist Party.