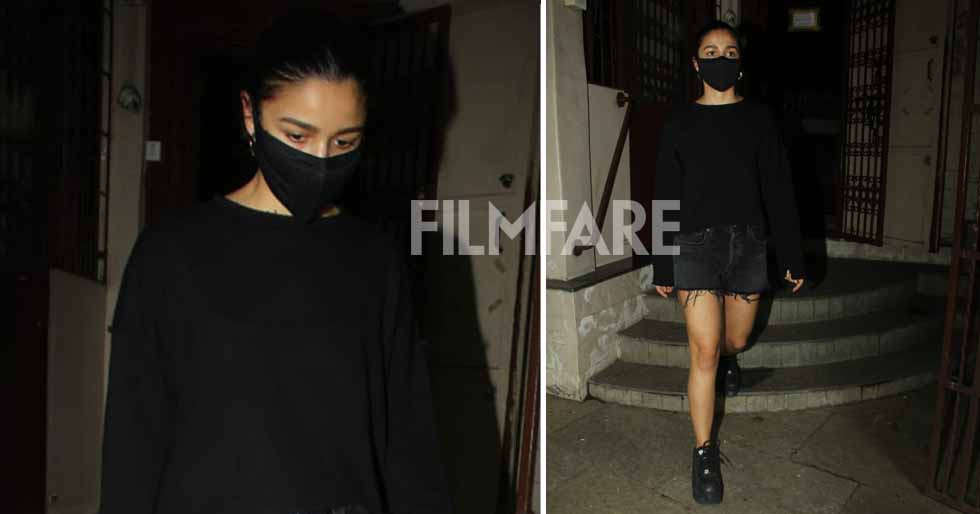 Alia Bhatt is a busy actor in Bollywood with some of the biggest projects. The actress is tied up with work and even amidst the pandemic, she’s busy completing her projects back to back. While last week she had just resumed work on RRR, looks like now today is finishing work on one of her other projects.

We snapped Alia Bhatt outside a dubbing studio in Bandra (Mumbai). The actress looked pretty cool in her casual avatar. She opted for a black pullover and denim shorts and hair tied up in a knot. Alia had her mask on and hence she didn’t mind obliging some of her fans for a selfie.

Alia Bhatt is working with some of the biggest filmmakers in her next films. She has Sanjay Leela Bhansali’s Gangubai Kathiawadi, Karan Johar’s Rocky Aur Rani Ki Prem Kahaani, SS Rajamouli’s RRR. She even has Brahmastra in her kitty, and Darlings for which she has turned a producer.