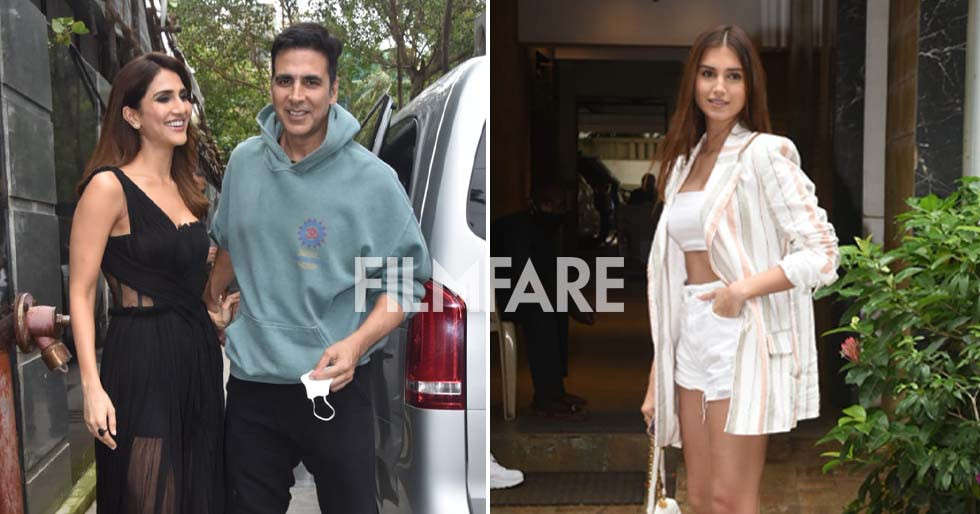 Tara Sutaria’s colour of the season appears to be white. The actress made another stunning public appearance today outside director Mohit Suri’s office in Mumbai’s Bandra suburb. Tara wore a white tube top, white denim shorts which she paired with white sneakers and a white bag. The actress paired the look with a striped blazer.

Another fashion statement was made by actor Vaani Kapoor who was papped outside the Pooja Entertainment office in Juhu. Vaani looked uber glamorous in a black sheer dress which she paired with black stilettos. The actress posed for the paparazzi as she entered the building and again when she exited with actor Akshay Kumar. Akshay Kumar went casual with a green sweatshirt and black track pants. Akshay and Vaani posed for the paps but maintained social distancing norms.

Akshay Kumar and Vaani Kapoor will be seen next in Bell Bottom. The film was supposed to release in July but reports have emerged since then that it may release on August 13.