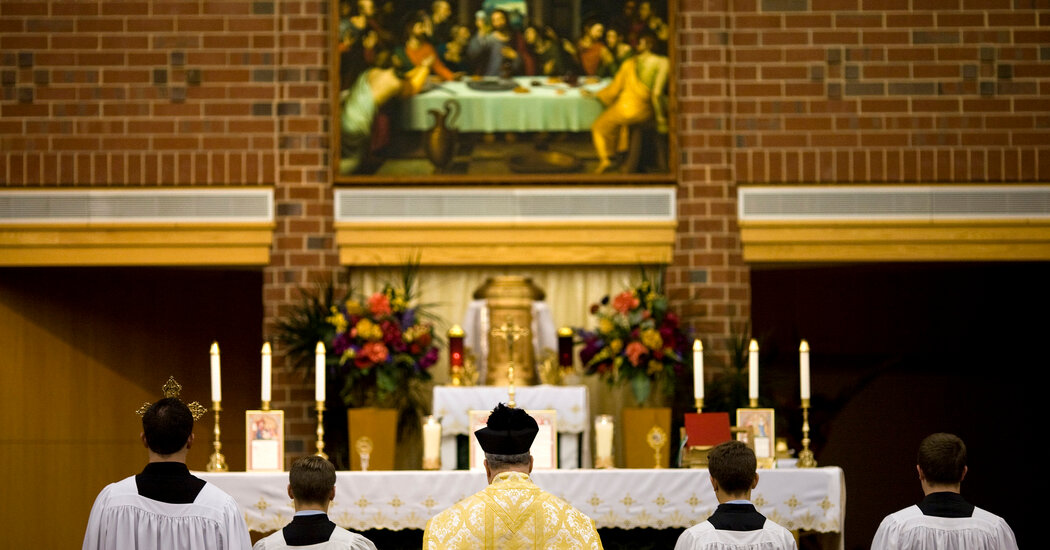 Pope Francis took a significant step toward putting the Roman Catholic Church’s liturgy solidly on the side of modernization Friday by cracking down on the use of the old Latin Mass, essentially reversing a decision by his conservative predecessor.

The move also dealt a blow to church conservatives who have long complained that the pope is diluting the traditions of the church.

Francis, in a papal Motu Proprio — or a document issued under the pope’s own legal authority — placed new restrictions on where the traditional Latin Mass can be celebrated, who can celebrate it and requiring new permissions from local bishops for its use.

Those hurdles made it clear that Francis believes that champions of the old Latin Mass are exploiting it to oppose more recent church reforms and to divide the church. Since the 1960s, the church has used a more modern and vernacular liturgical book to make the faith more accessible to the faithful.

Beyond the so-called Liturgy wars of the church, Francis’ new law also perhaps served as an answer to questions about whether his recent health scare would slow him down, or speed up his upheavals in the church.

Francis was released from the hospital following colon surgery on Wednesday. The new law, dated July 16 and issued at Saint John Lateran in Rome, sends a strong sign that Francis, who has repeatedly noted his awareness that he will only lead the church for a finite time, intends to make his changes stick.

Francis’ predecessor, Pope Benedict XVI, had relaxed the restrictions on the old Latin Mass, also called the Tridentine Mass, in 2007. It was a move seen as a microcosm of the church’s shift toward traditionalism during his papacy.

In statements released by the Vatican on Friday, Francis argued that the change, designed to bring unity to the church and bring its most traditionalist and schismatic corners back into the fold, had become a cause of division and a cudgel for conservative opponents of the Second Vatican Council, the major church meetings of the 1960s that ushered in many modernizing reforms.

Francis cited those reforms, especially liturgical rules enacted in 1962 by Pope John XXIII, in explaining his law. Many analysts see Francis’ pontificate as the restoration of those reforms after three decades of leadership by conservative popes who thought they went too far.

Live Updates: Death Toll From Flooding in Europe Passes 100 and Is Likely to Grow