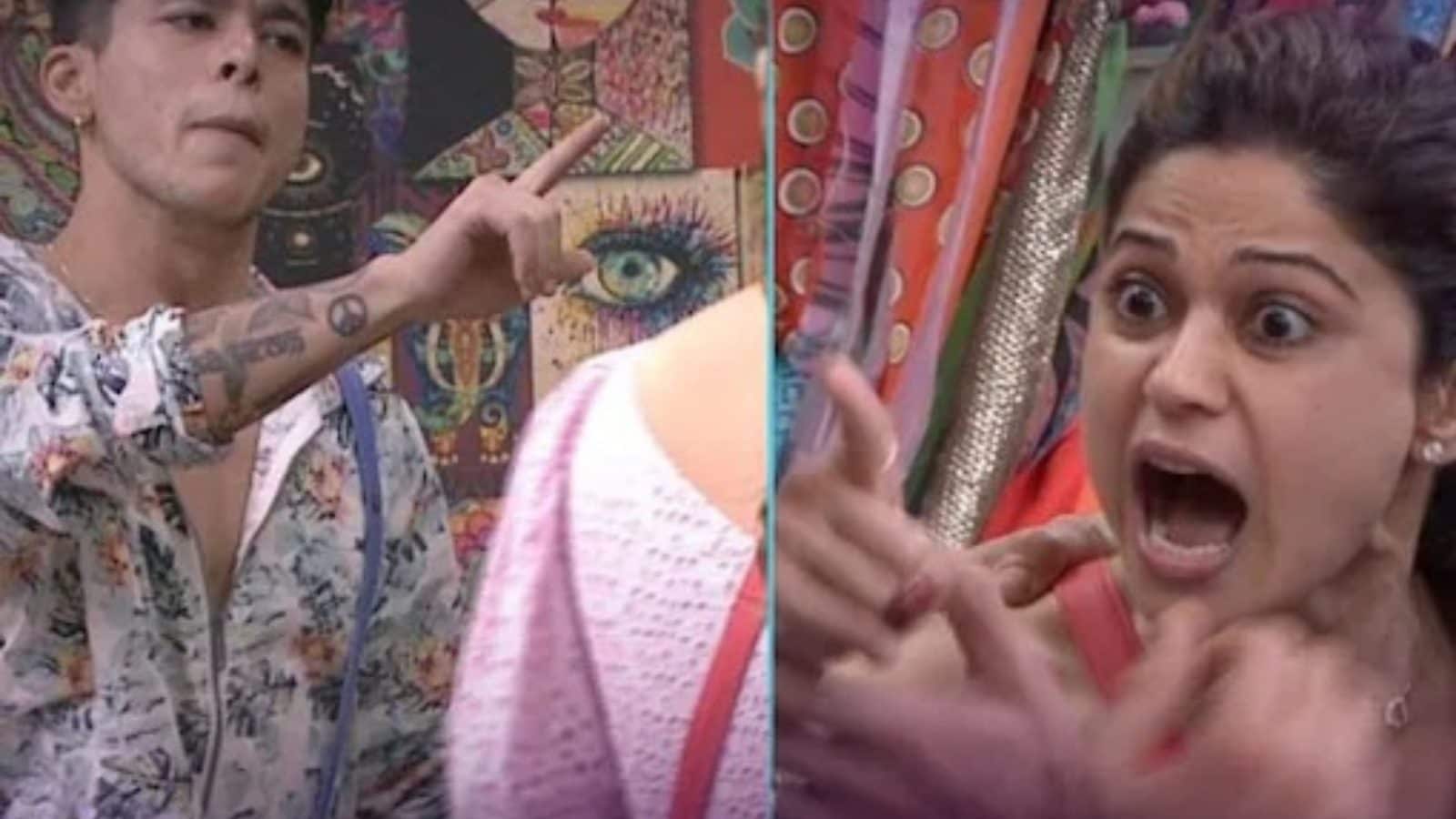 The first day of Bigg Boss OTT saw its two contestants Shamita Shetty and Pratik Sehajpal clashing with each other. They were involved in a spat over food. Due to shouting by other contestants, their comments were indecipherable. However, in a video shared online, she told Pratik, “You are not very well-behaved.” This came after Pratik got into a heated argument with Divya Agarwal.

This all happened on Sunday night, the first day of the Karan Johar hosted digital version of the reality show.

At the Bigg Boss OTT premiere, Pratik locked horns with Shamita. At the launch, Karan Johar explained to the contestants that the concept of the show revolves around making connections, and female contestants are required to pair up with male contestants throughout the finale.

In conversation with Karan, Shamita said that Pratik Sehajpal has a Korean influencer look and she loves watching K-dramas. However, when the time came to choose two male contestants from the lot, Shamita did not pick Pratik to which he objected. She said, “You look Korean but I will not choose you. Think before you speak.”

In the first episode, Pratik asserted that he would do all his chores himself until duties were assigned. This made Divya furious as she doubted that he would use ‘extra ration’ to cook separately for himself and later it would ‘cost everyone’. The arguments between them escalated after Divya asked Pratik to make rotis for everyone but he refused to do so. Making a personal attack, she claimed that Pratik gained popularity because of her and her boyfriend Varun Sood. Angry Pratik called Divya “fake” and “bloody fool”.

Bigg Boss OTT is a prelude to Bigg Boss 15 where the audience will have 24×7 live access to the housemates. It is currently streaming on Voot. Later, the best performers will become part of Salman Khan hosted TV version.