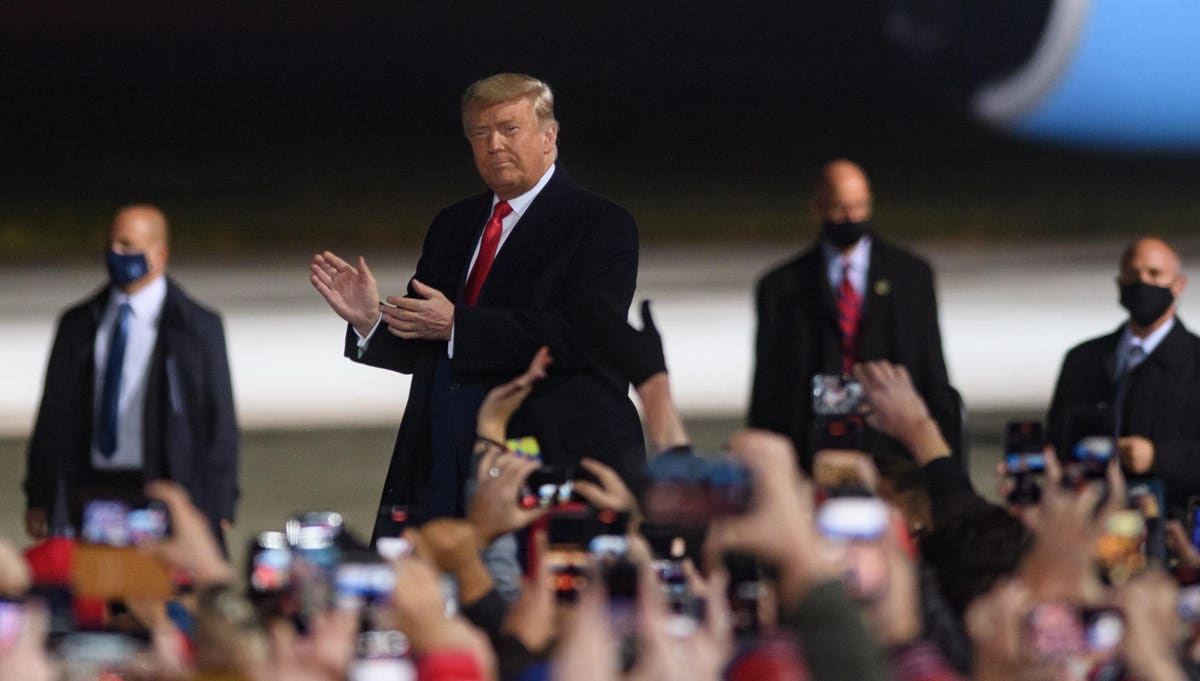 A federal judge in Colorado sanctioned two pro-Trump attorneys Wednesday who had filed a lawsuit after the presidential election alleging widespread fraud, with the judge saying in a scathing ruling that their claims were “disorganized and fantastical.”

U.S. Magistrate Judge N. Reid Neuriter ordered Ernest Walker and Gary D. Fielder to pay the attorney fees and expenses for the defendants in their lawsuit, which included state leadership from Wisconsin, Pennsylvania and Georgia; Facebook and its CEO Mark Zuckerberg and his wife Priscilla Chan and voting machine company Dominion Voting Systems.

The litigation, filed in December 2020 and dismissed in April, was a purported class-action lawsuit filed “on behalf of all American registered voters” that made wide-ranging claims of election fraud and sought damages of $1,000 per voter—adding up to $160 billion, which the judge noted is “greater than the annual GDP of Hungary.”

Neuriter said sanctions were warranted in the case because Walker and Fielder “did not conduct a reasonable inquiry into” whether their fraud claims were actually true, describing the lawsuit as “litigation by ‘cut-and-paste’” as the attorneys included fraud allegations from other post-election lawsuits in their complaint without speaking to the lawyers who filed those lawsuits or looking further into their claims.

The judge also awarded sanctions based on the plaintiffs’ basic legal mistakes, writing it “should have been as obvious to Plaintiffs’ counsel as it would be to a first-year civil procedure student” that state officials in Wisconsin, Pennsylvania and Georgia couldn’t have been sued in Colorado for elections in their states.

Neuriter slammed the pro-Trump plaintiffs’ purported evidence as “one enormous conspiracy theory,” noting that the allegations of fraud they made had been repeatedly struck down by other courts and saying the affidavits in the lawsuit “are notable only in demonstrating no firsthand knowledge by any Plaintiff of any election fraud, misconduct, or malfeasance.”

Walker and Fielder have not yet responded to requests for comment.

“It is difficult to look into the mind of a person and determine his motives—what precisely he was thinking,” Neuriter wrote. “Nevertheless, in this case, I can conclude that Plaintiffs’ counsel acted with objective bad faith in filing this lawsuit and dumping into a public federal court pleading allegations of a RICO conspiracy that were utterly unmerited by any evidence.”

$95,000. That’s how much the pro-Trump plaintiffs raised from the public to fund their lawsuit, Neuriter noted in his ruling, after Fielder solicited donations on a website dedicated to the litigation. The exact amount the attorneys will have to pay in sanctions is still to be determined based on the amount the defendants’ accrued in attorneys fees.

The Colorado lawsuit is one of dozens filed by right-wing attorneys in the aftermath of the election, which were almost entirely unsuccessful and failed to have any impact on the election results. Many of the attorneys who brought them are now facing consequences. The Arizona GOP and other pro-Trump attorneys and plaintiffs have been ordered to pay attorneys fees, another lawyer was referred for disciplinary action and Trump attorney Rudy Giuliani has had his law license suspended, with other punishments likely still to come. Defamation lawsuits seeking more than $1 billion in damages have been filed against Giuliani and far-right attorney Sidney Powell, who is also facing potential sanctions in a Michigan post-election lawsuit along with other threats of sanctions and disbarment in Michigan, Wisconsin and Arizona. Attorney Lin Wood, who was named in Powell’s lawsuits and brought his own case in Georgia, is also now under investigation by the State Bar of Georgia, which could result in him being disbarred.

‘A propaganda tool’ for Trump: A second federal judge castigates attorneys who filed a lawsuit challenging the 2020 results (Washington Post)

It’s Not Just Michigan: All The Places Sidney Powell, Lin Wood And Pro-Trump Attorneys Could Be Punished For ‘Kraken’ Lawsuits  (Forbes)

With Giuliani’s Law License Suspended, Here Are The Other Trump Lawyers Who May Face Discipline Next (Forbes)