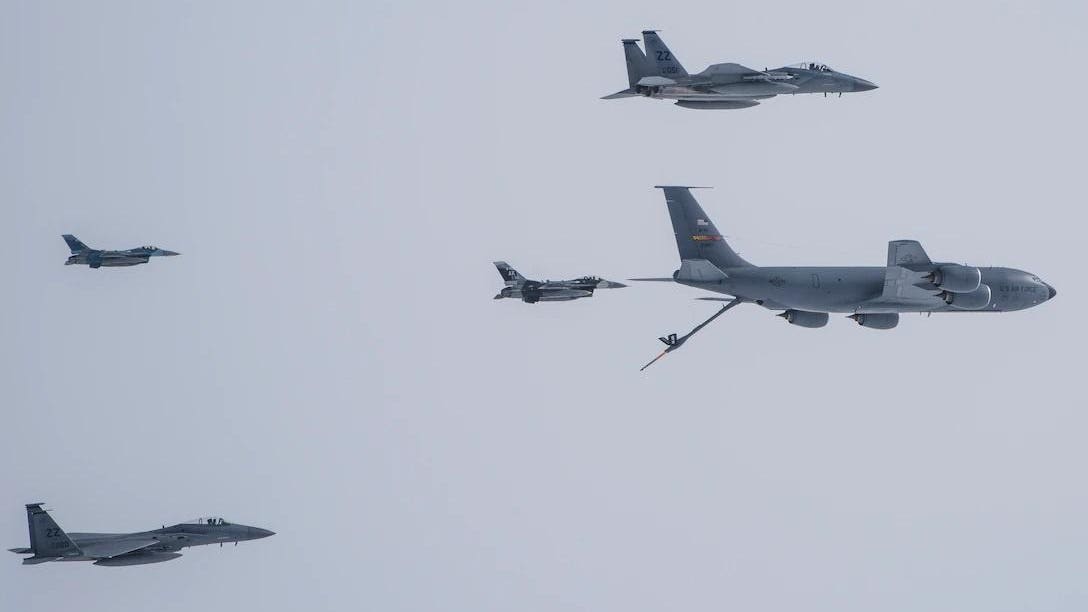 The U.S. military absolutely depends on the Air Force’s lumbering aerial tankers to extend the range of short-range fighters so they can travel the many hundreds of miles from the Pentagon’s Pacific bases to likely battle zones around, say, Taiwan.

The Chinese People’s Liberation Army knows this. And it’s working hard to develop new ways of shooting down the tankers. Knocking out the refueling planes and other so-called “high-value airborne assets” is one of the PLA’s top priorities.

And it’s a top priority of the U.S. Air Force to stop the PLA from taking out HVAAs. To that end, the Air Force Research Laboratory has launched a new program. It’s got an, ahem, interesting name.

Project Kaiju. A reference to the giant, rubber-suit monsters of Japanese cinema.

AFRL’s initial solicitation to industry for Project Kaiju dropped on Thursday. HVAA such as tankers “are necessary for mission success and are historically provided natural protection due to their operational distance being far enough outside the immediate battlefront,” the lab noted.

“With adversaries understanding the importance of HVAA to mission success, as well as their vulnerabilities, HVAA may become a likely target for emerging longer-range advanced threats.”

In particular, the Air Force is worried about new, long-range surface-to-air and air-to-air missiles featuring “multi-mode” seekers. Traditionally, a missile has just one kind of seeker. Infrared, radar or radar-homing.

More and more, however, munitions boast seekers with more than one mode. So if the target jams the radar, the missile switches to infrared guidance. Spoof the infrared, and the weapon might fall back on a passive, homing seeker. “A foreseeable problem is the relevancy and effectiveness of countermeasures developed for a single spectrum when they are employed against a multi-spectrum threat,” AFRL explained.

According to the lab, tankers and other HVAAs need countermeasures that can tell what kind of seeker is locking on, swiftly jam it then change up as the seeker itself changes. Imagine some kind of device combining sensors to detect incoming missiles plus various jammers to thwart them and—tying the whole thing together—a sophisticated artificial intelligence that can react as fast as the enemy munition can adapt.

“No R&D conducted under this program will be done in isolation, but rather in full consideration of how the new technologies can progress toward full integration with large, complex systems, ready to transition to support of the warfighter,” the lab explained.

In other words, the smart Kaiju jammer needs to come together quickly as a deployable piece of hardware. Chinese forces after all are getting more sophisticated by the month, while American tankers aren’t getting any faster, stealthier—or less vital to long-range warfare.

The Air Force lab plans to release more details on Project Kaiju in January. The five-year project should cost $150 million through 2026, AFRL projected.