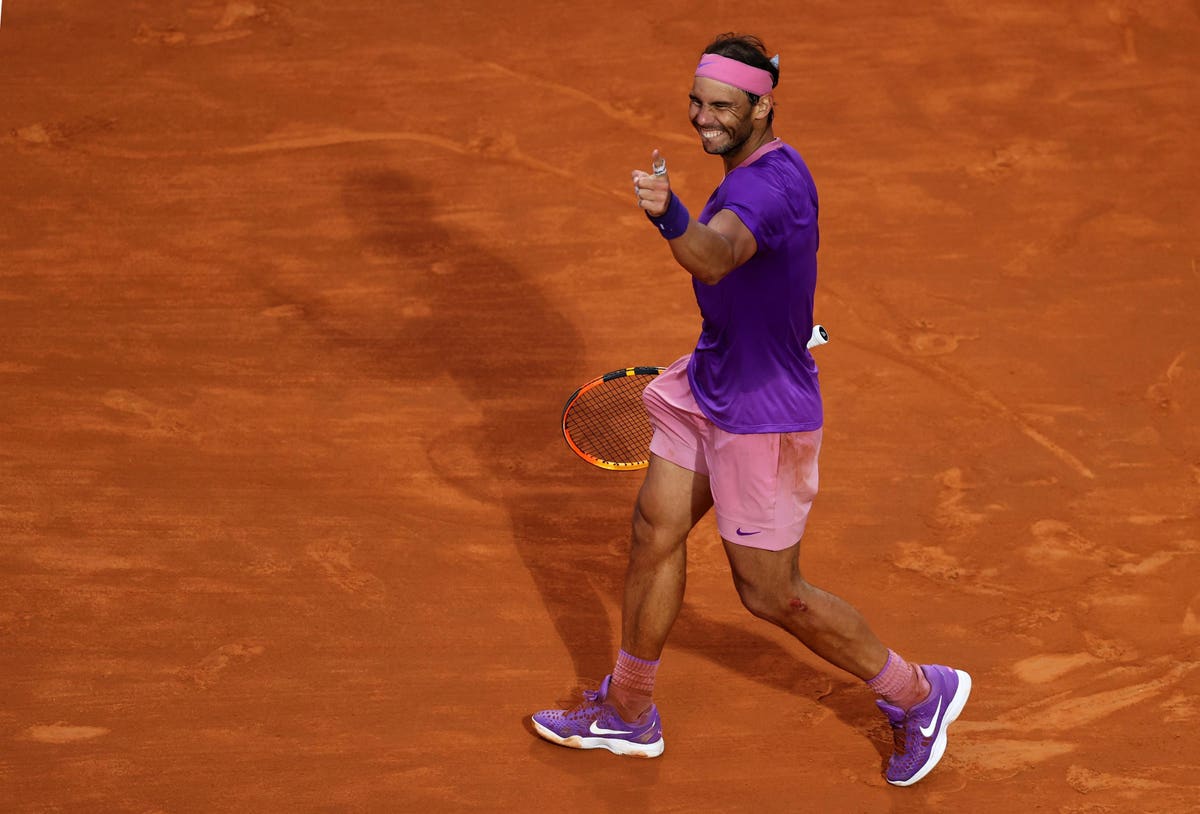 “It’s a very satisfying [victory],” Nadal said in his post-match press conference. “It’s amazing [to] have the trophy with me again one more time here in Rome. The 10th, I really wanted this 10th here in Rome. It was one of the first important titles that I won in my career.

“After achieving 10 in Roland Garros, 10 in Monte-Carlo, 10 in Barcelona, I really wanted this one.”

Nadal, 34, enters the French Open as the favorite to to break his tie with Roger Federer for first place among men with 21 major titles. Federer, 39, will play this week in Geneva after not having played since Dubai earlier this year.

Per DraftKings.com, Nadal is +100 favorite to win the French Open, followed by Djokovic at +300, Dominic Thiem at +600 and Stefanos Tsitsipas at +800, per DraftKings.

With his 88th tour-level title, Nadal moved into the sixth place in the ATP points rankings. He sits just 10 points behind world No. 2 Daniil Medvedev and 30 points behind Alexander Zverev, who is in fourth place.

Djokovic spent nearly five hours on court (4hrs, 56 mins) Saturday after winning his rain-delayed quarter-final against Stefanos Tsitsipas and a semifinal epic against Lorenzo Sonego to reach the final, while Nadal needed an hour and a half to take down American Reilly Opelka.

Djokovic, who was bidding to record his first win on clay against the Spaniard since the 2016 Rome quarterfinals, showed few signs of fatigue in the opening set against Nadal. The Serbian raced out to a 2-0 lead by staying aggressive and keeping the points short. But Nadal broke straight back, and his forehand speed steadily climbed as the match unfolded, earning 15 of his 21 winners in the first set and 26 of 37 overall.

“That’s a huge improvement for me, [a] very important shot. Especially on clay it’s gives me confidence.”