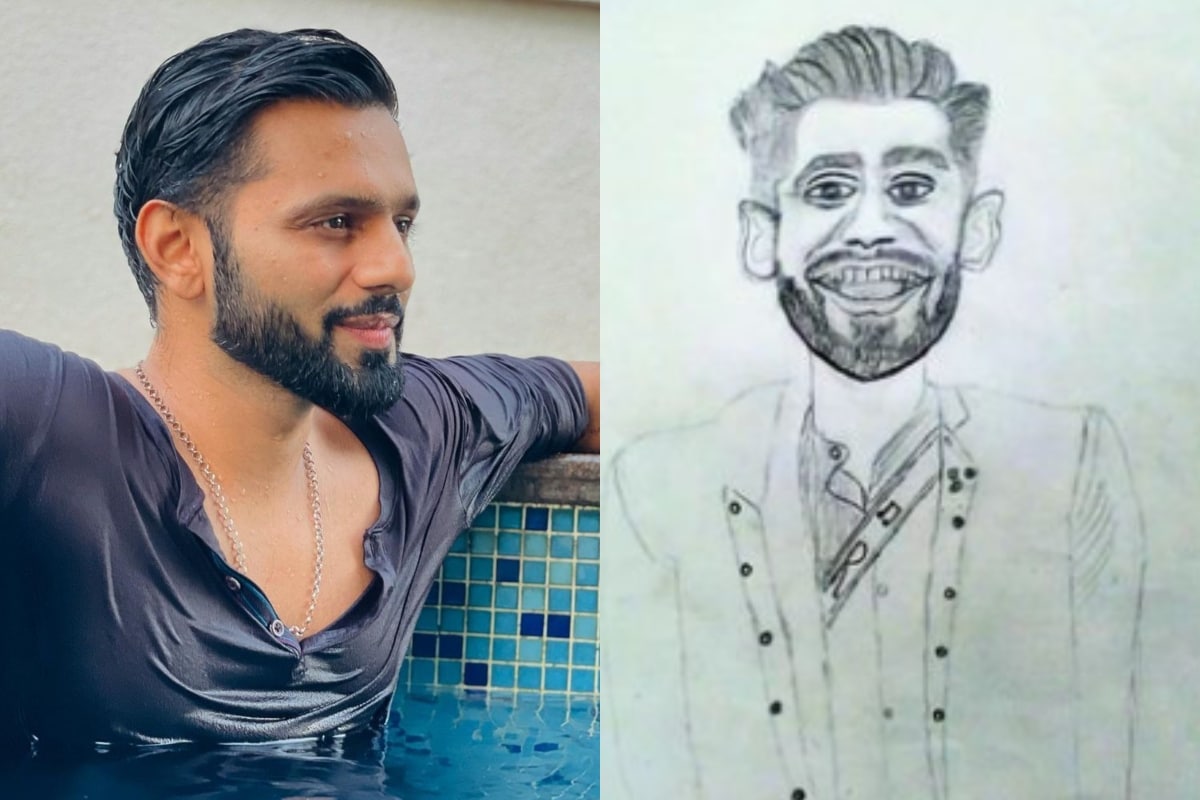 Singer Rahul Vaidya has earned a huge fan following in a very short span of time. Ever since he has taken part in Season 14 of the celebrity reality show Bigg Boss, he has been making headlines for more than one reason. While Rahul could not win the show and ended up as the first runner-up, he did manage to impress the majority of the audience with his sharp wit and sense of humour. Now, recently the singer has been in the news for trolling a sketch of him made by a fan. On Thursday, Rahul took to his Instagram Stories and shared the artwork which left him shocked instead of impressed. He posted a hilarious caption alongside the sketch.The pencil sketch seems to be inspired by the star’s look from Bigg Boss 14. In the artwork, his mouth can be seen open and teeth on full display. He can also be seen wearing an open-button jacket.

Along with the art, Rahul penned a hilarious caption and said it looked more like a monkey rather than him. But he made sure to thank the artist for his efforts. Seems the singer is quite confident about his good looks and no bad fan art can make him doubt it. However, the artist’s original post received a lot of positive responses as netizens praised him for his dedication and love for RKV.

On the professional front, the star is currently busy shooting for the 11th season of the stunt-based reality show Khatron Ke Khiladi in South Africa’s Cape Town. He is joined by other celebrities like Divyanka Tripathi Dahiya, Abhinav Shukla, Sana Makbul, Anushka Sen, Shweta Tiwari, and Varun Sood, among others.