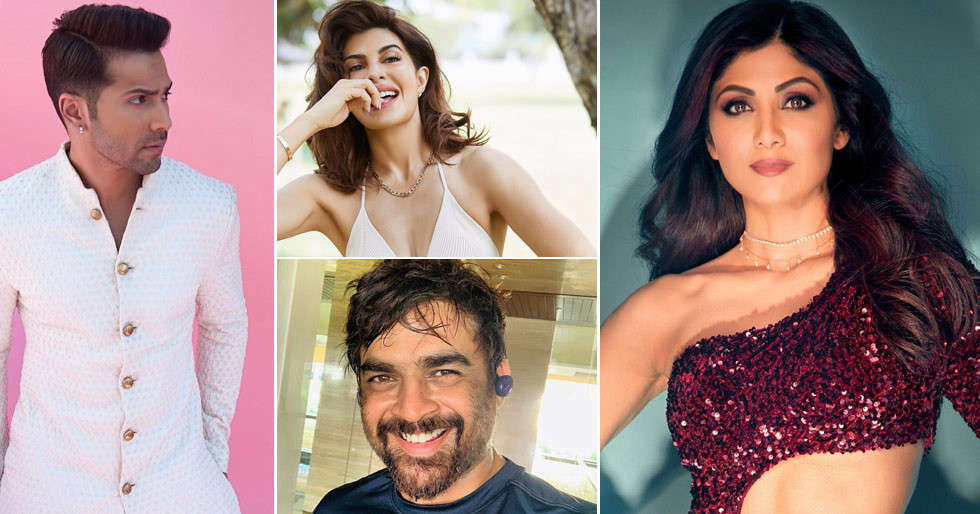 Filmmaker Hansal Mehta had recently sent a message of strength and support to actress Shilpa Shetty and also criticised Bollywood for remaining silent in the face of the vicious trolling she’s been facing. Shilpa Shetty has been in the eye of the storm ever since her husband, businessman Raj Kundra was arrested for allegedly distributing pornography via certain apps. Currently Raj Kundra is in judicial custody. Shilpa Shetty has been largely silent on the issue, however, she did take to court to file a defamation suit against multiple media organisations and social media platforms like YouTube and Facebook for allegedly ruining her reputation. Now, actor R Madhavan has also come out in support of the actress.

Shilpa had posted her official statement on the matter on her social media accounts. “You are one of the strongest people I know and I have complete faith that this challenge too you will overcome with grace and dignity. Our prayers always with you and your family,” R Madhavan commented under her post.

This is what Shilpa had written:

“Yes! The past few days have been challenging, on every front. There have been a lot of rumours and accusations. A lot of unwarranted aspersions on me cast by the media and (not so) well wishers as well. A lot of trolling/questions posed… not only to me but also to my family. MY STAND… I HAVE NOT COMMENTED YET and will continue to refrain from doing so on this case as it is subjudice, so please stop attributing false quotes on my behalf,” she wrote.

“As a family, we are taking recourse to all our available legal remedies. But, till then I humbly request you – especially as a MOTHER – to respect our privacy for my children’s sake and request you to refrain from commenting on half-baked information without verifying the veracity of the same,” she said. “We don’t deserve a media trial. Please let the law take its course,” she added. 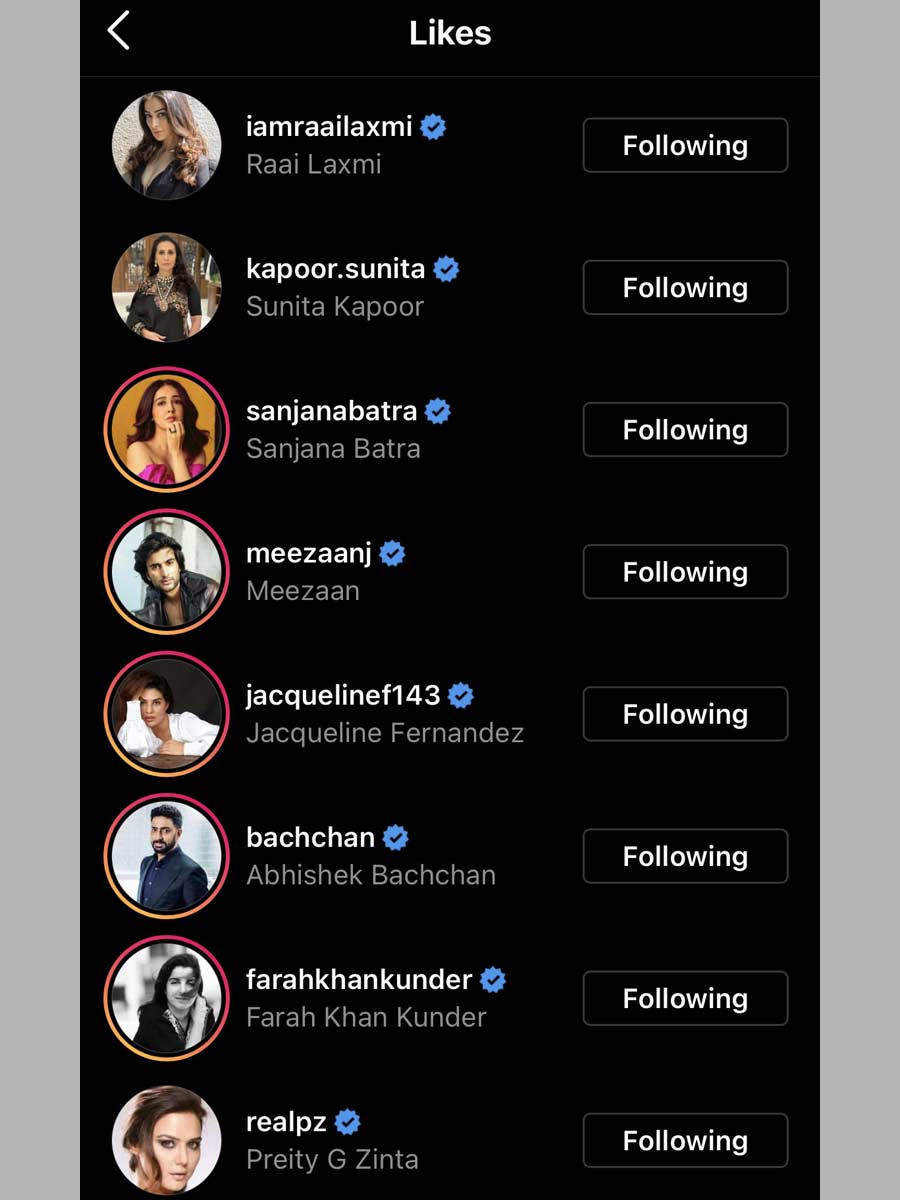 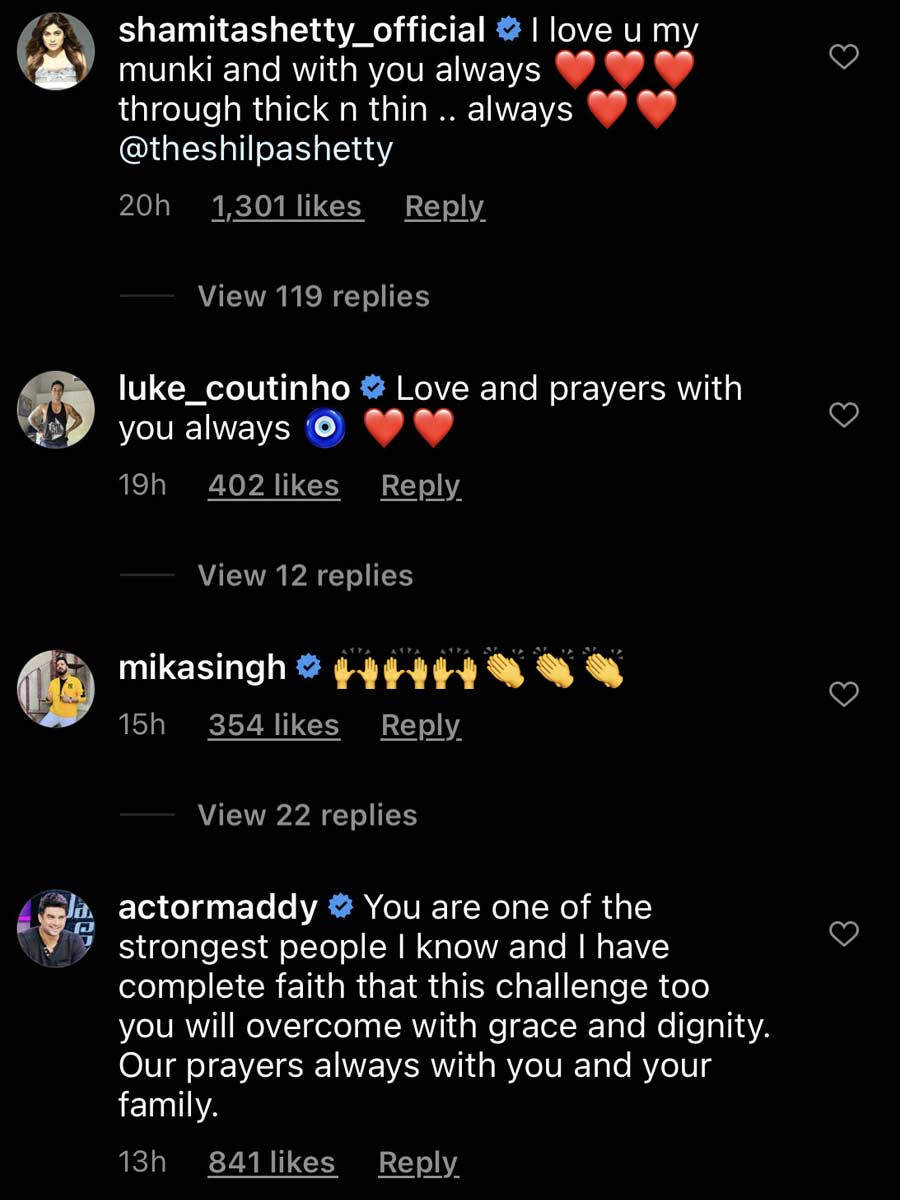 Earlier actress Richa Chadha had also come out in support of Shilpa Shetty and said that she is glad that the actress is suing the media and others mentioned in the suit.