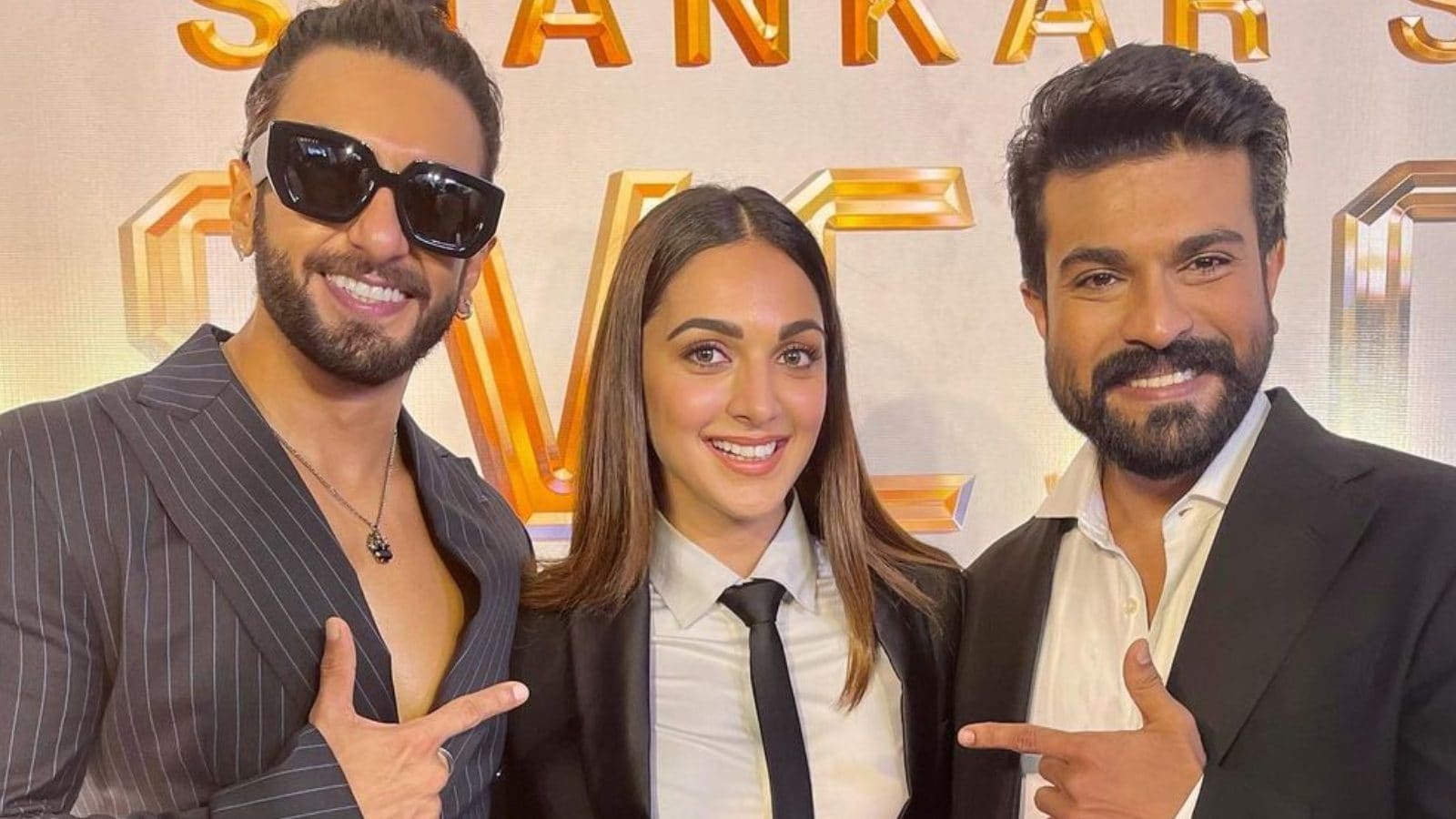 RC 15 aka SVC 50 is one of the highly anticipated movies of the year as actor Ram Charan and director Shankar have collaborated for the first time.

Kiara Advani shared the first poster of her debut pan-India film, which is tentatively titled RC15 and SVC 50. The film also marks Kiara’s first collaboration with South superstar Ram Charan, who will play the male lead. The film went on floors on Wednesday at a grand launch event, which took place in Hyderabad.

In the poster, shared by Kiara on her Instagram account, the actress and Ram Charan can be seen donning black suits and aviators. The actress captioned the poster: “Excitement level beyond for my First Pan India film. My heart is filled with gratitude to be directed by the one and only @shanmughamshankar garu and my absolutely wonderful friend and costar @alwaysramcharan produced by #DilRaju garu. With your blessings, love and good wishes our film has begun.”

Meanwhile, Ranveer Singh and Shankar are teaming for the Hindi-language remake of the 2005 Tamil blockbuster Anniyan. Bringing them together is veteran film producer Dr. Jayantilal Gada of Pen Studios. The yet-untitled project is slated to go on the floors in mid-2022, and will be co-produced by God Bless Entertainment.