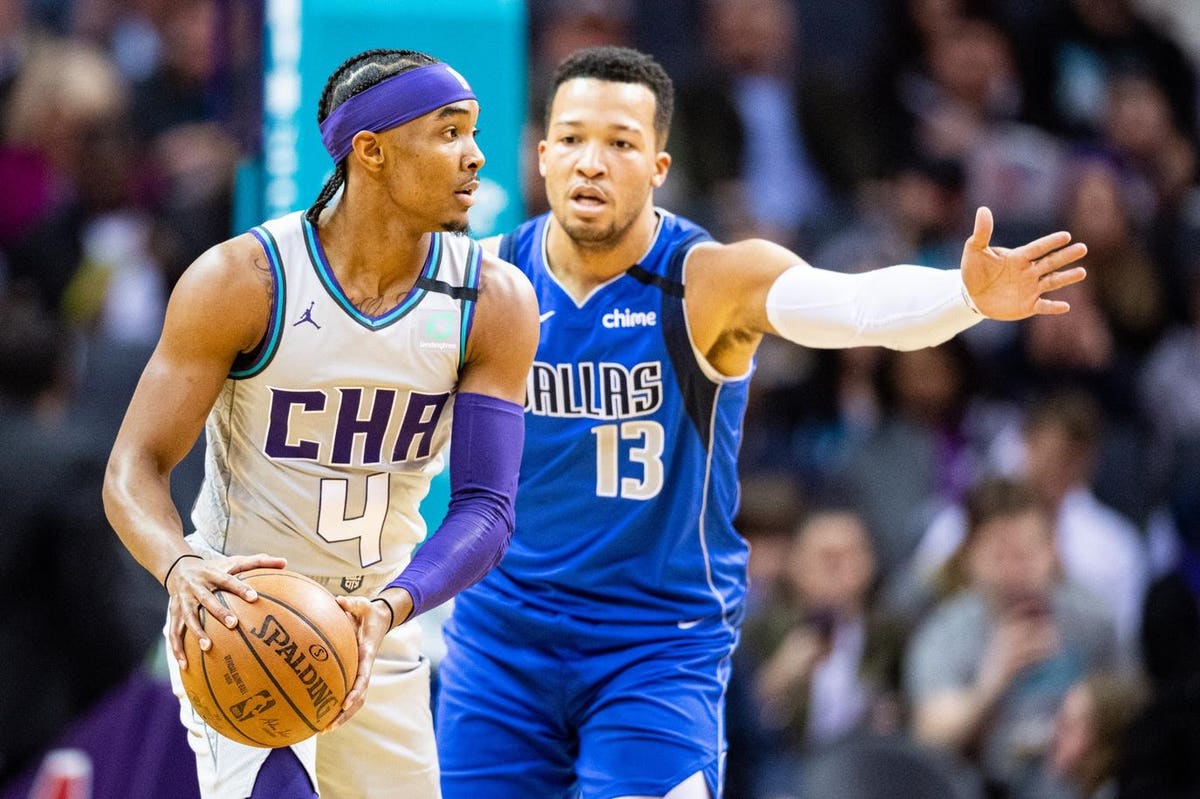 Building a championship-caliber roster in the NBA is all about exploiting market inefficiencies. Just ask the Milwaukee Bucks.

Maximum contracts restrict what top-level players can get paid, so they often far outproduce their salary. Finals MVP Giannis Antetokounmpo earned only $27.5 million this past season, but ProFitX estimated his real-time value to be $35.2 million.

The rookie scale dictates how much first-round picks earn over their first four seasons, so they likewise tend to provide far more value than older veterans on eight-figure annual salaries. Atlanta Hawks guard Trae Young earned less than $6.6 million in the third year of his rookie-scale deal, but ProFitX pegged his real-time value at $37.4 million.

Great front offices separate themselves from the pack by hitting value signings on the margins, too. Every title hopeful needs at least one or two stars, but cheap role players are the best way to round out a roster.

The Bucks spent their bi-annual exception on Bobby Portis last offseason, and he rewarded them by shooting 47.1 percent from deep during the regular season and coming up big time and again throughout the playoffs. Bryn Forbes signed a minimum deal with Milwaukee, and he shot an outrageous 48.5 percent from deep in the first-round sweep of the Miami Heat.

How do you quantify which NBA players provided the best bang for the buck during the 2020-21 regular season? By dividing the total amount of money that teams spent on salary (more than $3.4 billion) by the amount of wins above replacement that players accrued leaguewide (via FiveThirtyEight’s RAPTOR metric), we arrive at one WAR costing roughly $4.5 million.

From there, it’s a matter of determining which players produced far more value than their contracts would have suggested.

Two years ago, Cameron Payne’s time in the NBA appeared to be over. Now, the No. 14 overall pick from the 2015 draft has resuscitated his career in Phoenix.

Payne originally joined the Suns ahead of the bubble last year, where he averaged 10.9 points on 48.5 percent shooting, 3.9 rebounds, 3.0 assists and 1.9 triples in only 22.9 minutes per game off the bench. They exercised their $2.0 million team option on his contract this season, and he responded with more steady-handed play in a reserve role.

Payne caught fire toward the end of the season, averaging 13.5 points on 53.9 percent shooting and 2.2 threes over his final 11 regular-season games, and he carried that right into the playoffs. He had four straight double-digit scoring outings against the defending champion Los Angeles Lakers in the opening round, including a 19-point, seven-assist night in Game 2.

Given the success he had in Phoenix over the past year, Payne figures to prioritize re-signing with the Suns this offseason. But if they’re unable to retain him for any reason, teams in need of a backup point guard should come calling.

Last year, Duncan Robinson was one of the biggest surprises in the NBA. The undrafted free agent shot a scorching 44.6 percent on 8.3 three-point attempts per game, and he finished the 2019-20 regular season tied with Phoenix Suns star Devin Booker for the 21st-most WAR across the league (6.0).

Robinson’s quick release and elite shooting ability should keep him in the NBA for a long time, but he doesn’t offer a ton of value beyond that. He can’t reliably create off the dribble for himself and others, and he’s a minus defender who could become a liability if he isn’t knocking down a high volume of shots.

Considering what Joe Harris (four years, $75 million) and Davis Bertans (five years, $80 million) fetched in free agency last year, Robinson figures to sign a long-term contract this summer worth around $20 million annually. The 2020-21 season will be the last in which he’s among the best bargains across the NBA.

Jalen Brunson cemented his place this year as one of the NBA’s best backup point guards.

The Villanova product averaged a career-high 12.6 points, 3.5 assists, 3.4 rebounds and 1.2 triples while shooting 52.3 percent overall and 40.5 percent from deep. He finished fourth among all Mavericks in WAR, trailing only Luka Doncic, Dorian Finney-Smith and Tim Hardaway Jr.

While Kristaps Porzingis struggled to cement his place as a building block around Doncic this season, Brunson demonstrated the playmaking chops to work either with Doncic on or off the floor. He can run the Mavericks offense when Doncic catches a breather and serve as a secondary ball-handler alongside the 22-year-old phenom.

Brunson’s $1.8 million salary for the 2021-22 season isn’t yet guaranteed, although the Mavericks are a lock to keep him around. The bigger question will be how they approach his upcoming unrestricted free agency in 2022.

Brunson might not profile as the starting point guard on a championship-caliber team, but he could be headed for a Monte Morris-esque payday (three years, $27.8 million) after next season. Until then, he’ll remain one of the best-value contracts in the NBA.

After signing a two-way contract with the Oklahoma City Thunder ahead of the 2019-20 season, Lu Dort didn’t make much of an impact right away. He played in only seven of the Thunder’s first 42 regular-season games and averaged a minuscule 3.3 points on 32.0 percent shooting in 16.4 minutes per game.

He cemented his role as a rotation player soon thereafter, though.

Although Dort wasn’t much of a scorer as a rookie—he topped the 10-point mark only seven times in his 36 regular-season appearances—his defense made him a fixture in the Thunder’s starting lineup. He harassed James Harden throughout the first round of the 2020 playoffs, and he nearly keyed the Thunder to a Game 7 victory with an out-of-nowhere 30-point eruption.

As OKC pivoted into a rebuild this season, Dort took on a larger share of offensive responsibilities. He went from averaging 6.8 points and 0.8 three-pointers as a rookie to 14.0 points and 2.2 triples this season, although his shooting percentages (38.7 percent overall, 34.3 percent from deep) left much to be desired.

The Thunder have Dort under contract for $1.8 million in 2021-22 and $1.9 million in 2022-23, which is far less than he’d command in free agency. Regardless of whether he’s a long-term building block in OKC or a trade asset to dangle, he’ll be one of the NBA’s best bargains for the next few years.

Not much went right for the Houston Rockets this season after James Harden forced his way to the Brooklyn Nets in January.

Jae’Sean Tate was one of the rare exceptions.

In his debut NBA season, the 25-year-old averaged 11.3 points on 50.6 percent shooting, 5.3 rebounds, 2.5 assists and 1.2 steals while starting in 58 of his 70 regular-season appearances. He also knocked down 30.8 percent of his 2.8 three-point attempts per game, and he ranked fifth among all rookies in defensive win shares (1.6).

Tate needs to improve his efficiency from deep—which he plans to work on this offseason—but his defensive versatility should help him stick in the Rockets’ rotation. If he does become a more reliable three-point shooter, he’ll become a prototypical three-and-D wing at a bargain-basement price.

The Rockets signed Tate to a three-year, $4.7 million contract in November, which includes a fully non-guaranteed $1.5 million salary in 2021-22 and a $1.8 million team option in 2022-23. After emerging as one of the NBA’s biggest steals this season, he appears likely to cement his place on this list for the next two years as well.

Devonte’ Graham has been among the NBA’s biggest steals for each of the past two years, and he barely edged out Tate for the top overall honors this season.

The Charlotte Hornets signed Graham to a three-year, $4.1 million contract after taking him with the No. 34 overall pick in the 2018 draft, which quickly became a bargain. After a nondescript rookie season, the Kansas product broke out as a sophomore, averaging 18.2 points, 7.5 assists and 3.5 three-pointers while starting in 53 of his 63 regular-season appearances.

Charlotte’s addition of LaMelo Ball caused Graham to backslide a bit this year, but he still made 44 starts and averaged 14.8 points, 5.4 assists and 3.3 triples across 55 games. He finished second on the Hornets in WAR (4.3), trailing only backcourt mate Terry Rozier (5.2).

Graham’s efficiency leaves much to be desired, as he has yet shoot better than 38.2 percent from the field across any of his first three seasons. At 6’1″ and 195 pounds, he might be better suited for a microwave-scorer role off the bench—similar to Jordan Clarkson in Utah this year—than a full-time starting gig.

Either way, the Hornets will have to pay up to keep him when he reaches restricted free agency this summer. The days of him being a dirt-cheap starter are about to end.

Unless otherwise noted, all stats via NBA.com, PBPStats, Cleaning the Glass or Basketball Reference. All salary information via Spotrac.