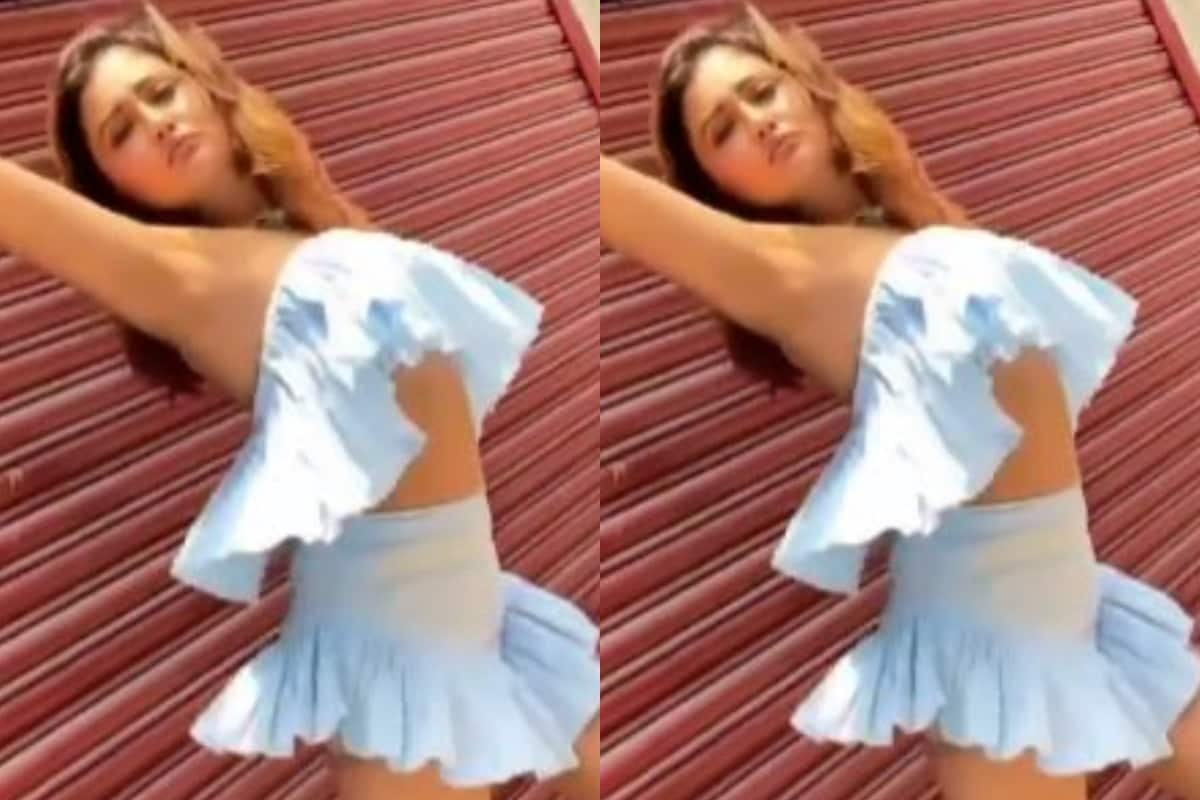 Television actress Rashami Desai sure knows how to amplify her social media game. On Friday, the actress was seen entertaining her fans after she dropped a fun-filled Instagram reel in which she can be seen grooving energetically to beats of Hollywood rapper Cardi B’s Up song in a stunning outfit. She looked smashing in a sporting pair of separates that included a powder blue tube top and a high-waist mini-skirt, both of which had ruffles. She paired her outfit with a pair of white heels. Her confidence was reflected in the killer dance moves she performed while looking into the camera.

A challenge is going on Cardi B’s song on social media. In the challenge, fans and stars mimic the creative dance choreography from Cardi B’s recently released music video.

Rashami’s jaw-dropping moves attracted many comments from her industry friends as well as fans who appreciated her video. The reel received more than 2.8 lakh views so far. However, some started trolling her and advised her to stay inside her home during the Covid pandemic instead of performing on the streets.

The actress is trained in Indian classical dances like Kathak and Bharatnatyam. Earlier, she had also participated in several dance-based reality shows like Zara Nachke Dikha, Jhalak Dikhla Jaa 5 and Nach Baliye 7.

Rashami had also participated in Bigg Boss 13 where she remained one of the most talked-about celebrities. She hogged the limelight due to her style and bold personality. She became quite active on social media after the show’s completion and now often keeps sharing her photoshoots with her fans who continue to shower love upon her posts.

The star was also recently in the news for her stunning physical transformation.

Rashami rose to fame from the TV serial Uttaran which aired on Colors TV from 2008 to 2015.