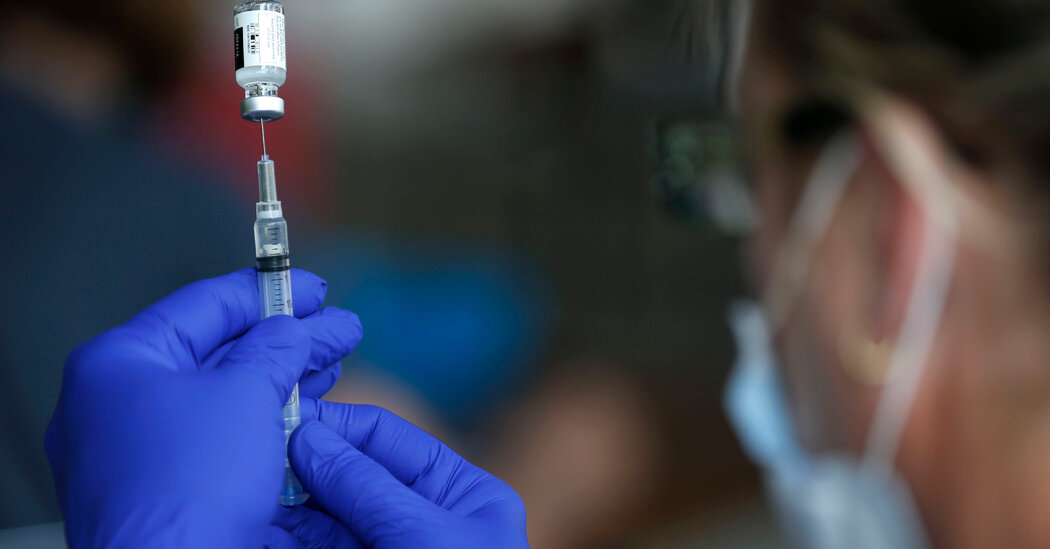 There was a strange Covid-19 pattern in the U.S. for much of this spring. The virus was not spreading any faster in communities with low vaccination rates than in those with high vaccination rates.

How could this have been? There were probably a few reasons. Many less vaccinated areas were in the South, where warm spring weather allowed people to socialize in the relative safety of the outdoors. Natural immunity might also have played a role — because people who have already had this coronavirus have at least some degree of protection against it.

The pattern helped feed an impression among some Americans that Covid was in retreat, regardless of how much progress a community had made in getting shots into arms. In one poll of Tennessee residents last month, 51 percent agreed with the statement that “the Covid-19 pandemic is largely over.”

But the pandemic is not over. Covid remains a serious threat to unvaccinated adults, especially those middle-aged or older. And now the surprising trends from the spring may be coming to an end: Cases have begun to rise more rapidly in communities with lower vaccination rates.

Consider this chart, which looks at the number of new cases in counties across the U.S., grouping counties by the share of residents who have been fully vaccinated:

A month ago, a chart like this would have looked almost random, with little relationship between caseloads and vaccination rates. Now, there is a clear relationship. (A recent Washington Post analysis came to the same conclusion.)

The vaccines and Delta

One likely explanation is that vaccination rates have risen high enough in some communities to crush the spread of Covid. In the spring, these places were still coping with significant outbreaks, but they aren’t anymore.

In Marin County, just over the Golden Gate Bridge from San Francisco, for instance, more than 90 percent of people aged 12 and above have received at least one shot. As a result, Marin has virtually extinguished the virus, with only three new confirmed cases per day in recent weeks.

A second explanation for the new divergence between more and less vaccinated places is the Delta variant. It appears to be making vaccination even more valuable. The vaccines are effective against Delta, sharply reducing the chances of infection and nearly eliminating any chance of serious illness. For unvaccinated people, however, Delta is significantly more contagious than earlier variants.

Missouri offers the clearest example. Over the past week, it has reported more new Covid cases per capita than any other state, and they are concentrated in rural areas that have low vaccination rates, as Charles Gaba, a health care analyst, has noted. In the parts of the state with high vaccination rates — like the metro areas of Kansas City, St. Louis and Columbia — the number of new cases remains very low.

There is a political angle to these trends, of course. The places with the lowest vaccination rates tend to be heavily Republican. In an average U.S. county that voted for Donald Trump, only 34 percent of people are fully vaccinated, according to New York Times data. In an average country that voted for Joe Biden, the share is 45 percent (and the share that has received at least one shot is higher).

No wonder, then, that the number of new cases keeps falling in Biden counties, while it has begun to rise in Trump counties.

In previous newsletters, I have pointed out some of the questionable ways that liberal communities have responded to the current phase of the pandemic, such as keeping schools partly closed and insisting on masks for the vaccinated. But conservative communities have their own problems with Covid behavior. Many Republican voters have not taken the disease very seriously and also have irrational fears about the vaccines.

It’s too early to know whether the recent trends will continue and cases will continue to rise in communities with low vaccination rates. But further increases do seem to be the most likely scenario, based on the experience with Delta in other countries where it is already widespread. Worldwide, cases have risen in recent days, after having fallen for most of the past two months. (You can see the data here.)

Vaccination is how this pandemic ends. And the Delta variant seems to be raising the human cost of vaccine skepticism.

Influencer economy: Are Black creators really on “strike” from TikTok?

The eucharist: Beyond the politics of communion, a 2,000-year-old holy mystery.

The Media Equation: An accusation blew up a New York mayoral campaign. The media didn’t know what to do.

Lives Lived: As a Democratic senator from Alaska in the 1970s, Mike Gravel read the Pentagon Papers aloud for three hours after the courts barred newspapers from publishing them. Gravel has died at 91.

Broadway (and Bruce) are back

Broadway’s big musicals — including “Hadestown,” “Hamilton” and “Wicked” — will not return until September. But for the 1,700 people at “Springsteen on Broadway,” the first strums on Springsteen’s guitar felt like “proof that the rhythms that moved New York City were emerging from behind a heavy, dark and weighty curtain,” The Times’s Nick Corasaniti writes.

The pangrams from Friday’s Spelling Bee were engulfed and unfledged. Here is today’s puzzle — or you can play online.

Here’s today’s Mini Crossword, and a clue: Be in the military (five letters).

Try the News Quiz: The average score among Times readers this week is 7.8 out of 11. See if you can do better.

Ankita Lokhande clears the air about her participating in Bigg Boss