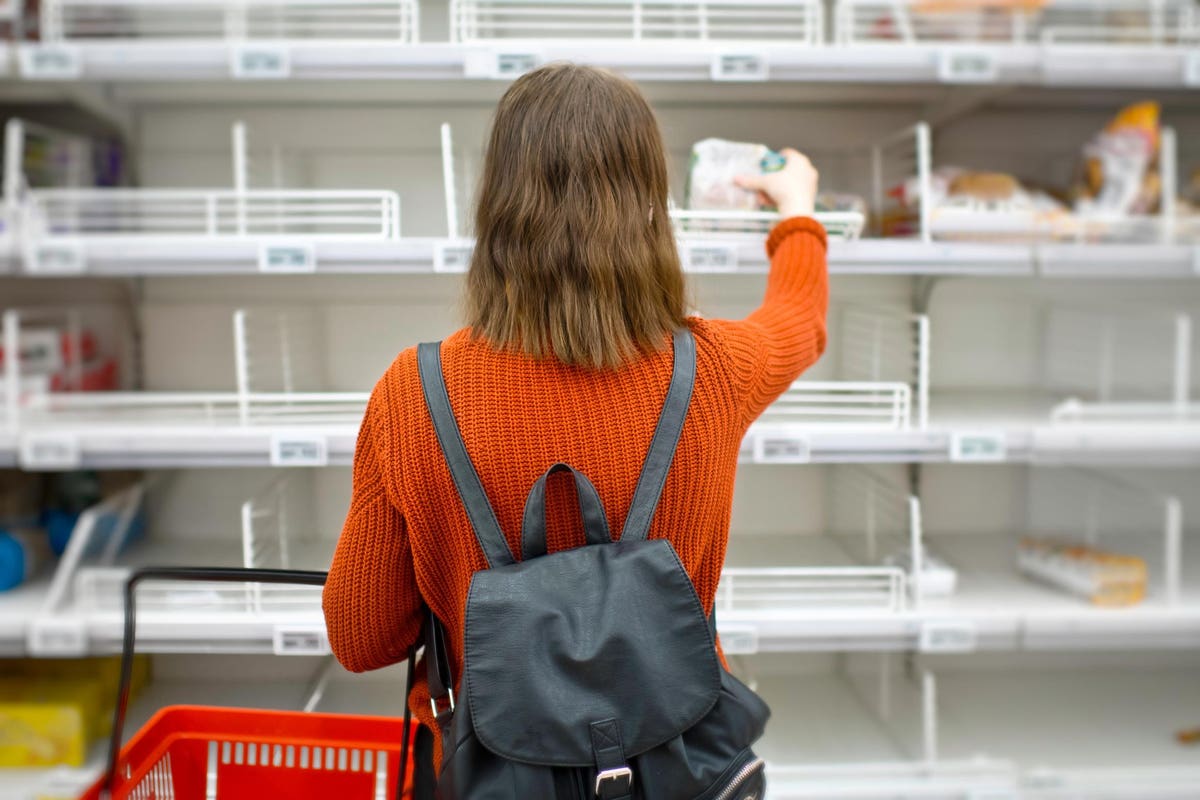 With retailers counting on a vibrant holiday season to at least match, if not exceed, that from last year – rising 8.3% year-over-year – threatened short supplies of the most in-demand products could quash their plans. The breakdown in the global retail supply chain will be to blame.

Despite early predictions for a strong retail season with consumer demand expected to be robust, the breakdown in the supply change could put retailers’ hopes in jeopardy. They won’t be able to satisfy strong demand if the products aren’t there or delayed in arrival.

Regardless, retailers can’t count on learnings from last year’s Covid disruption to get them through the potential for even greater disruption this year.

From Geale’s vantage point advising companies how to get products from point A to point B most efficiently and on time, he says the current supply chain problems have been long in the making and it will it take a long time to fix.

“The supply system is not optimized. Workforces are not fully optimized,” he emphatically states. “The weaknesses that underpin our supply chains have been found out. I expect to see fundamental changes happen over the next five years.”

As they say, a chain is only as strong as its weakest link and last year’s Covid pandemic and this year’s Delta variant has shown there is a lot more than just one weak link in that chain. So many that it will take years, not months to fix.

Chasing lowest-cost instead of reliability

Geale traces the problems to how many retailers have traditionally approached supply chain issues: from a low-cost, price-led perspective. “Companies look to find the cheapest price, then they strike a deal. This is especially prominent for high-volume, low-cost goods that are shipped on containers,” he explains.

Now those containers are queued up waiting to get into port and the cost to ship has gone through the roof. “On-time delivery for ocean freight is now about 38%, which is half what it was a year ago and the lowest it’s ever been. And the price is six, seven, even ten times higher, which is the highest it’s ever been,” he says. “Now retailers are entering the peak season where demand is high, but availability is about half what it should be.”

The shift from sourcing products in China to other even lower-cost countries in Asia has added another glitch in the system. Geale notes that even though China and its ports have experienced a backlog, the country has a well-developed manufacturing and shipping capacity which isn’t the case in other Asian countries.

Breakdown on the highway

Every day of delay in the supply chain is extending eventual recovery further out. Even if shipments get offloaded in time, which is a big if, those shipments may not get distributed fast enough to retailers because of a trucking crisis.

The trucking industry has limped along for years with a driver shortage, but it reached a breaking point because of the pandemic.

Last year, some 2 million workers were employed as long-haul truck drivers, according to the Bureau of Labor Statistics. And it predicts, on average, there will be openings for some 231,100 new drivers each year for the foreseeable future.

Beyond the structural failings in the global supply chain, retailers have not effectively transitioned their internal operations from a primarily physical retail to a digital e-commerce model.

“Most legacy retailers have built an online business on the side of their physical business, but these are fundamentally different operating models,” Geale says. “If you switch capacity and demand from one to the other, which accelerated last year, you’ve changed your underlying business model relative to your margins. It puts a drag on a retailer’s P&L.”

Despite the breaks in the supply chain that resulted from the pandemic, Geale says a breakdown was bound to happen regardless. That’s because retailers have focused primarily on lowering cost when they should have taken a much broader view.

“Retailers need to look at the products they need, where they can get them from and then assess those locations and suppliers based on things like speed, quality, price and risk,” he says.

Managing risk, planning for the future

The failure for many retailers is they didn’t effectively manage risk. “Risk management is about understanding every node in your supply chain and interconnecting each so that if one breaks, you have a fix.”

While some retailers, like Walmart, Costco, Home Depot and IKEA, have chartered their own ships to assure products arrive on time, many other retailers will face this holiday season short on stock. The backlog may not arrive till first quarter 2022 or later.

“Retailers rely on the fourth quarter to carry them through the first to third quarter. For many retailers, next year will be a damage limitation exercise,” he says.

Looking further out, Geale sees the issue of reducing the supply chain’s carbon footprint the next big challenge.

“After we get through the current crisis, people are going to turn their attention to why we are shipping things all around the world and adding to the carbon footprint,” he says. “I’m talking to lots of organizations about decarbonizing their supply chain and 99% percent don’t know how to do that. They don’t even know where to start.”

There is a blessing in disguise for retailers coming through the pandemic. It made obvious the weaknesses in the global supply chain so they can get to work fix the underlying problems not just put band aids over them as they have been forced to do this year.

“We’re about to see an age of collaboration between all these entities in the supply chain,” Geale predicts. “It’s not necessarily that the model is wrong, but the management of the model has been shown up. Retailers need transparency and traceability in the supply chain. It’s going to take a combination of the best brains working at the fastest speed with the best tools to get that visibility. A retailer won’t be able to do it all by themselves.”

Unfortunately, many consumers may be disappointed this year. But if retailers learn the lessons coming out of the current supply chain crisis, they can rebuild a reliable and transparent supply chain that will serve them and their customers into the future.