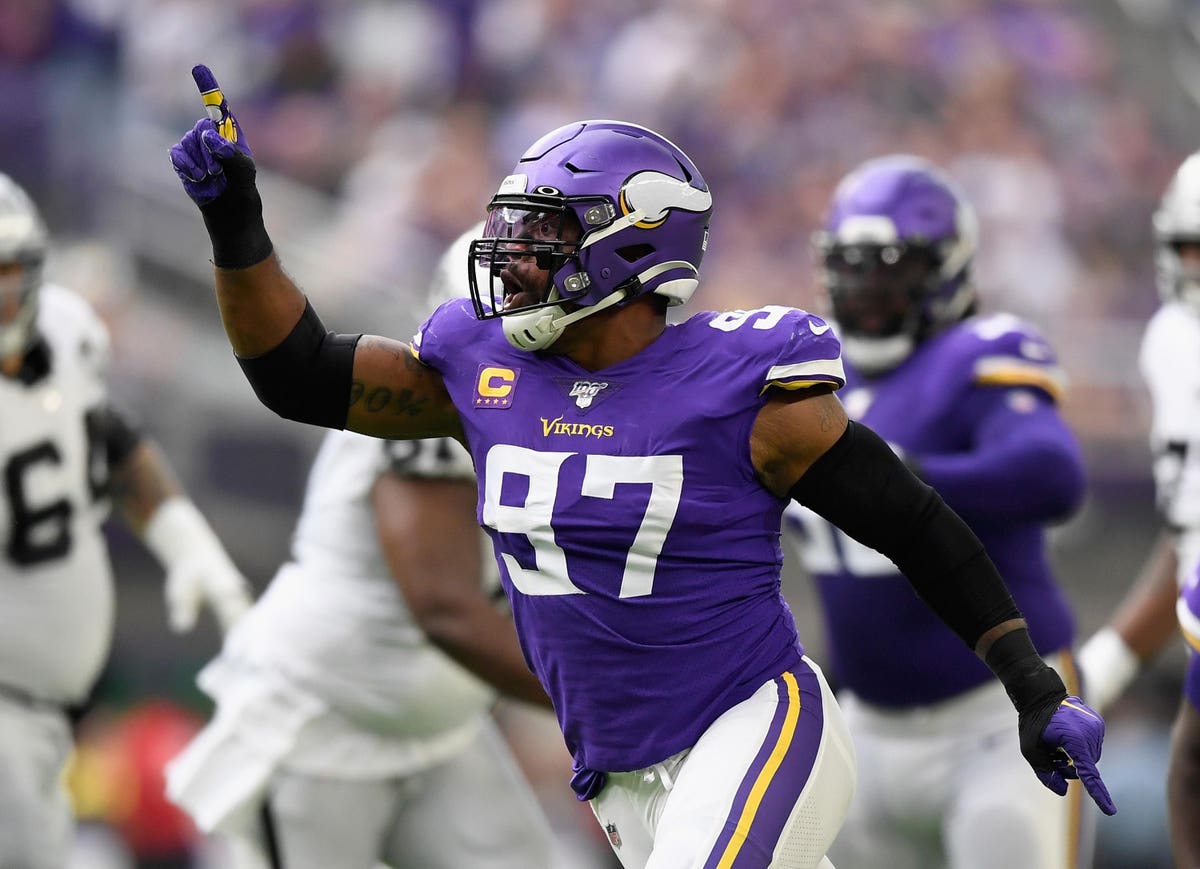 There is little doubt that the Minnesota Vikings are committed to taking a major step up on defense this season.

The latest proof of that is the signing of defensive end Everson Griffen to his second tour of duty with the team on Monday. The defensive line figured to be significantly better than it was in 2020 prior to Griffen’s return, and now there’s a realistic chance that the unit could be one of the best in the league.

Griffen will play opposite Danielle Hunter, who should be one of the most dangerous pass rushers in the league in 2021. Hunter sat out last year due to disc surgery, and he should be fresh and ready to explode when the season opens against the Cincinnati Bengals. Griffen may no longer be at the top of the mountain when it comes to rushing the quarterback, but he should be able to pick his spots and make a series of big plays when Hunter needs support.

Griffen is happy to be back with the Vikings and playing for assistant head coach Andre Patterson. “Being back with Coach Dre, I love his drills. I never lost his technique,” Griffen said, per the Minneapolis Star Tribune. “It’s really good to see Danielle. I missed Danielle. I miss the guys that I watched grow up and to see the player that he is, he looks like Superman still. I’m right next to him in the locker room. It’s just good catching up with him and seeing him. I’m excited to be back.”

More than the two glamour pass rushers, the presence of interior defensive linemen Dalvin Tomlinson and Michael Pierce should help transform the Minnesota defense into a hard-hitting and punishing unit. That is the opposite of what the Vikings were a year ago when they regularly gave up huge chunks of yardage and were eviscerated in games against the Tampa Bay Buccaneers and New Orleans Saints.

The Vikings could not hold the line against either of those two teams and in several other games, and that simply embarrassed head coach Mike Zimmer. To see his team get smacked around on a regular basis was more than he could take. Zimmer acknowledged that the defense was awful last year, and he wantsa much improved unit to show up in 2021.

General manager Rick Spielman has presented Zimmer with the kind of defensive personnel that has a chance to go from one of the worst in the league – 27th in yards allowed per game – to a unit that could easily rank within the top 10.

It starts with that defensive line, a unit can stop the run and punish opponents. It will also have the ability to create game-changing plays from their big-name pass rushers

In addition to the front four, cornerback Patrick Peterson, gives the secondary a major lift. While he struggled with the Arizona Cardinals in 2020. Peterson reported to camp significantly lighter than he was last year, and his improved conditioning is the result of wanting play for Zimmer.

With both the coach and his cornerback desperately wanting to show improvement this season, the Vikings appear ready to be a far more competitive team on defense this season.

However, training camp has not lent itself to great optimism. The Vikings cut 2020 first-round draft choice Jeff Gladney following his indictment on felony domestic violence charges. Quarterback Kirk Cousins has not been vaccinated to this point, and that situation does not make Zimmer happy. First-round Christian Darrisaw, slated to play left tackle, has been troubled by a core injury this summer.

Additionally, the Vikings have a lack of depth behind their starters, and that could ruin their season. They have been unimpressive in their first two preseason games, and that’s not a positive development for a team that finished 7-9 last year and rarely showed the kind of intensity needed to win key games.

The defense has improved dramatically, and that unit has taken another step up with the return of Griffen. Zimmer clearly has some excellent tools to work with and the new season represents his chance to turn the Vikings back into a major defensive force.