Robert Durst Attempts To Explain Finding Best Friend Dead And Choosing Not To Call 911, Then Lying About It 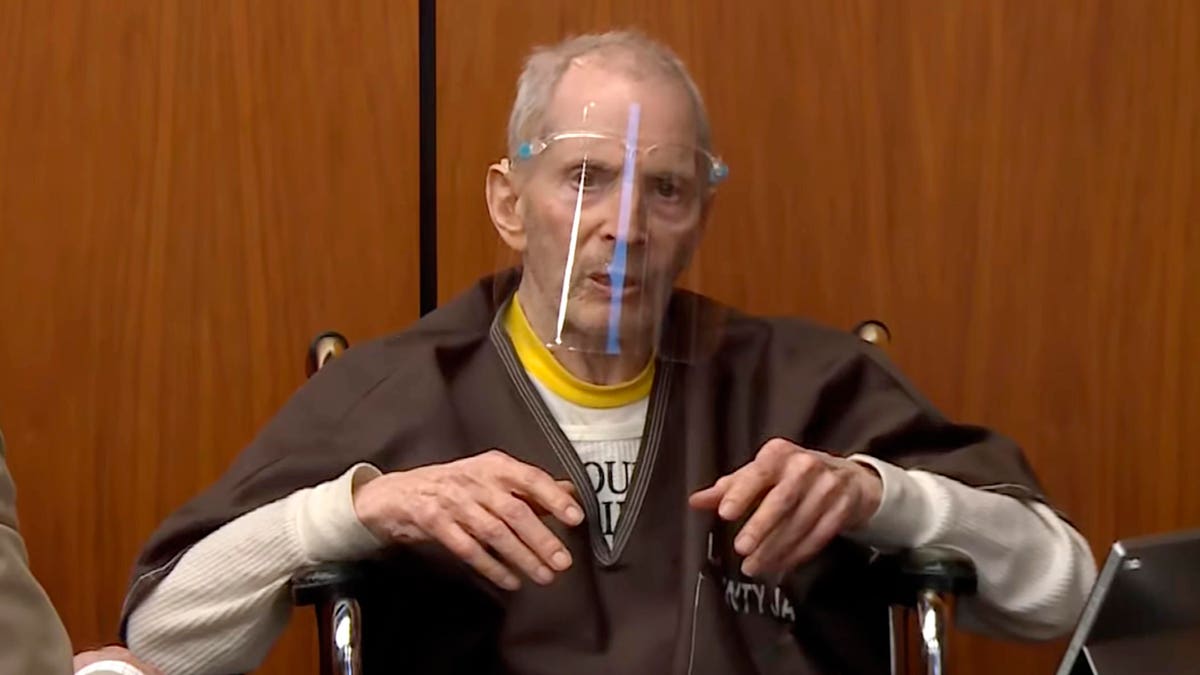 Robert Durst, the eccentric heir to a billionaire New York real estate family, testified in court Monday that while he did find his best friend Susan Berman dead at home in 2000, didn’t call 911 and lied for years about sending an anonymous letter to police about the murder, he was not the one who killed her.

According to Durst, he arrived at Berman’s home just outside of Los Angeles on Dec. 23 and found her already dead, “lying on the floor on her back” with a pool of her own blood around her head.

Durst said he tried to use Berman’s phone to dial 911 but it didn’t work, so he got back into his car, making sure to avoid being seen by Berman’s neighbors, and drove to a nearby payphone to call emergency services.

According to Durst, he changed his mind when the operator answered because he didn’t want to give his name or have the operator hear his “recognizable” voice.

His solution was to send the police a letter alerting them his best friend was dead, Durst said—a much-publicized anonymous note that read just the word “cadaver,” and listed Berman’s address.

Durst previously lied for years about writing the note to avoid becoming a suspect in Berman’s murder, he told the court Monday: “I [would] have difficulty believing it myself that I would write the letter and had not killed Susan Berman.”

Durst denied Monday that Berman tried to blackmail him before her death over knowledge that he killed his wife Kathie, who went missing in 1982, which the prosecution argues was Durst’s motive to kill Berman.

“Susan had been murdered, someone must have had a reason, a motive, whatever, to kill. I had no reason to kill Susan Berman,” Durst said at the stand Monday.

Just months before Berman’s death, the investigation into Kathie’s disappearance had been reopened by Fox New host Janine Pirro, who was then working as the Westchester, New York, district attorney. Durst decided to flee to Galveston, Texas, to avoid questions from police. “I was hiding from Jeanine Pirro,” Durst said last week, adding he was “frightened” of Pirro, who he believes wanted to pin Kathie’s disappearance on him to score publicity for a potential political run. In less than a year after Berman’s death, Durst was arrested in Galveston over the death of his neighbor Morris Black. Durst was later acquitted of Morris’ murder, but was convicted of dismembering his body as part of a plea deal.

Berman was not discovered until the day after Durst claims he found her already dead. The police came to Berman’s house on Dec. 24 after her neighbors called reporting that her three dogs were loose and her backdoor was open. Several days later, Durst’s cadaver note arrived at a Beverly Hills police station. Durst only admitted to writing and sending the letter last year after maintaining it hadn’t been him for years, despite his distinctive scrawling handwriting. It was an aspect of the case that was heavily featured in The Jinx, an HBO docuseries that examined Durst’s life and his connections to his wife Kathie’s disappearance and the deaths of Berman and Black.

$8.1 billion. That’s how much The Durst Organization is worth, according to a Forbes estimate. Durst, as the oldest brother in his family, was slated to take over as head of the company, but was passed over in favor of his younger brother Douglas after a series of bizarre workplace incidents, like Durst allegedly urinating in trash cans at the office. Douglas testified in June that he is afraid of his older brother, and believes he wants to kill him. Durst sold off his shares in the family business for $65 million in 2006.