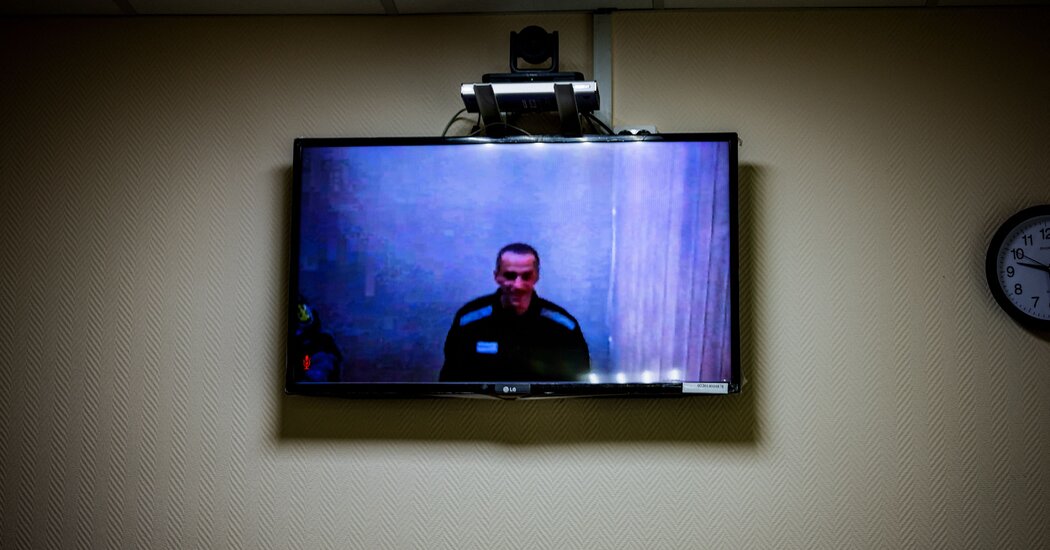 MOSCOW — The Russian authorities announced a new criminal charge against Aleksei A. Navalny on Wednesday, signaling they would try to keep the imprisoned opposition leader behind bars until well after the country’s presidential election in 2024.

Russia’s Investigative Committee said in a statement that Mr. Navalny was charged with creating an organization that “infringes on the personal integrity and rights of citizens,” a crime punishable by as much as three years in prison. Mr. Navalny was jailed in January for violating parole and given a two-and-a-half year prison sentence that expires in late 2023.

The Investigative Committee, a powerful law-enforcement body, alleged that Mr. Navalny had broken the law by establishing his Anti-Corruption Foundation, a group Russia outlawed as extremist earlier this year.

The Anti-Corruption Foundation produced Mr. Navalny’s best-known material. Its slickly produced investigations of the Russian elite’s misdeeds and secrets, such as an estate hidden on the Black Sea that was said to be a presidential palace, garnered millions of views on YouTube.

The organization also, prosecutors have claimed, sought to topple “the foundations of the constitutional order.”

Mr. Navalny nearly died last year after being poisoned with a nerve agent, in what he and Western officials described as a Kremlin assassination attempt. He spent months being treated and recuperating in Germany.

On returning to Russia in January, he was immediately arrested on a charge that his stay in Germany violated the terms of his parole from an earlier conviction. His jailing touched off protests across Russia.

With his organizations now declared extremist, anyone who has worked with him faces potential prosecution.

In years past, the Kremlin was believed to be wary of imprisoning Mr. Navalny for fear of a public backlash. But with the new charges, the authorities are signaling they are ready to keep Mr. Navalny locked up for years more. That would mean that in 2024 — when Mr. Putin is expected to stand for a fifth term as president — his highest-profile opponent would still be in prison.

“No one infringes on the personal integrity and rights of citizens as much as Putin himself and all his henchmen, including the Investigative Committee, do,” Mr. Navalny’s team said in a post to the social network Telegram in response to the new charges.

Two aides to Mr. Navalny, Leonid Volkov and Ivan Zhdanov, have also been charged with crimes. But like many of his associates, they are now outside the country, seeking refuge from prosecution while trying to use the internet to influence Russian politics from exile. They are working to deploy a coordinated protest vote in next month’s nationwide parliamentary elections, hoping that they will be able to loosen Mr. Putin’s hold on the country’s rubber-stamp legislature.

“We have to come together and be smart about how we vote,” a post on Mr. Navalny’s Telegram account said on Wednesday.