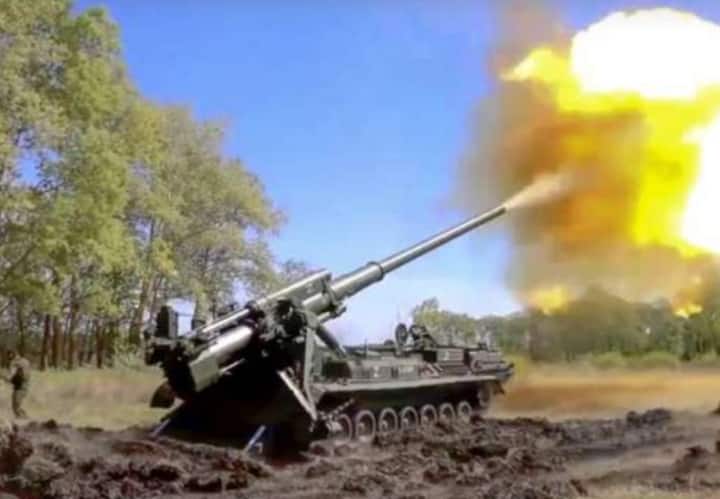 Russia Ukraine War: Russia is angry with NATO countries for helping Ukraine. Expressing anger on NATO countries, Russia has threatened. Significantly, NATO countries have increased military aid to Ukraine. This is the only thing that is bothering Russia.

Let us tell you that many countries including America, Britain, France, Germany, Sweden have talked about giving state-of-the-art weapons to Ukraine. According to media reports, Ukraine is going to get Abrams tank from America, Challenger-2 tank from Britain and Leopard tank from Germany. Responding to this, Russia said that even after these weapons, there will be no difference in health. Russia has threatened that it will easily destroy the tanks of these countries like any NATO weapon.

Meanwhile, Western military experts say that Russia is worried after the help it receives from Ukraine and anger can be seen in the response given by it. According to experts, the Russian army is already retreating in eastern Ukraine. In such a situation, with the help of state-of-the-art tanks, missiles, rockets, armored vehicles, the Ukrainian army can retaliate tremendously.

Russian Ambassador to the US, Anatoly Antonov, said the actions of the US, Britain and Germany would only exacerbate the crisis. All countries should think once before taking such decisions. Now the matter has gone ahead. He said in an interview to Russia Today that if Ukraine decides to deploy the M1 Abrams tank from the US, it will undoubtedly be destroyed like other NATO weapons.

The Russian ambassador further claimed that the cause of the war is America. America has sponsored everything. Let us tell you that America has decided to send more than 30 Abrams tanks to Ukraine. However, the official announcement of this has not been made yet.

According to media reports, it may take a month to reach these tanks sent by America to Ukraine. An official said these tanks would be purchased under the upcoming Ukraine Security Assistance Initiative package, which provides funding for weapons and equipment to be purchased from commercial vendors.