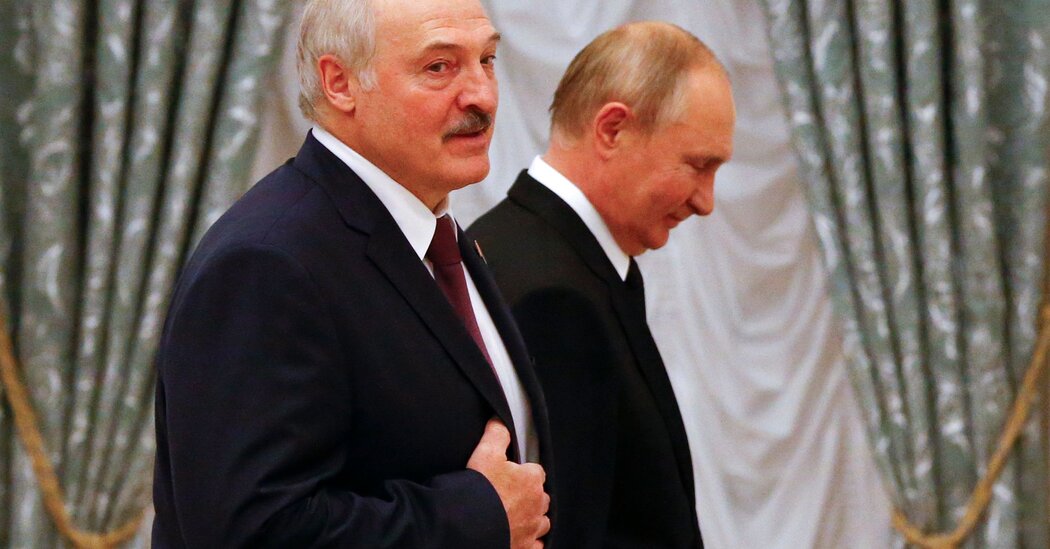 As the border crisis along the European Union’s eastern flank has intensified, President Aleksandr G. Lukashenko of Belarus has once again turned to his most reliable patron and supporter: President Vladimir V. Putin of Russia. The two have met in person at least five times this year, and Moscow has been steadfast despite a storm of criticism from Western leaders.

Dmitri S. Peskov, Mr. Putin’s spokesman, said on Thursday that Russia was doing all it could to resolve the situation, according to the Russian state news agency RIA Novosti. But he also warned of the possibility of a military escalation, given the presence of troops on both sides.

“Indeed, the rise in tensions on this border where highly armed people — meaning the military — are present on both sides is a matter of utmost concern to all sober-thinking people in Europe,” Mr. Peskov told reporters.

But it was not clear what, if anything, Russia was doing to resolve a crisis that has escalated the tensions between Mr. Lukashenko and the European Union to their highest level yet since the Belarusian strongman claimed a victory in a broadly disputed election last year.

To Mr. Putin, the crisis appears to be an opportunity to force European governments — many of which claim that Mr. Lukashenko is an illegitimate leader — to negotiate directly with the Belarusian ruler. On Thursday, Mr. Putin held that line in his second phone call in recent days with Chancellor Angela Merkel of Germany, who has been Europe’s primary interlocutor with the Russian president in times of crisis.

“The importance of settling the acute migration crisis that has emerged as fast as possible in accordance with international humanitarian norms was confirmed,” the Kremlin said of the phone call. “Vladimir Putin spoke in favor of resuming contacts between E.U. countries and Belarus with the goal of solving this problem.”

“We must constantly monitor the situation on the border,” Mr. Lukashenko said. “Yes, these are bombers that are able to carry nuclear weapons. But we have no other choice.”