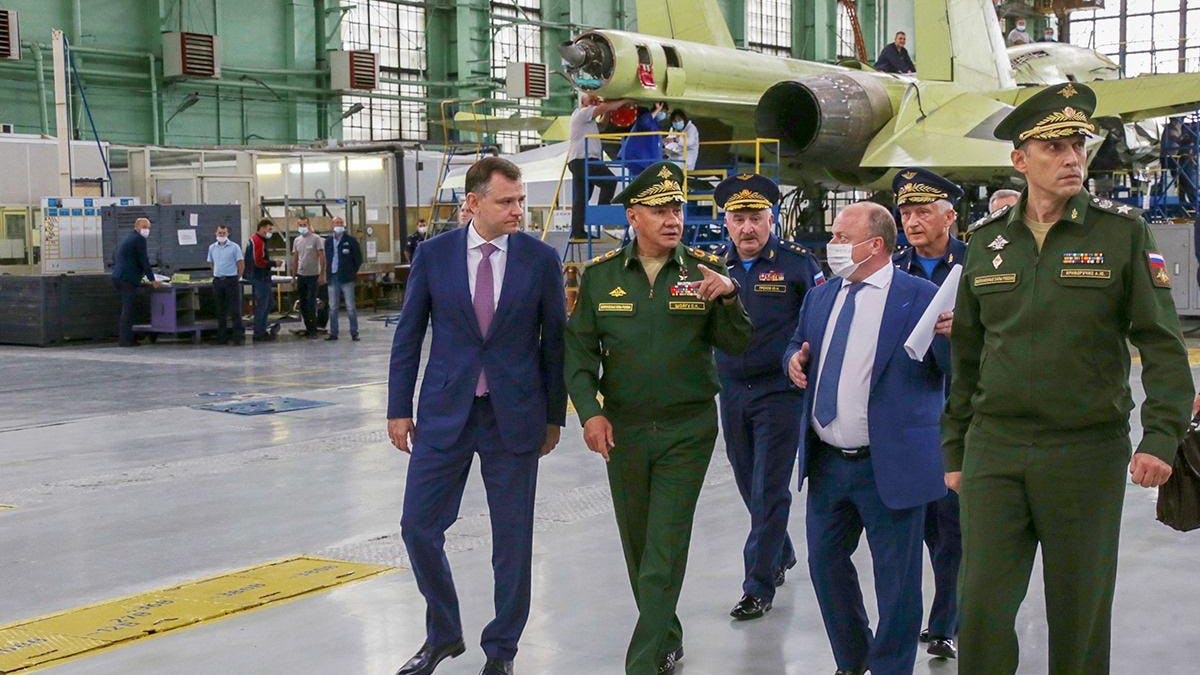 In the race to develop robotic fighter jets, it might look like Russia is pulling ahead of the United States.

The Russian and U.S. Air Forces both are developing fast, armed unmanned aerial vehicles that, in theory, would accompany manned fighters into combat, adding their sensors and weapons to a fast-moving battle.

But these so-called “wingman” drones require a high degree of autonomy in order to keep up. And while Russia quickly is moving to build its S-70 Okhotnik wingman drone, it’s not making a lot of obvious progress on the autonomy that could make the type a viable combatant.

“It’s likely that the first batch of S-70s will be either directed from the ground or from Su-57 aircraft, so that the Okhotnik will be a remote-controlled vehicle, initially,” said Samuel Bendett, an analyst with the Center for a New American Security in Washington, D.C. and the Center for Naval Analysis in Virginia.

The jet-propelled Okhotnik flew for the first time in August 2019. A subsonic flying-wing with some stealth qualities, the S-70 is in roughly the performance class as the Valkyrie wingman drone the U.S. Air Force is developing as part of its Skyborg initiative.

The idea is for self-guiding S-70s eventually to fly alongside manned Su-57 stealth fighters. But that demands sophisticated artificial intelligence. Where the U.S. Air Force as part of its Skyborg effort is focusing on developing the A.I., the Russians appear to be focusing on the airframe.

Several S-70s are under construction at the Novosibirsk Aviation Plant. Some time next year, they could join the single Okhotnik that’s already undergoing flight testing.

“We hope that by 2022 the work will be completed and we will be able to sign … a large, long-term contract,” Shoigu said.

The Americans meanwhile don’t have firm plans to transition Skyborg to a production program. The A.I. isn’t ready.

The Russians for their part don’t seem to mind pushing ahead without full autonomy. The Kremlin “claims that Okhotnik will have A.I., but offers little detail beyond such statements,” Bendett said.

“Presumably, the [defense ministry] is working on different types of algorithms that would allow S-70 to fly, navigate and possibly engage targets on its own after the human operator would approve flight patterns and target-selection and -recognition,” Bendett added.

But that’s all just conjecture. The American Skyborg already has begun rigorous autonomy trials. But the Russian wingman drone apparently still relies on a human operator who directly controls it.

Autonomy isn’t the S-70’s only problem. The S-70 with its 46-foot wingspan is a big UAV. And that translates into high cost that in turn limits how fast the Kremlin can acquire the type.

A single S-70 could cost up to $20 million, according to Bendett. Compare that the American Valkyrie with its 22-foot wingspan. A Valkyrie costs just $2 million. The U.S. Air Force all along has said that wingman drones should be “attritable.” That is, expendable in combat.

Okhotnik does not appear to be economically attritable. “This is an expensive aircraft and it would take a while for the Russian MOD to scale up its production, and to get to the point where this drone can truly fly in it own in future combat,” Bendett said.