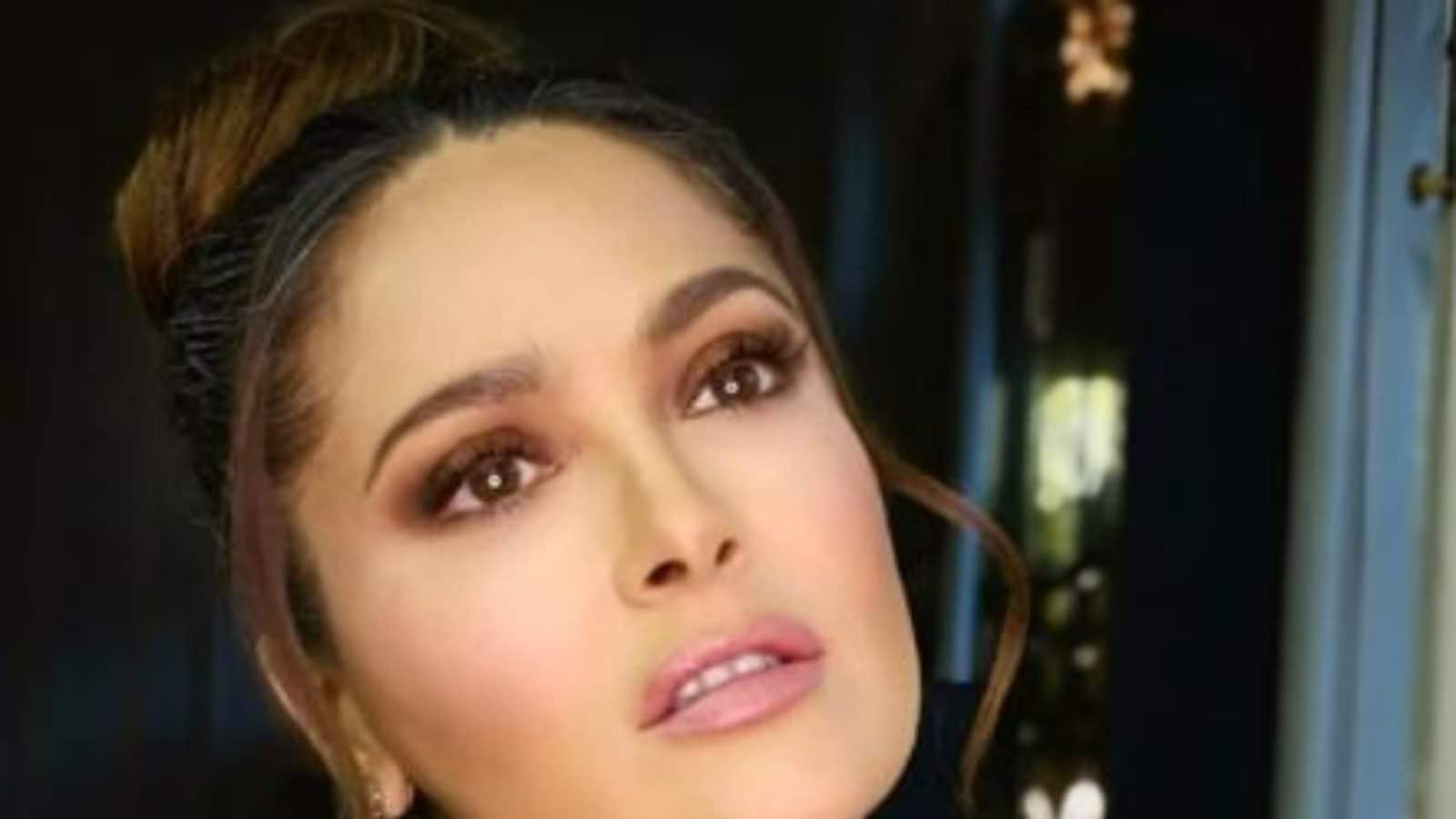 Salma Hayek got candid in a recent interview to a fashion magazine. The star, who is also known for her works in American films, talked about her journey in Hollywood. While interacting with Vogue India, she said there are not many American films that stand out. However, she felt one of the films she watched ‘was different’ and it featured actress Priyanka Chopra. Salma said she enjoyed the American-Indian production, The White Tiger. The 2021 drama film directed by Ramin Bahrani was also co-produced by Priyanka. The White Tiger starred Rajkummar Rao and Adarsh Gourav in important roles, and went onto be nominated for the Academy Award under the Best Adapted Screenplay category.

Expressing her views, Salma said, “How many original films have you seen coming from America that made you go, ‘Oh, that’s different?” followed by appreciation for The White Tiger. In the same breath, she conceded that streaming platforms are willing to take more risks than any other medium.

She also listed some differences between American and non-American actors. The actress, who will make her MCU debut with the movie Eternals, spoke about working with such a diverse cast. She said, “I became friends with everyone. It was a different dynamic.” While praising the American actors, Salma also mentioned that they rarely have the custom of going out to dinner. “When you’re Mexican or Indian, you hang out, you finish your meal, you keep talking, and you keep talking. I felt at home,” she added.

The 54-year-old Mexico-born actor feels age is a defining factor, but something that has only helped her grow. She is breaking new ground and has exciting projects in the pipeline. Eternals also stars Angelina Jolie, Kit Harrington, Richard Madden, Gemma Chan, Ma Dong-seok, Kumail Nanjiani, Don Lee, Barry Keoghan, Harish Patel and others. The Chloe Zhao directorial film is due for release later this year. Salma also has Hitman’s Bodyguard sequel and the Lady Gaga-Adam Driver film House of Gucci to look forward to.