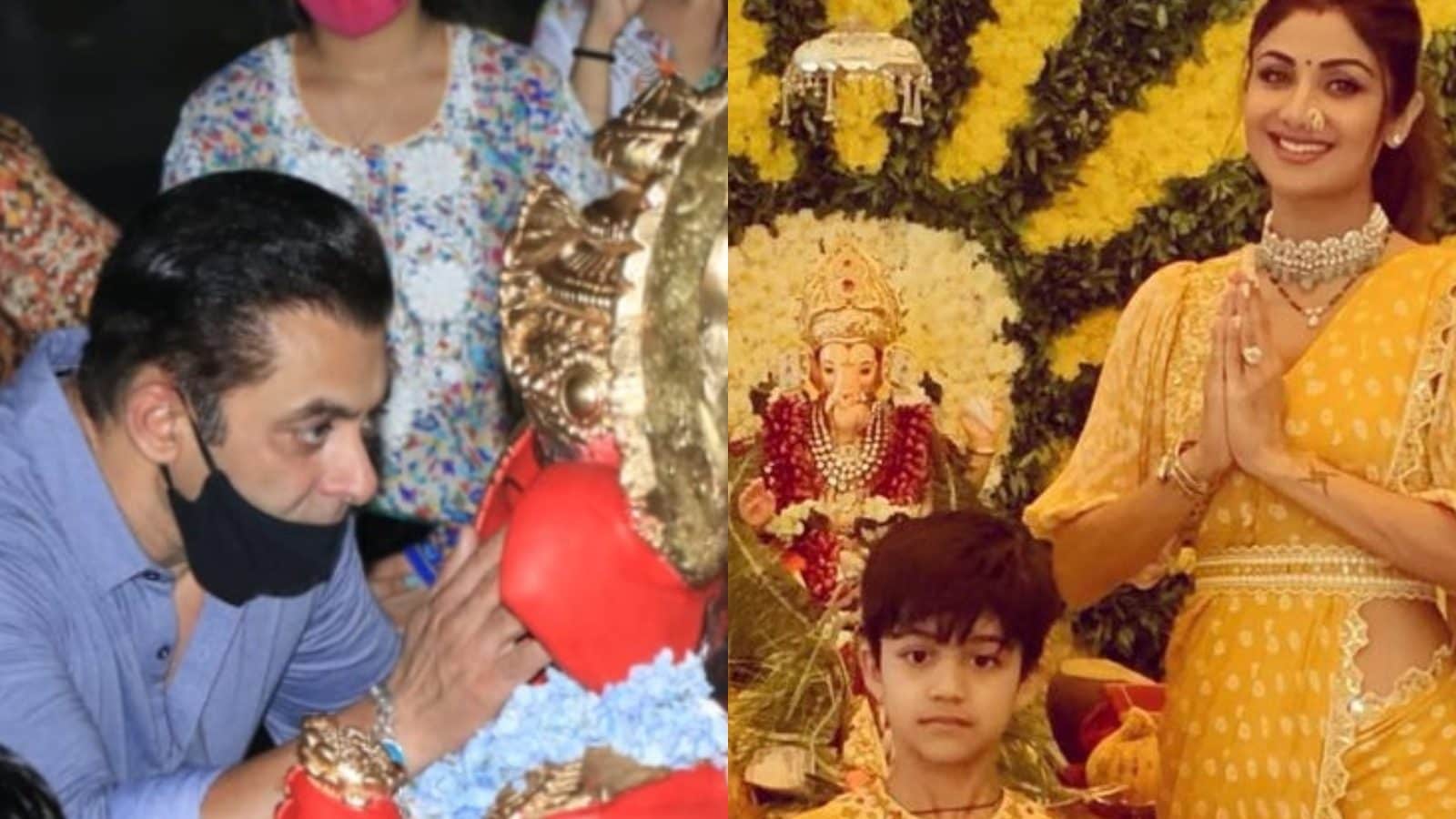 Bollywood stars celebrate the festival of Ganesh Chaturthi every year with great zeal and enthusiasm. Every year, B-town celebrities host puja and gatherings at their homes, and several prominent stars from the film and TV industries join in on the celebrations.

One of the most renowned Ganesh Chaturthi celebrations was hosted by the Kapoors at the iconic RK Studios, which they sold off in 2019 after incurring heavy losses on the property following a deadly fire at the premises. Randhir Kapoor had said that hosting Ganesh Chaturthi celebrations at RK Studio was a tradition started by his actor father Raj Kapoor. Besides RK Studios, several Bollywood celebrities welcome Ganpati during the 10-day festival every year with great fanfare, let us take a look at some of them:

The Bollywood actor celebrates the festival of Ganesh Chaturthi at his residence, Galaxy Apartments every year. He is joined by his whole family for the celebration. Several prominent celebrities from Bollywood also partake in the celebrations. In 2019 Salman’s younger sister, Arpita Khan Sharma shared pictures of the eco-friendly Ganpati that resided in their house during the festival. This year, however, Salman will not be returning home for Ganpati celebrations since the actor is shooting for the Tiger 3 in Europe.

The actress is known for hosting some of the most zealous Ganpati celebrations at her house. Although her husband Raj Kundra is in jail for his alleged involvement in a pornographic content case and sister Shamita Shetty is inside Bigg Boss OTT house, Shilpa brought the Ganpati idol home alone this year. The actress also taught son Viaan how to follow the tradition.

The actor, who emerged as one of the saviors during the coronavirus pandemic is known to celebrate Ganesh Chaturthi every year. The actor welcomed the Ganesh idol to his home in Mumbai on Thursday. The actor said in an interview to ETimes that he has been bringing Ganpati home for 22 years now.

The actor welcomes the Ganpati idol to his Mannat home every year and celebrates the festival with his family. The actor actively takes part in the traditions of the festival.

Ganesh Chaturthi, which starts on September 10, 2021, spreads the message of positivity, health, and happiness for everyone. Also known as Vinayaka or Ganpati, Lord Ganesh is revered as the God of new beginnings and the remover of all obstacles. Here’s wishing you all a very happy Ganesh Chaturthi!