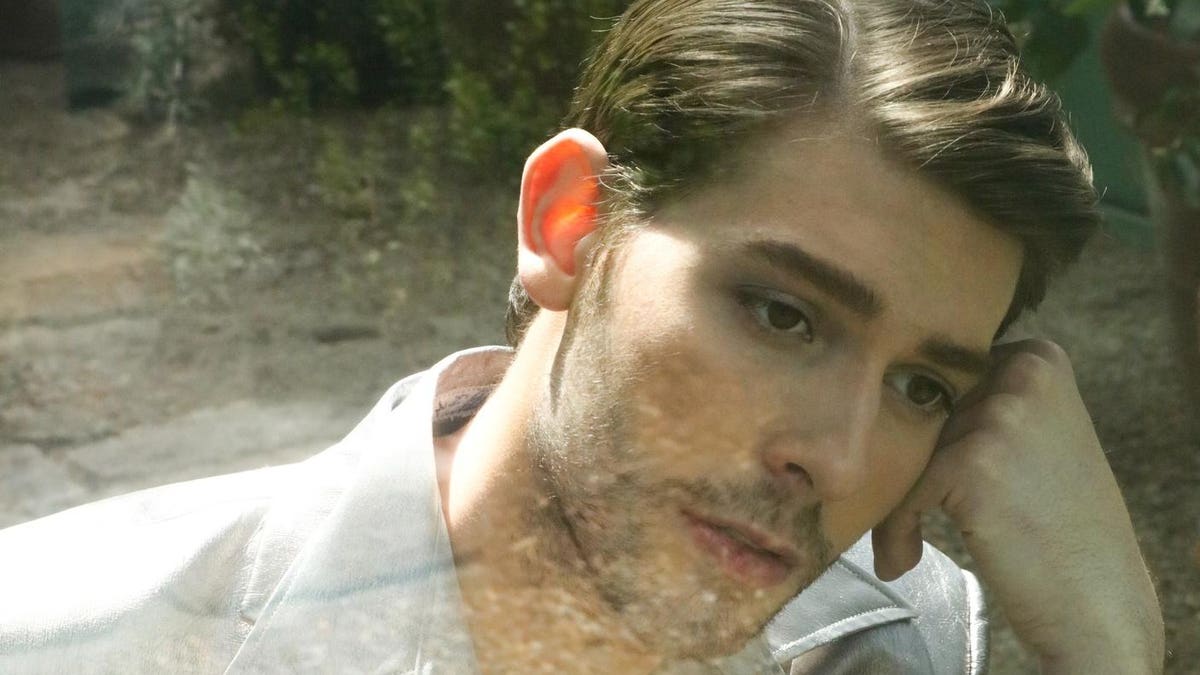 Sam Williams, grandson of Hank Williams and son of Hank Williams Jr., is well aware of his family’s impact on country music. In fact, that’s exactly why he avoided an artist career for so long. The singer-songwriter, who releases his debut album Glasshouse Children today via Mercury Nashville, was pursuing a degree in the entertainment industry at Nashville’s Belmont University when he realized being an artist was his calling.

“When you come from a legendary lineage there’s a lot of pressure,” he tells me. “I think that I just wanted to stand out and be unique so for so long I thought that my way of doing that was to not sing and to do something else outside of music. It just so happens that it is for me, and I wanted to stand out in my own way and make music that spoke to me and told my story.”

Williams’ debut album introduces the singer as an introspective storyteller who isn’t afraid to bare his soul. There are songs about love, loss, youth, family and pain all accompanied by lush musical landscapes that touch upon the singer’s many influences.

Williams, who wrote nine of the album’s 10 tracks, says the main message he wants to get across on the album is that vulnerability is powerful. While he admits there is a lot of pain burned into his DNA, he says “pain can be a beautiful thing if you know how to deal with it.” One of the songs that showcases this pain is the vivid title track. “Glasshouse Children, throwin’ stones/ We’re not willing to leave the pain alone,” he sings alongside sweeping strings and delicate strokes of the piano.

“When you grow up in a certain way with everyone looking in or feeling like you can’t get out, you can do things to hurt other people. Hurt people hurt people,” he reflects. “Saying ‘we’re not willing to leave the pain alone’ is saying that it can be inescapable sometimes. Sometimes your trauma becomes so much a part of your identity that you feel like you can’t escape from it, and you feel defined by it in a way that’s unfair.”

Before Mercury Nashville showed interest in his music, Williams planned to release the project independently. When Covid-19 hit, he had more time to create and to write. He looked to the music of his older sister Holly, formerly signed to Mercury Nashville, for inspiration to figure out what he wanted to say as an artist and how to proudly carry on the family tradition.

Along the way, Williams says he has learned the importance in figuring out his own brand as an artist and to always be open to positive collaboration. Meanwhile, the best business advice he has learned is to take songwriting seriously, but to also realize that other people write amazing songs too.

While Williams showcases his vulnerability throughout Glasshouse Children, he also shares his optimism. Dolly Parton is featured on the thoughtful “Happy All the Time,” which details how a man would trade all his money and materialistic possessions for peace, family and love. The collaboration came about following a two-page letter Williams sent the Country Music Hall of Famer.

“I was trying to be as intentional as possible explaining what the song meant to me,” he says of his letter to the singer. “It’s just amazing because she really only does things that are on brand for her and have a message and impact that she aligns with. So, to think that my thoughts and voice are two of those things is amazing.”

While Williams has a fan in Parton and Keith Urban, who assists on electric guitar on “Kids,” UMG Nashville President Cindy Mabe also was an early champion.

“The thing about Sam, it’s not about the lyrics and the songs necessarily,” Mabe said at the singer’s recent showcase at Analog at Hutton Hotel in Nashville. “It is about the voice. It is about the vulnerability that he’s putting out there and he made me completely start to feel again after being numb for a year-and-a-half. … I believe he is the voice of the next Nashville.”

With Glasshouse Children, Williams furthers his family’s musical legacy while paving a path that is uniquely his. On Glasshouse Children he pushes genre lines while remaining true to the founding pillars of country music with classic country storytelling that has Williams speaking and writing from the heart.

“I just hope that people are pleasantly surprised and [‘Glasshouse Children’] makes them want to embrace their stories and be themselves,” he says. “I don’t want to be an artist that makes really good background music, I want to make music that people listen to and makes them feel.”