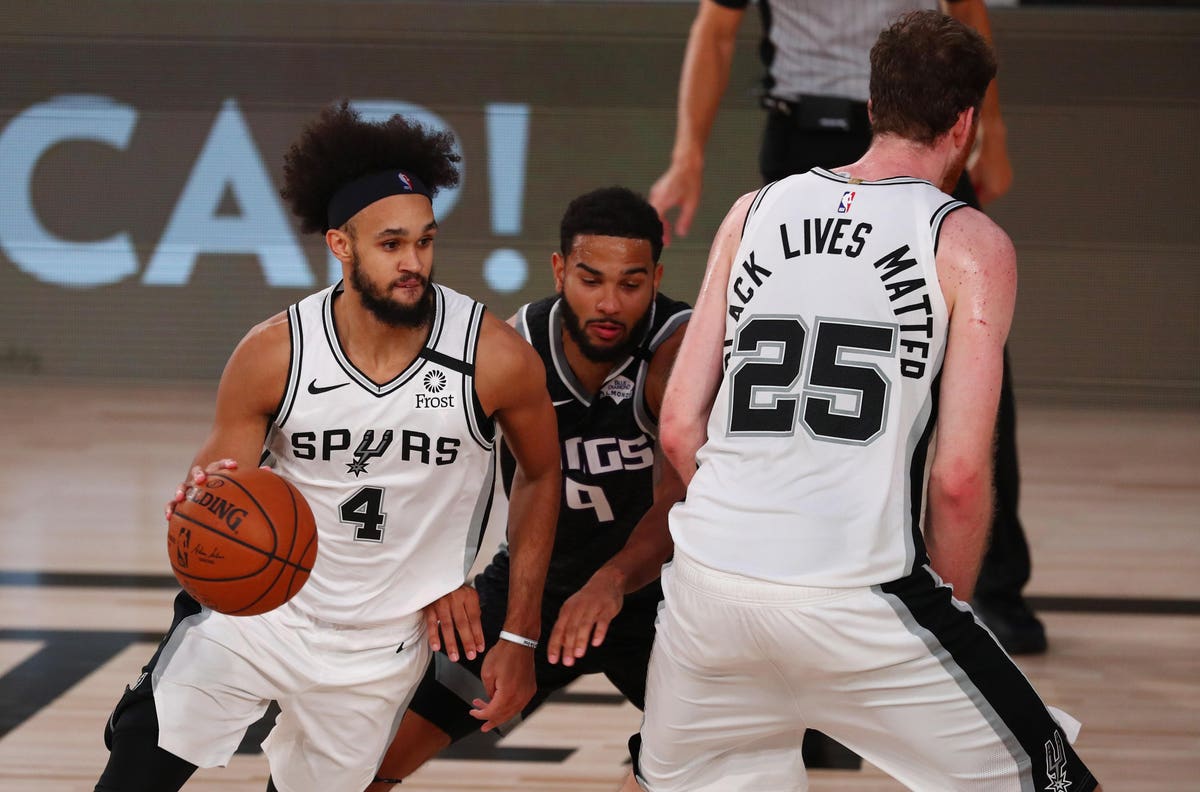 Two-plus decades of postseason appearances for the San Antonio Spurs ended in 2020 and continued in 2021. It’s territory not seen at all in franchise history, an astonishing feat of excellence. However, amid unprecedented organization turnover, times changed, and the team officially blended with the rest of a league that’s been through struggles in maintaining relevancy.

2021-22 might be the same situation. LaMarcus Aldridge, DeMar DeRozan, Rudy Gay and Patty Mills are all gone, with the latter three moving to new teams this summer. The Spurs signed and drafted new faces, along with the return of a familiar face to shoot the ball, to redesign the roster, which remains flawed in the frontcourt and with minimal experience from players expected to be relied on heavily.

This team will struggle, but it doesn’t mean the current roster design won’t make them a fascinating group to watch.

In a few eye-opening moves, the Spurs did a sign-and-trade for the Indiana Pacers’ Doug McDermott and brought back Bryn Forbes, now an NBA champion. Plus, Joshua Primo, the youngest player in the 2021 draft class, was selected in the lottery, although he may be ticketed for a redshirt year in the G League. Even if it’s only McDermott and Forbes in the rotation from that trio, the Spurs suddenly have a perimeter-oriented team after a league low 28.4 3-point attempts per game in 2020-21 and a 24th-ranked 35 percent mark from beyond the arc. They may not strike the top 10, but this is an adapting group under head coach Gregg Popovich’s watch that will at least make it interesting.

McDermott, Forbes, Derrick White, Keldon Johnson, Lonnie Walker and Devin Vassell offer the Spurs intriguing pairings and trios to utilize. Dejounte Murray, too, but without as much of an established shot. This group should primarily take the minutes along the typical 1-2-3 spots in the lineup, and whoever doesn’t start offers the bench perimeter options in sixth- and seventh-man roles.

Up front still has questions on opening the floor. Jakob Poeltl is not a candidate for this. Zach Collins averaged 1.6 3-point shots per game in Portland, but injury woes have limited him to just 11 games over the past two seasons. Al-Farouq Aminu, Thaddeus Young and Luka Samanic are the other options, but the latter is unproven and the other two are unusual fits in the long-term plan, so it could be a wait-and-see on the roles they play. All three can hit an outside shot though, so the Spurs could at times line up five players to stretch the offense.

The wild card is Jock Landale, the Australian big man who officially signed with the Spurs over the weekend. He shot 38.4 percent from 3-point range last season. A sizable impact depends on how much he works into the rotation.

A wide-open scoring attack could make the Spurs threats to win an extra game or two, and they have defensive options in Poeltl, Murray, Johnson and Vassell. If Aminu plays a role, he’s a solid wing defender when healthy. So, this team should at least be adequate at both ends of the floor, but not enough to the point of chasing more than the 9th or 10th spot in the Western Conference’s play-in games. It will take the establishment of whichever player takes over the offensive load and the defensive identity coming through, both of which take time for a team with questions all around.

Either way, the Spurs are an interesting team in 2021-22, perhaps now more than ever in the post-Kawhi Leonard years. There is much to uncover to set up the future, taking its next step this season.