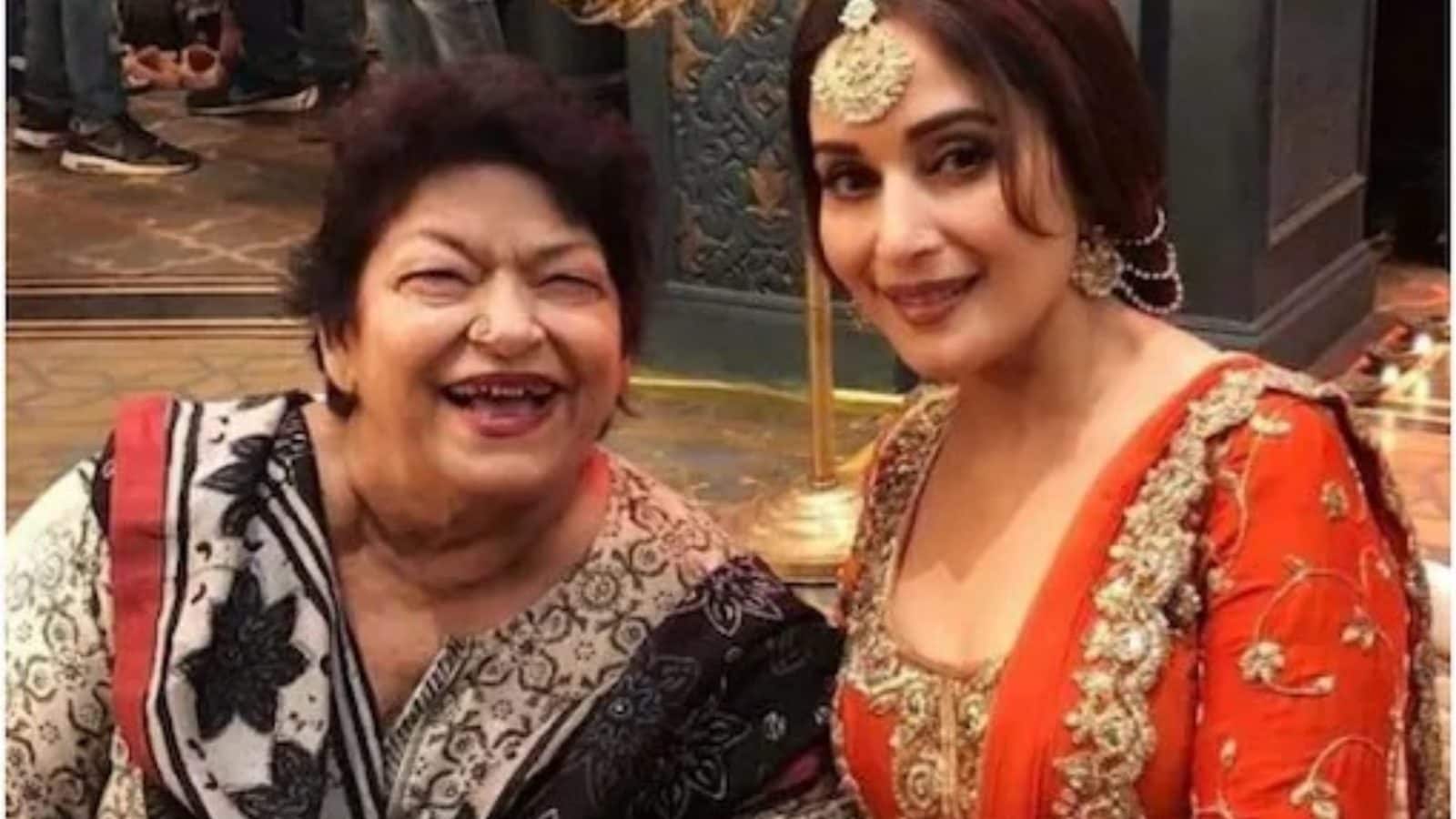 It has been more than a year since ace choreographer Saroj Khan’s passed away. On her first death anniversary last month, film producer Bhushan Kumar announced that a biopic on the Bollywood veteran will be produced by him through his banner T-Series. Even though choreographer and film director Remo D’ Souza wants to direct the film, the director for the film is yet to be finalised. Now, Saroj Khan’s daughter, Sukaina Nagpal, in a recent interview revealed her wish to see actress Madhuri Dixit narrating her mother’s story in the film.

Sukaina told ETimes that Bhushan Kumar contacted her family for the rights. Bhushan was in regular touch with the family about six months after Saroj Khan’s death.

Sukaina said that her brother Raju Khan, also a noted choreographer, gave his approval saying that Bhushan would be the “right person” for producing the biopic. She said that both she and her brother want their mother’s story to be told soon.

Sukaina said she has already told Bhushan that it would be great if he could get Madhuri to narrate her mother’s story. “Madhuri and my mother had a very special bond,” she said.

Team T-Series led by Bhushan Kumar currently is in the process of finalising a director for the biopic. Earlier, Remo wished to direct the film. However, he has not signed any official deal with Saroj Khan’s family. So far, he has not found any producer to bankroll the film, if he directs it.

Remo said he had spoken to Saroj Khan’s family expressing an interest to make her biopic. He said that Bhushan will soon take a call on “who’s directing it.” Remo said that he was aware of Bhushan Kumar producing the biopic much before the news broke out in the media.

Saroj Khan, a legend in the Hindi film industry, passed away on July 3, 2020.