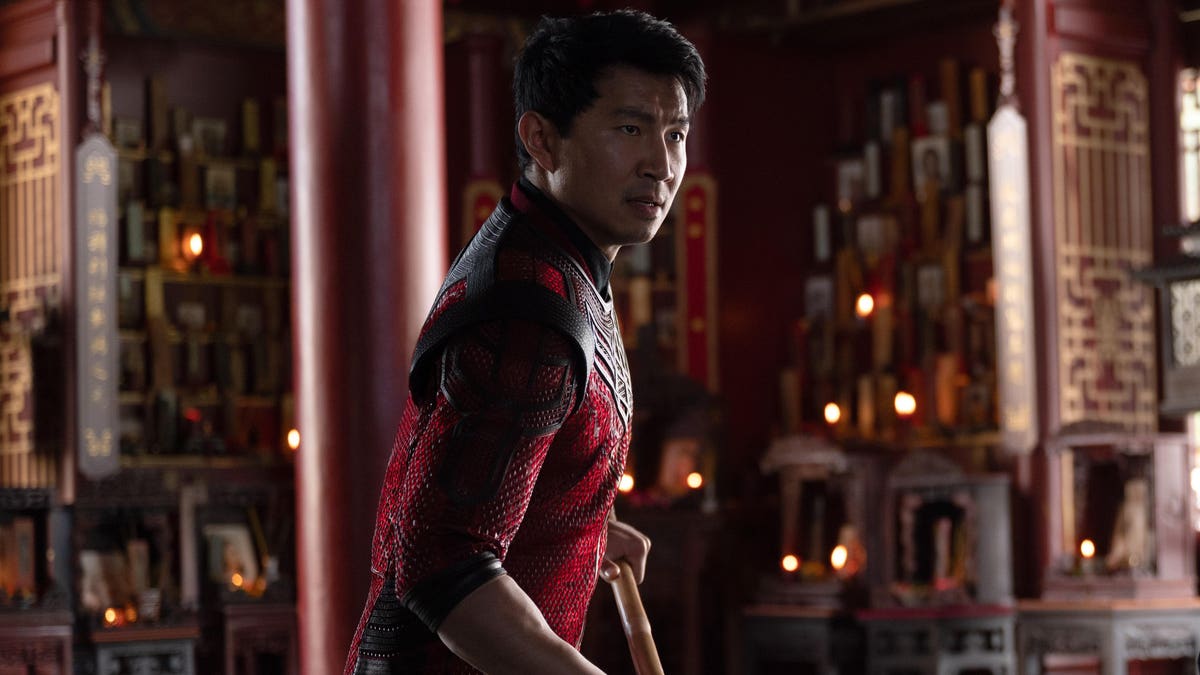 Walt Disney and Marvel’s Shang-Chi and the Legend of the Ten Rings (review) earned a strong $6.85 million on Tuesday, which is a reasonable 64% drop from its sky-high $19.4 million Labor Day gross. The Tuesday figure is enough to push the Simu Liu/Awkwafina/Tony Leung/Michelle Leung actioner past the $100 million mark in just five days of domestic theatrical release, with a $101.523 million Fri-Tues cume. Black Widow actually had a slightly higher ($7.7 million) Tuesday gross, but the Scarlett Johansson flick needed an extra day to pass said milestone. Shang-Chi notched the fastest race to $100 million since Star Wars: The Rise of Skywalker nabbed a $177 million domestic debut in late-December 2019.

Presuming the domestic/overseas split hasn’t changed to any extreme degree, Shang-Chi has earned around $170 million worldwide thus far. That already surpassing all but the biggest 2021 releases (Godzilla Vs. Kong, A Quiet Place part II, F9, Black Widow and Free Guy). It should be past Jungle Cruise ($194 million as of Sunday) and The Conjuring: The Devil Made Me Do It ($197 million) in the next day or three, with Free Guy ($239 million as of Sunday, plus whatever it’s earned in China since then) next on the list. And since Shang-Chi is only in theaters for the next several weeks, there won’t be an “Premier Access” variable mucking up post-debut legs or repeat viewings.

Jungle Cruise may have cost too much, but the Dwayne Johnson/Emily Blunt flick will still end up right between Rampage ($103 million in 2018) and Central Intelligence ($126 million in 2016), with a multiplier already 3x its $35 million opening. Likewise, as everyone wrongly panicked over the lousy $26.5 million debut of The Suicide Squad (as if a summer filled with the likes of Suicide Squad 2, Snake Eyes and Peter Rabbit 2 was going to get everything back to pre-Covid normalcy), 20th Century’s Free Guy opened with $28 million (from a $10.4 million Friday) and legged out to $94 million-and-counting. The original, star-driven, high-concept comic fantasy isn’t just an old-school “new franchise” in the making.

The Ryan Reynolds/Jodie Comer flick is doing quite well in China, with $58 million in ten days from a $23.5 million debut. That, yes, offers hope that there’s still a place for Hollywood movies (outside of safe franchises like the MonsterVerse and The Fast Saga) to prosper in China. Shang-Chi and the Legend of the Ten Rings is crushing any and all previous Labor Day-specific expectations, not only providing further evidence for the value of theatrical exclusivity but reminding folks that a blockbuster can open anywhere. Disney is again leading the overall domestic box office with over $600 million (counting the 20th Century output) for 2021.

For what it’s worth, Disney really did show up and do their part to “help” movie theaters right at the end of the summer. Granted, none of this is rooted in altruism and not every entertainment story is about “good” and “evil,” but Disney’s most recent four-quadrant offerings (Jungle Cruise, Free Guy and now Shang-Chi) are going to essentially run the tables between now and Venom: Let There Be Carnage on October 1 and No Time to Die on October 8. They may have let Universal (in late 2020) and Warner Bros. (in the first half of 2021) weather the storm, but they showed up, like Gandalf at the end of The Two Towers, right when everyone was starting to panic.

Of course, nobody wants a theatrical environment where it’s Disney, Disney and only Disney, so I’m still expecting you folks to show up for Sony’s Venom sequel, MGM’s James Bond flick, Universal’s Halloween sequel and (fingers-crossed) Warner Bros.’ Dune. over the next month-and-change. Of course, if you could show up to some non-franchise films (WB’s Cry Macho, Focus’ The Card Counter, Universal’s Dear Evan Hansen, etc.), that would be super, but one step at a time right? As I noted on a podcast appearance last night, in the last 1.5 years we’ve gone from “Gee, I wish folks saw more than just Disney flicks and franchise pics in theaters.” to “Thank goodness everyone showed up for the new Marvel movie!” Still, whatever misgivings I had about Disney mostly sitting on the sidelines (and messing up the Black Widow release by making the Disney+ factor the center of the narrative), they did eventually show up to at least try and save the day.