Shashi Tharoor Is Cleared in India in Death of Sunanda Pushkar 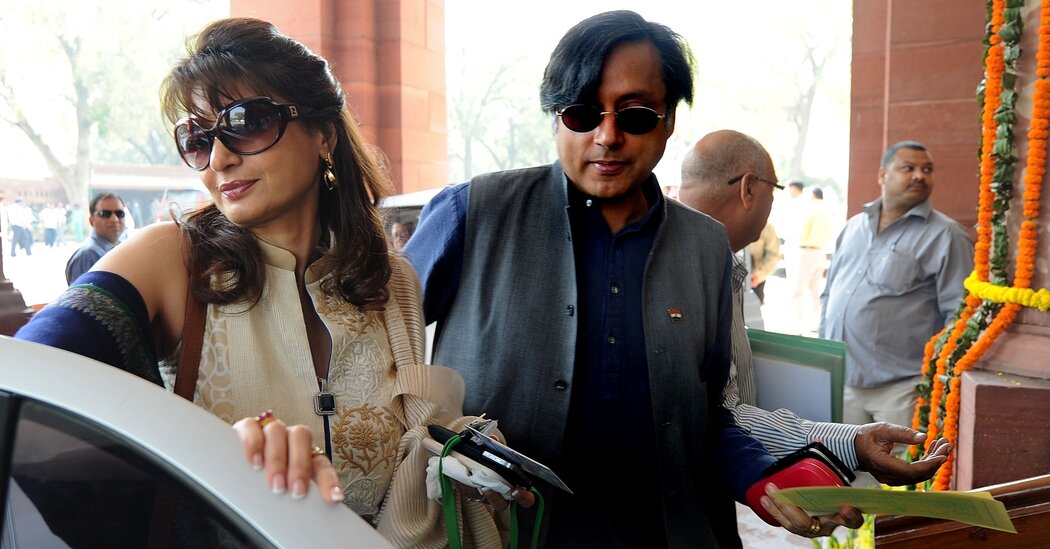 NEW DELHI — An Indian court on Wednesday cleared an influential politician of all charges in connection with the death of his wife, in a case long criticized by the country’s main opposition party as politically motivated.

Shashi Tharoor, a member of Parliament from the opposition Indian National Congress, was charged with cruelty and abetment to suicide in 2018, four years after his wife, Sunanda Pushkar, was found dead under mysterious circumstances.

The charges were dismissed by a court in Delhi, effectively setting Mr. Tharoor free in a case that riveted India’s political and media circles for years and put the details of his private life in the spotlight.

A lawyer for Mr. Tharoor argued that Ms. Pushkar’s cause of death had still not been clearly established, undermining the abetment to suicide charge.

In a statement on Twitter, Mr. Tharoor thanked the court, calling the charges against him “preposterous.”

“This brings a significant conclusion to the long nightmare which had enveloped me after the tragic passing of my late wife Sunanda,” he said.

Mr. Tharoor, 65, a former diplomat and cabinet minister who represents a parliamentary constituency in the southern state of Kerala, married Ms. Pushkar in 2010, the third marriage for each of them. The couple, who often posed for photographs and shared them online, were regulars on India’s party circuit, and neither of them were shy about airing their thoughts on Twitter.

In early 2014, Ms. Pushkar shocked her social media followers by accusing her husband of having a “rip-roaring affair” with a Pakistani journalist, which both Mr. Tharoor and the journalist denied. The public dispute with his wife became an embarrassment for Mr. Tharoor, who had served at high levels of the United Nations in New York, as discussion of their private lives intensified on social media platforms and in the news media.

When tweets were posted from his account that appeared to be addressed to the Pakistani journalist, Mr. Tharoor said his Twitter account had been hacked. Ms. Pushkar, in turn, told reporters that she planned to seek a divorce.

But within a day, the couple issued a statement on Facebook declaring that they were “happily married.”

A day later, on Jan. 17, Mr. Tharoor said he found Ms. Pushkar dead in the luxury Delhi hotel where they were staying. She was 52.

Mr. Tharoor faced a barrage of accusations, rumors and suspicions. In 2015, the police in New Delhi said they had filed a preliminary murder case, without naming a suspect. Three years later, they said they had “medico-legal and forensic evidence” tying Mr. Tharoor to his wife’s death.

Among those pressuring the police to bring charges against Mr. Tharoor was Subramanian Swamy, a member of Parliament from the governing Bharatiya Janata Party, or B.J.P., who insisted that Ms. Pushkar had been poisoned. Mr. Swamy has also tried to pursue legal cases against other members of the Congress party.

Supporters of Mr. Tharoor, who had been widely seen as prime minister material, said the B.J.P. was threatened by him and was trying to ruin his reputation.

In 2018, Mr. Swamy offered to assist the court in Mr. Tharoor’s prosecution. His application was dismissed.

Mr. Swamy expressed dissatisfaction with the court ruling on Wednesday, saying in an interview that he would offer his assistance again if it were appealed.

“It’s all there and I don’t know how the Delhi police argued the matter,” he said.

“I have weathered dozens of unfounded accusations and media vilification patiently, sustained by my faith in the Indian judiciary, which today stands vindicated,” he said. “In our justice system, the process is all too often the punishment.”