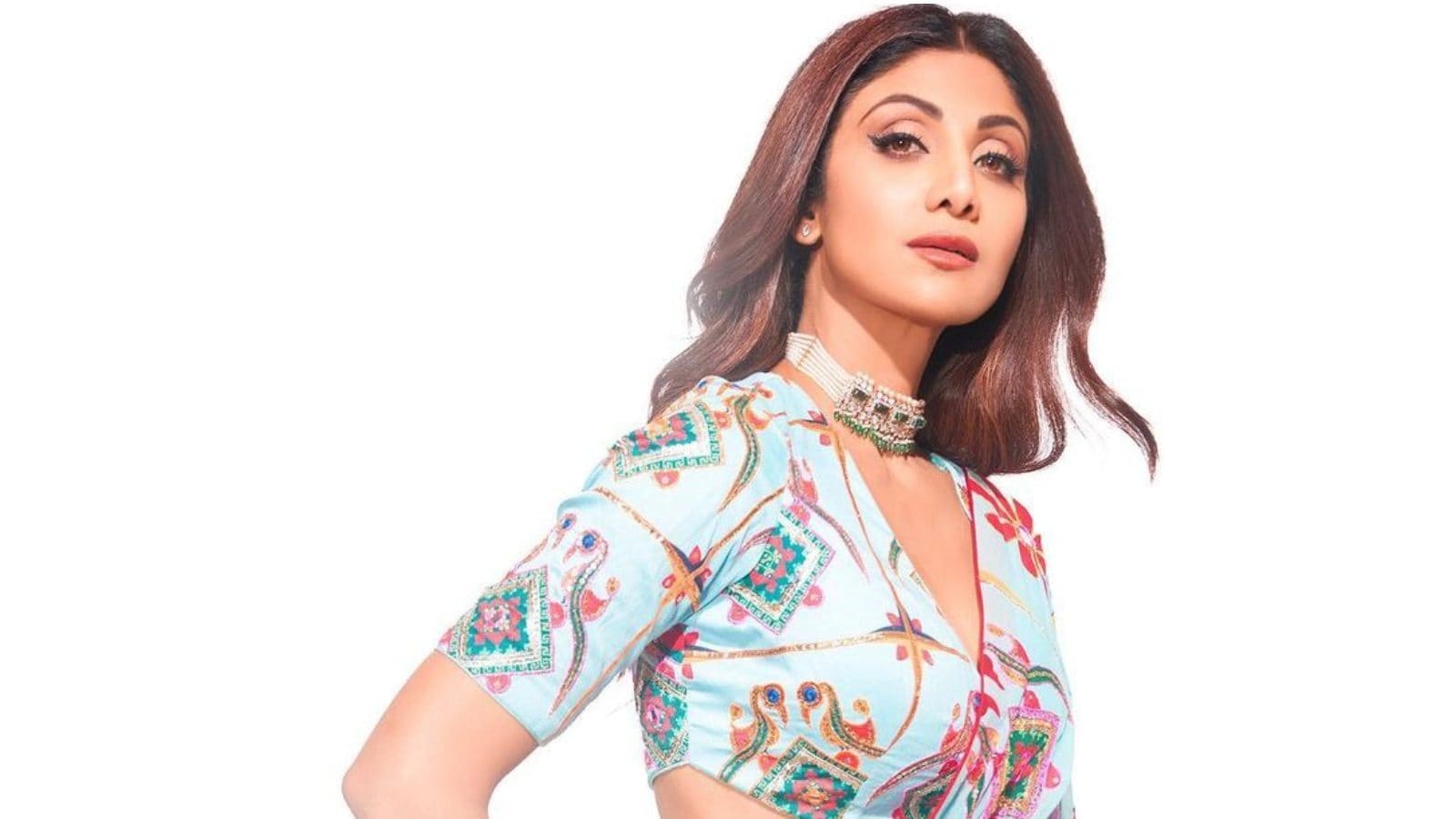 After several days of silence and zero social media activity in the aftermath of Raj Kundra’s arrest, actress Shilpa Shetty is gradually resuming her life as a star. Earlier this week, the actress went back to the judge’s chair on the dance reality show Super Dancer 4. She has now posted a bunch of photos flaunting her look from the appearance on the show.

In the photos Shilpa is seen flaunting her usual glamorous self, wearing a printed blue and red saree, paired with a printed blouse and a choker. The caption reflects her determination to rise above the troubles plaguing her family currently. She captioned the post, “There is no force more powerful than a woman determined to rise.” Her words found support in many other celebs. Susanne Khan commented, “Absolutely”, while Jacqueline Fernandez said, “You look stunning and you will always inspire.” Abhishek Bachchan sent her a hug emoji.

Shilpa shot for this weekend’s episodes of Super Dancer Chapter 4 after a three-week hiatus. Shilpa is one of the show’s three judges, the other two being film director Anurag Basu and choreographer Geeta Kapoor. She also opened up about women’s struggle in the society after watching an impressive performance by a contestant on Rani Laxmi Bai.

In a promo shared by the channel on their official Instagram page, the actress can be heard saying, “Main Jhansi ki Rani ke baare mein jab bhi sunti hu, mujhe aise lagta hai ke samaj ka chehra dikta hai. Kyun ki aaj bhi, aurat ko apne haq ke liye, apne pati ke baad, ladai ladni padti hai, apne asistva ke liye, apne bachcho ke liye. (Every time I listen about Jhansi Ki Rani, I feel like I can see the society’s face because even today, women have to fight for their rights, after their husbands, fight for their entity, and for their children.) This story, it gives us women the power to fight and she fought with her life. Jhansi ki Rani was really a superwoman.”