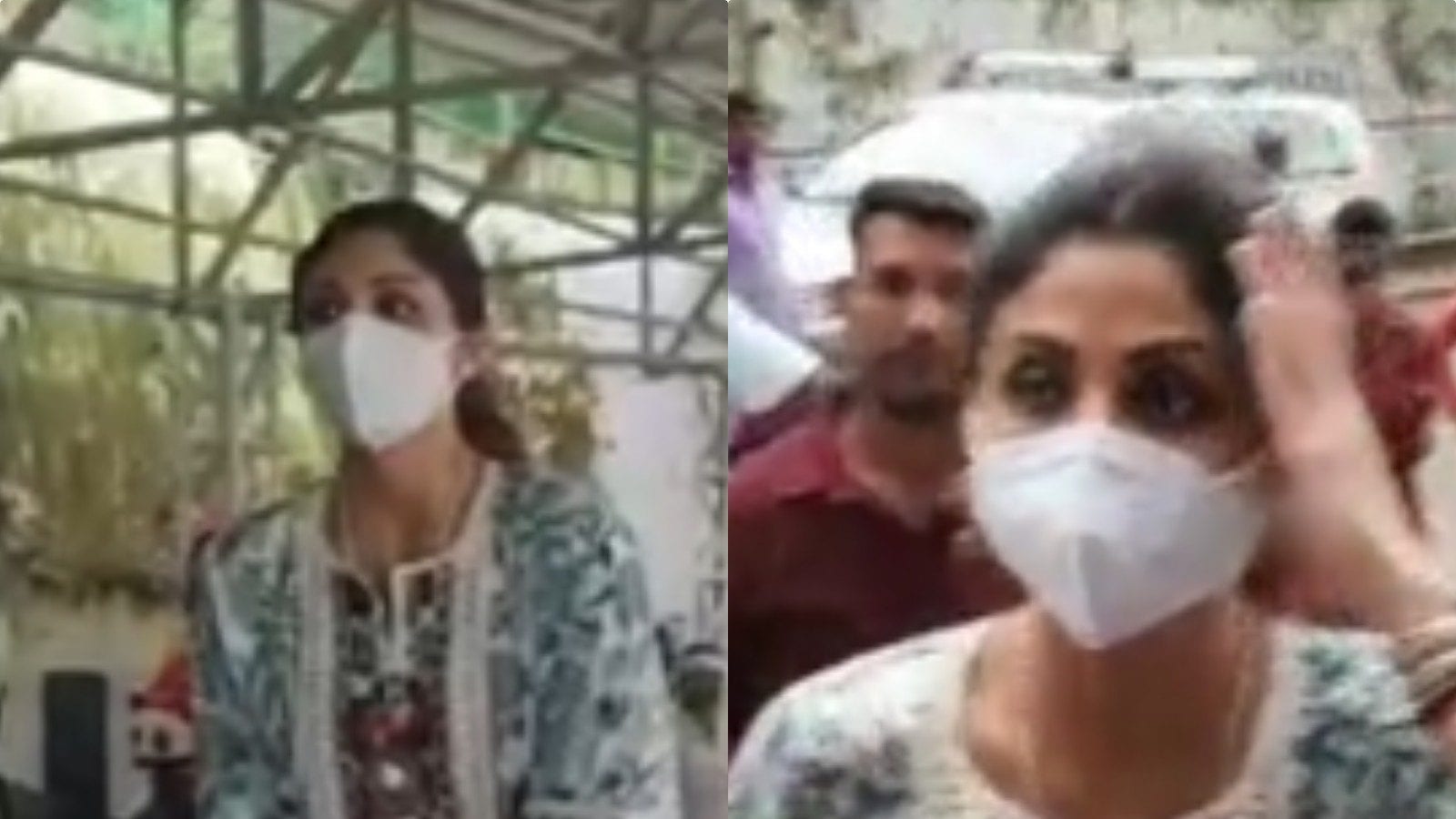 Actress Shilpa Shetty was spotted in Katra on her way to Mata Vaishno Devi Shrine. The actress said that she is very happy to visit the Shrine.

The festive season which started on September 10 with Ganesh Chaturthi has left people in a spiritual mood. Actress Shilpa Shetty, who recently performed Ganesh Puja at home is now on her way to Mata Vaishno Devi Shrine. The actress was spotted in Katra, where she could be seen riding a horse to go to the main Shrine.

In one of the videos, Shilpa could be seen mounting a horse and taking a selfie with a fan before riding off. In another video, she was asked by a reporter how she is feeling about going to Vaishno Devi. She said, “Bohut accha lag raha hai, bohot dino ke baad bulawa aaya hai (I feel very happy, I have been summoned here after a long time).”

The actress was also captured by the paparazzi at the airport on her way to Jammu. Bollywood paparazzo Viral Bhayani shared a video of her and wrote, “Covid taught us a lot sometimes it feels this is a new generation and we are much tougher now. Also we know who to trust and not. #shilpashetty snapped with her sister like friend Akanksha at the airport today morning.”

Meanwhile, Shilpa has been embroiled in controversy after her husband, businessman Raj Kundra was arrested for allegedly distrivuting pornographic content.

Meanwhile, the actress is currently judging Super Dancer 4 with Geeta Kapoor and Anurag Basu. She will be next seen in Nikamma with Abhimanyu Dassani and Shirley Setia.