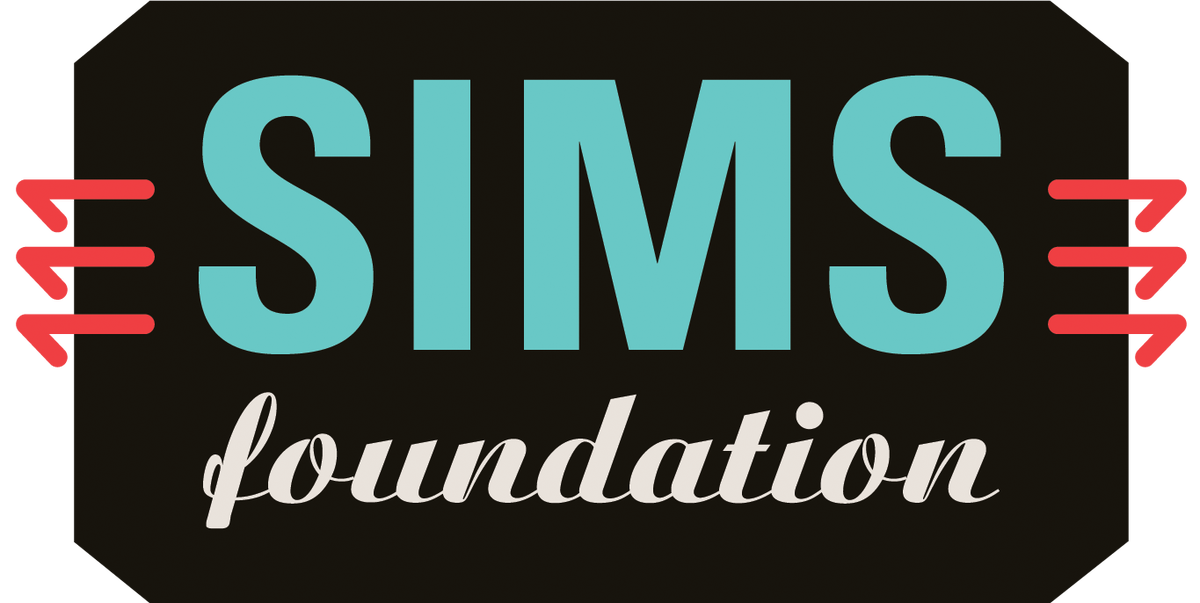 Since 1995, the SIMS Foundation has operated as a nonprofit seeking to provide behavioral healthcare for those in the music industry in need, educating fans and musicians alike along the way.

Founded in memory of Austin musician Sims Ellison, who took his own life, the foundation is in the midst of a “Founders Challenge” which seeks to raise awareness and expand the group’s necessary work outside its home base of Austin, Texas.

“SIMS is actually the only non profit in the United States that provides the full range of behavioral healthcare – so the full range of services for mental health struggles and for substance use to everyone in the music industry: musicians, music industry professionals and their dependent family members,” said SIMS Foundation executive director Patsy Dolan Bouressa. “The other thing we do is provide education around those issues to anyone in the music industry in the cities that we serve, so that we can start working on improving the way that people respond to this and making it a little less intimidating to seek care – and also to destigmatize these issues.”

Musician and SIMS Foundation co-founder Alejandro Escovedo comes from a musical family, the brother of singer/guitarist Mario, percussionists Pete and Coke (who both performed with Carlos Santana) and the uncle of longtime Prince percussionist Sheila E.

Escovedo knew Sims Ellison from his time in the Austin scene and recalls the organization’s humble beginnings.

“Our intent was to help musicians and their dependents with mental health and substance abuse assistance. At the time, it was very grass roots. I think we started with $5,000,” he recalled. “We had a real difficult time trying to convince bankers and such to loan us money to begin this organization. Because a lot of them thought, ‘Why should I help junkies and musicians?’ It was kind of branded as like this lifestyle disease. So there were a lot of taboos about it. And we had a hard time getting through to people. But here we are 26 years later and it’s still going.”

Escovedo is acutely aware just how important affordable access to behavioral healthcare can be for a musician often forced to spend the majority of their time on the road.

“It’s so personal. It really is. Because before I joined the SIMS Foundation, my wife had committed suicide. So it was very difficult to deal with that. And I didn’t have a SIMS Foundation at the time,” he said. “I kind of navigated that on my own as best I could with the help of therapists and such. But I didn’t really understand the long term effect of what something like that can do. And not only to me – I had a 6 month old daughter and a 9 year old daughter at the time. So I was trying to be a musician, I worked at the record store and I was trying to be a father and a mother at the same time. It was very difficult,” said Escovedo.

“In 2003, I was stricken with hepatitis C. I was knocked out of the game for a couple of years,” said the songwriter of his struggle with a disease which forced him off the road as a touring musician for a period of time. “If it hadn’t been for the community of people who I affected in one way or another, that included musicians and fans and what not – they’re the ones who really gave me a leg up during that time and really helped me endure that. It certainly wasn’t coming from the government because of the way our health system works and the way the insurance system works in America. So the people in the community were what kept me alive and what kept me inspired in order to want to feel better and continue my life.”

Escovedo collapsed on stage in 2003, the result of his bout with hepatitis C. At that time, as many musicians do, he was functioning without insurance.

Today, many artists still can’t afford adequate healthcare. Even following the passing of the Affordable Care Act in 2010, mental health services in particular remain hard to come by.

“Even before the pandemic, it’s a very difficult life to live – to be in the music industry. It can be a low paying career. So to have services like this to support them in their emotional well-being is so necessary to keep that music going,” said Bouressa. “Because of ACA, lots of folks have now gotten insurance. But even though the ACA had written into the law what’s called parody for physical healthcare and mental healthcare, that’s not really happened. So you can have insurance and it be great for your physical healthcare – but having let’s say a $20 copay for your primary care office visit is not as comparable when you’re looking at going to a therapist every week,” explained the licensed clinical social worker. “So we have a great many people in the music industry who have wonderful insurance for their physical needs – but they just don’t meet the needs for their mental health or substance use needs.”

The onset of pandemic has increased an already high level of difficulty for artists looking to simply make ends meet.

Following the popularity of online file sharing and streaming in the internet era, it’s become difficult for artists to monetize recorded music. With album sales virtually nonexistent, many musicians now make the majority of their money on tour, selling branded merchandise directly to an energized fanbase.

With traditional live performance off the table for the better part of the last year and a half, and a full return to the road looking increasingly uncertain amidst the arrival of the Delta variant, many continue to struggle.

“It was really devastating to watch. And it took quite an emotional toll on all of us who are working with these folks,” said Bouressa. “You saw people who have never historically really struggled with anxiety or depression just crumbling under the pressure of the realization that the [music] industry, at least as [pandemic] started, was imploding. And then that sort of fear of the uncertainty – not only of ‘Am I going to be safe and not catch it? Will my family be safe and not catch it?’ but also in terms of ‘What is the future of the music industry? What will it look like?’ We really saw that having a huge impact on people’s emotional well-being.”

One of the main ways SIMS Foundation sets itself apart is in its treatment of not just music industry professionals but of their dependents as well, creating an awareness for all of the other lives impacted by careers spent largely on the road and the mental illness and substance abuse that can begin to accompany it first as a coping mechanism and later as addiction.

“Those of us who are fortunate enough to make a living playing music – we’re gone for long periods of time. We don’t get to go to the little league game. We don’t get to see the first things in school that our kids do, their first Christmas choir for example,” said Escovedo. “There’s long periods of separation and loneliness. Which leads to idle hands and idle mind. The drink seems to be your friend. Or the drug seems to be your friend. Or the girl seems to be your friend. And suddenly you find that you can’t relate to what’s at home anymore because you’re gone so much. When you go through that as a musician, your whole family goes through it with you,” he said, noting the impact of a rigorous but ultimately necessary touring schedule.

“The kind of language that you speak on the road doesn’t translate to a family. So you come home and you feel a little alienated. It takes a little while to get your land legs back, as we say, and be part of the family again. Your children suffer from that. So when something like that happens, when someone is dealing with anxiety or whatever it may be inside of a mental illness or some sort of substance abuse, the whole family suffers. So that’s what I think is really beautiful about SIMS: we provide care for the whole family. And that’s really important.”

During a period defined by record unemployment, navigating pandemic has been difficult for nonprofit charities too.

“When this started, and COVID-related funding was going around all over the country, the really unfortunate thing was that most of those funds were earmarked for quote unquote ‘basic needs.’ Which sounds good on paper. But mental health was not considered a basic need on any of those. So all of that COVID funding? We were not eligible for it. Which is just a testament to how truly stigmatized these issues are. We were not in anybody’s mind at the time,” said Bouressa. “With COVID, and everything shutting down, we were unable to do our normal fundraising events. So that right there, from a financial standpoint, it was a really difficult thing. But, thankfully, we’re still here and we survived that.”

Despite the logistical hurdles put in place by pandemic, SIMS Foundation is seeking to expand their reach outside the Austin, Texas music community.

It was a dream of Don Ellison, father of Sims, to see the memory of his son live on through expansion of the work SIMS Foundation does by helping musicians in need across the country at a critical time.

The “Founders Challenge” seeks to raise awareness in the hopes that leads to additional fundraising.

“We had already voted as a board in April of 2020 to start working towards expansion. Because we get calls, and have way before the pandemic, from across the nation of musicians and people in the music industry in need of care – and there just isn’t anything like SIMS out there,” said Bouressa, noting the decision to move forward just one month into quarantine. “So Don was kind enough to sort of light a fire underneath the other founders. And that led to us launching our ‘Founders Challenge’ – which is really a challenge from our founders to the nation to say, ‘If you love music, if you’re part of the music industry, if you’re an organization that’s interested in supporting, we need donations in order to support this amazing work that we do.’ And we’ve got really simple ways to do that. You can go to simsfoundation.org/donate or you can text SIMS to 44321.”

“I’ve got to tell you that Don Ellison provided the resources for us to launch this campaign. And sadly enough, Don passed away this year. What Don wanted more than anything was for us to expand the awareness of SIMS and the resources for mental assistance for musicians and their families. So we’re continuing this in honor of Don,” said Escovedo.

“I’m really hoping that the ‘Founders Challenge’ creates some sort of awareness for people and that we are able to go and expand into other cities that need it. Because music is an essential part of life. It crosses all boundaries, all lines, all races, all religions and all cultures. It’s part of our daily life. And when people say, ‘Oh, they’re just musicians. Why would I want to help them?’ We’re all human beings and we all need to help each other during this time more than ever. So I believe that the ‘Founders Challenge’ is extremely important at this time,” he said.

“When SIMS was created in Austin, it was like an ideal community. It was a really strong community of people that helped each other that was always there. And SIMS came out of that sort of vibe. And I would love to see that SIMS always projects and passes on that sort of feeling that we need to help each other, love each other and support each other – and be tolerant and patient of each other. I think that’s part of what SIMS is all about.”