Singapore Will Start Easing Its Covid Rules Next Week 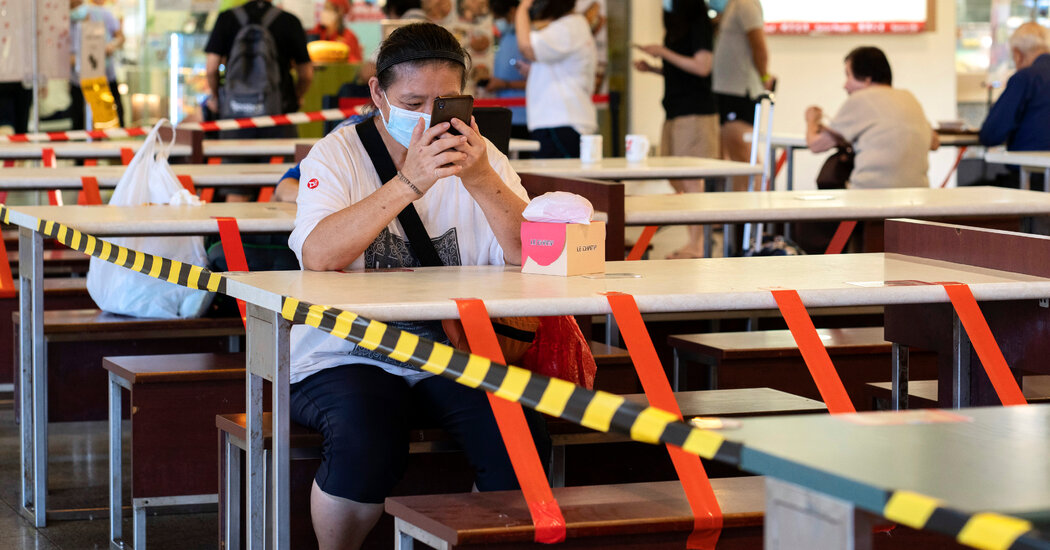 Singapore said on Saturday that it would begin easing its pandemic restrictions next week, another sign that the city state is recovering from a recent surge of hospitalizations that delayed its reopening plan.

From Monday, fully vaccinated people will be allowed to gather in households and restaurants in groups of up to five, an increase from the current two, government ministers on Singapore’s Covid task force told a news conference.

“We are now transitioning towards living with Covid-19,” the trade minister, Gan Kim Yong, said. “I know many, or some, prefer to open up more quickly, but we must do so in a very careful and step-by-step manner.”

Singapore’s border closures and aggressive Covid testing made it a success story in the early days of the pandemic. It was also among the first countries in Asia to order vaccines. But the country’s pandemic exit plan — incremental and highly regulated even under the best-case scenarios — was delayed for months by a recent surge of cases that overwhelmed the hospital system.

Compared with the United States and European nations, Singapore and many other Asian countries have been much slower to reopen their borders and ease rules on social gatherings.

Singapore’s rules are extreme even by the standards of other Asian countries with high vaccination rates. Only two people may gather together at gyms, malls and public places, including outdoors, for example, even though nearly nine in 10 residents are fully vaccinated.

Singapore officials said on Saturday that they probably would not ease restrictions any further for the rest of the year, because they wanted to limit social gatherings during holiday festivities.

Singapore recorded 1,633 new local cases on Friday, the Health Ministry said, down from the second half of October, when the number of daily local cases rarely dipped below 2,800 and reached a high of 4,650 on Oct. 27.

The burden on Singapore’s health system has fallen over the past month. The intensive care unit utilization rate was 57 percent on Friday, the Health Ministry said, down from about 84 percent on Oct. 25.