Situation at Kabul’s Airport Worsens as Diplomats Warn of Threats 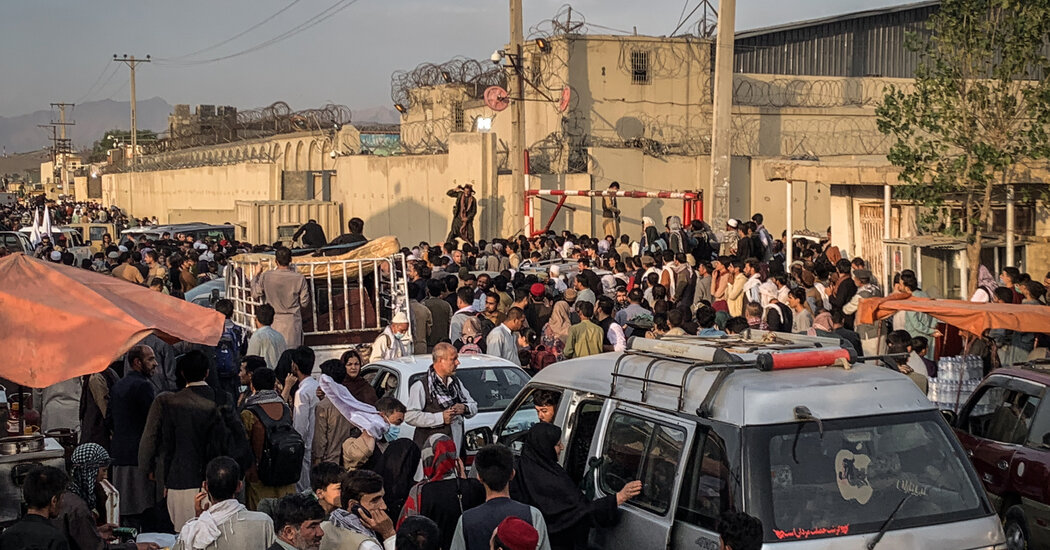 The State Department and Pentagon on Saturday gave conflicting messages to Americans seeking to flee Afghanistan through Hamid Karzai International Airport in Kabul, as security conditions continued to deteriorate at the remaining gateway out of the country.

Even as the State Department warned Americans to avoid traveling to the airport because of security threats there, including risks of terrorist attacks, Pentagon officials said several gates at the airport were open intermittently to allow Americans with proper credentials to come inside.

Maj. Gen. William Taylor of the Pentagon’s Joint Staff told reporters on Saturday that military commanders at the airport were “metering” the flow of Americans, Afghan allies and other foreigners with proper credentials to ensure everyone entering the airport to board flights out was screened and vetted.

“Our military forces at the gate have the ability to continue to process those who come to the gate,” said General Taylor.

General Taylor acknowledged some of the gates to the airport had temporarily closed and reopened over the past 24 hours to permit the safe flow of people trying to gain entry.

Pentagon officials said there was a security threat posed by the large unruly throngs gathered at several airport entrances, including the potential risks of attacks from Al Qaeda and Islamic State.

John F. Kirby, the chief Pentagon spokesman, declined to comment on any specific threat because of operational security, but said that the security situation at the airport was extremely volatile, changing every hour at different locations around the airfield.

Mr. Kirby said there had been no additional helicopter rescues of Americans in Kabul seeking to flee the Afghan capital since a mission on Thursday, but he did not rule out the possibility of similar operations if local commanders believed they were warranted.

“We continue to explore options to help Americans, as needed,” Mr. Kirby said.

While refusing to acknowledge that the window for evacuation flights out of Kabul may be closing as security outside the airport gates worsens, Mr. Kirby did say, “We know we’re fighting against both time and space.”

General Taylor said that in the past 24 hours, three Air Force C-17 transport planes and 32 chartered jets had departed Kabul, carrying 3,800 passengers, roughly half of them Americans. That figure is down from 6,000 evacuated two days ago, before the Pentagon had to pause flights from Kabul on Friday for up to seven hours when facilities in Qatar, the main receiving station for evacuees, filled up.

Flights later resumed to other intermediate stops for the evacuees in Bahrain, the United Arab Emirates and Germany. Since the airlift operation began last Sunday, General Taylor said that 17,000 people had been evacuated, including 2,500 Americans.

In the past 24 hours, General Taylor said, three more flights landed at Dulles International Airport outside Washington, carrying Afghan visa applicants bound for American military bases in Texas, Virginia and Wisconsin, where they will complete their visa applications before being resettled permanently in the United States.