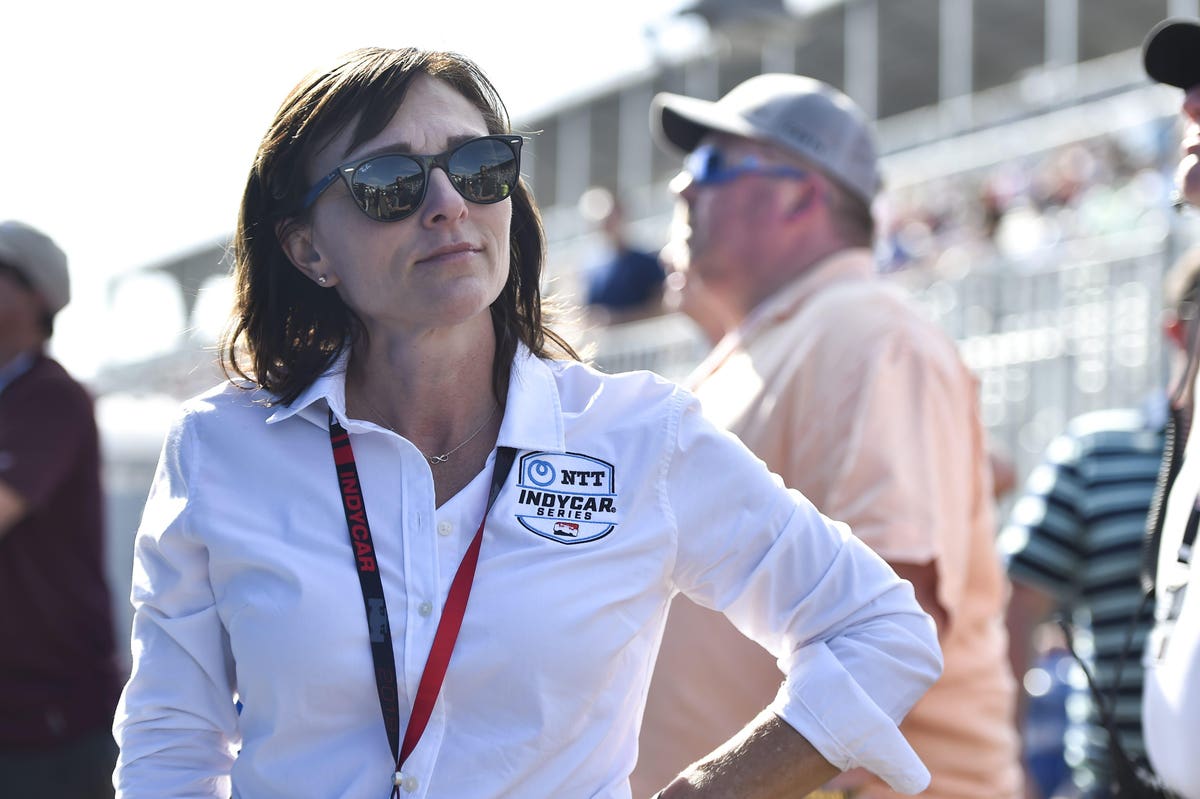 Twenty years ago, SJ Luedtke was just trying to make her way into the motor sports realm. The young woman, who grew up loving racing next to the famed Road America in Wisconsin, couldn’t get racecars off her mind.

Luedtke would do whatever she needed to in order to succeed. That meant taking a job at Newman/Haas Racing for Carl Haas and Paul Newman, cooking for the team, the drivers and the sponsors, and providing hospitality for them.

It’s been a long journey for Luedtke, but now she worked her way up to become the vice president of marketing for the NTT IndyCar Series.

“There are females who hold these roles and work their way up from making Michael Andretti’s porridge, which was my first job, to helping lead marketing for a major motor sports series,” Luedtke said. “If I can do it, anyone can do it.”

Luedtke joined the NTT IndyCar Series in February 2019 and settled in immediately. The familiarity — thanks to her start in the open-wheel racing community — created the perfect environment to get off and running.

Thanks to Luedtke’s efforts, the series is thriving. Specifically, it just extended a multi-year contact with NTT as the title sponsor of the series and it also inked another extension with NBC Sports.

Her job, though, is not so simple.

“Day to day, I’m overseeing our digital ecosystem,” Luedtke said. “My team manages the website and social platforms for IndyCar. We work closely with our promoter partners to put on races. We build the marketing plans and make them better leading up to the races. I work closely with NBC to promote our races.

“My team is also involved in thinking about fan engagement and things we’re doing with our drivers, getting fans interested in the series. We work closely with our PR team to capitalize on that. That’s what my job is supposed to be, but you’re also called in to help our partnership group to come up with a strategic plan to improve our relationship with key partners like Firestone or NTT.”

There have even been times, as of late, where she had to take the reigns on race day. When a coworker was recently told they couldn’t travel due to an injury, Luedtke took on a few extra hats by running the pre-race and post-race operations.

“I was on the headset with NBC and the race director, calling the flyovers, signaling the anthem singer and moving a bike rack to allow the winning car into Victory Lane,” she said. “No job is too small for myself or anyone on my team, and we all pitch in where it’s needed.”

This past weekend at Portland International Raceway, it was almost like a reunion for Luedtke, just 30 minutes away from Nike’s headquarters in Beaverton.

Throughout Luedtke’s journey, she’s found herself as one of the top women in male-dominated areas. But that has never stopped her from succeeding.

“I’ve been working in sports for my whole career, and I’ve been blessed in that I think, at a young age, I had some strong female figures,” she said. “One of the things that I — rightfully or wrongfully — didn’t see was gender to a degree. I think the way I looked at it was that I was conscious of the idea that the ‘boys club’ existed.

“I made up my mission to figure out a way to just be part of the decisions that were being made, to make myself relevant and contribute with a different point-of-view. I didn’t let the fact that I was a female affect anything. I wanted to contribute to the problem we were solving, the client we were working with or the project I was leading that I had a right to be part of the conversation.”

And if Luedtke did have a problem with the way someone was treating her, she wasn’t shy about letting them know it.

“ I never let the fact that I am a woman get in the way of that,” Luedtke said. “The other way I’ve approached it is that I’m a direct and straightforward person. If I ever felt someone was overstepping or not allowing me to contribute when I felt I had a right to contribute, I called him out on it.

“Sometimes, it worked out and sometimes it didn’t. You have to be honest and tell people how you’re feeling. Nine times out of 10, they don’t even know they’re doing it. If you make it known, you can work through it.”

Now, as Luedtke leads the NTT IndyCar Series’ marketing team, she is focusing on innovation. Additionally, she wants to lead the sport’s diversity effort to make sure there are more voices heard and given the opportunities they deserve.

She is determined to be a mentor for those around her, no matter who they are and what they want to accomplish. If she can do it, as she stated, anyone can.

“I was lucky enough not to have to go pay for a master’s degree in marketing communications because I learned it in real time at Nike and learned brand marketing,” she said. “I have a strong network of friends who I’ve known from my racing career over 20 years who support me and they’re my sounding boards when I’m working through a problem because they know enough about the industry to help me find my way through. It’s my framily, as I like to call them.”