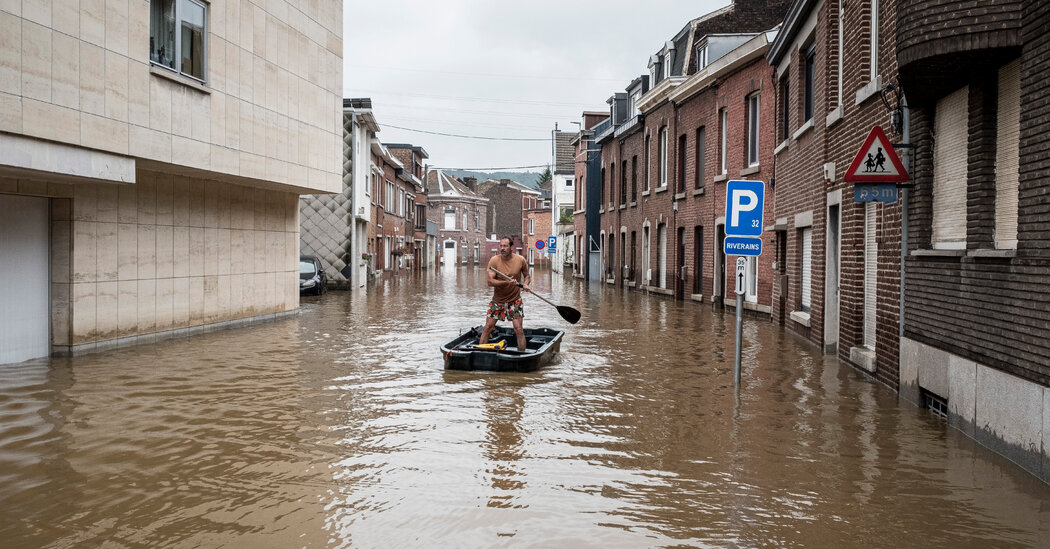 In Liège, Belgium’s third-largest city, much of the early panic eased on Friday as residents said the waters of the Meuse river seemed to recede, at least a bit.

Fears that a major dam might break led the mayor to call for parts of the city to be evacuated late Thursday. But on Friday, people were allowed back, though they were told to stay away from the river, which was still lapping over its banks.

“The situation is now under control, and people can return to their homes,” Laurence Comminette, the spokeswoman for the mayor, said in an interview. “Of course not everyone can go back, because many homes have been destroyed. But there is no longer an imminent danger of more flooding.”

Georges Lousberg, 78, said he thought the crisis was largely over in the city. “It did not rain much today, and the weather is supposed to be better the rest of the week.”

He said there have been times when the Meuse was even higher, especially before walls were built along its banks. “The worst flooding was in 1926,” he said.

Prasanta Char, 34, a postdoctoral student in physics at the University of Liège, said he had been anxious about rain overnight after the mayor’s evacuation call.

He had gone looking to buy water, but had a hard time because so many stores were closed. He finally found a small convenience store in the shuttered city.

“It’s much worse in Germany, and a lot of the roads are shut and the trains are stopped,” he said, “I’m still a bit anxious about rain, but today it seems better.”

BTS’s ‘Butter’ Ties As The Fourth-Longest-Running No. 1 Hit In America This Decade