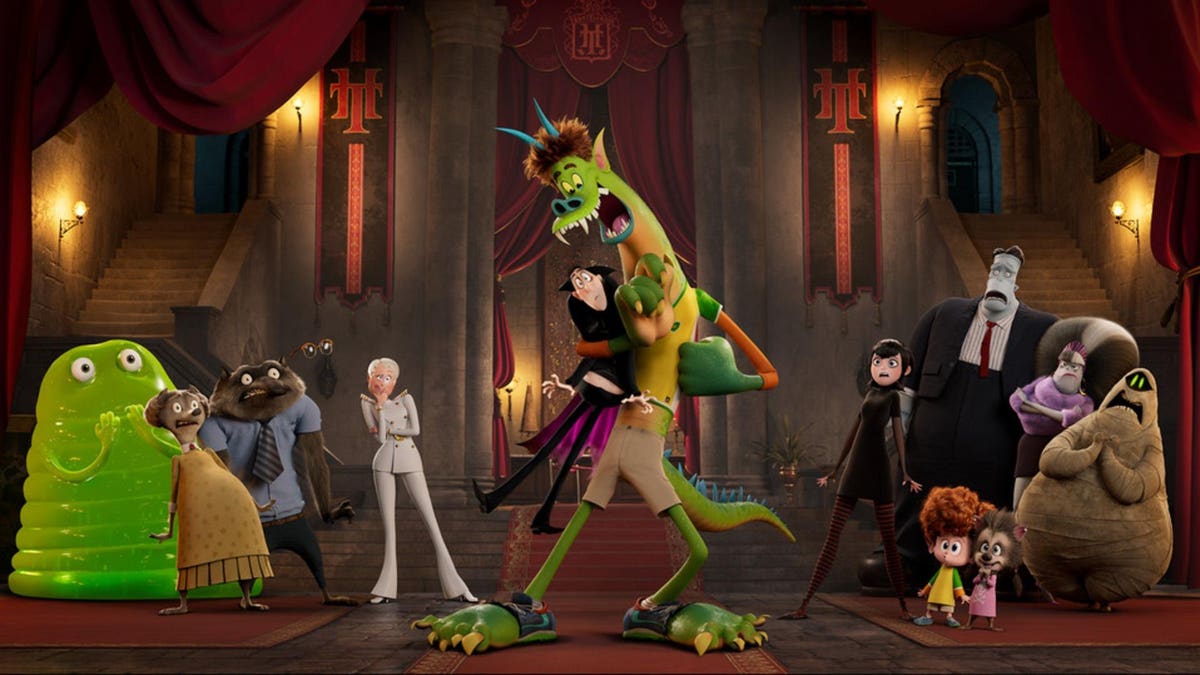 Sony is reportedly (so says Variety) on the verge of selling Hotel Transylvania: Transformania to Amazon for over $100 million, a deal would make the fourth installment in the blockbuster Sony Animation series into a streaming-specific debut. There were rumblings last week, right as Sony moved Venom: Let There Be Carnage from September 24 to October 15, that such a deal might happen with one of the big streamers.

The previous trilogy has earned $1.3 billion worldwide on a combined budget of just $230 million. However, there is real concern that the kid-skewing comedy would be severely impacted by rising infections of the Delta variant, which seems to be a bigger threat to young kids, even while none of the Covid vaccines remain authorized for those under 12. To say that this is unfortunate is an understatement.

Sure, without Adam Sandler voicing “Drac” this time out, the film might not have earned anywhere near the grosses of its previous offerings ($379 million in 2012, $470 million in 2015 and $527 million in 2018). But the franchise is as much rooted in the marquee characters (the “Drac Pac” and friends) as in the actors who play them, especially for kids who didn’t grow up on Happy Madison flicks.

Considering the film likely cost around $75 million to produce, there’s a lot of profit being washed away by the inability for kids to “safely” see a kid-friendly flick with their parents. Clifford would/will be a coin toss, but Hotel Transylvania 4 was an almost guaranteed hit. The deal will agedly allow Sony to keep rights for home entertainment, linear television and Chinese exhibition.

Sony is in a unique situation as the only big studio without a major streaming site, all due respect to Crackle. And their (very large) deal with Netflix concerning the first pay-tv window for future Sony theatrical releases was a sign that Sony would not be joining the streaming wars but would instead sit on the sidelines and sell the valuable third-party content instead. Why wage war when you can just sell the guns?

Still, they have had to sell a number of possible theatrical hits, including the LGTBQ holiday rom-com Happiest Season, Kevin Hart’s Fatherhood, Tom Hanks’ Greyhound, Camila Cabello’s Cinderella and Seth Rogen’s American Pickle. They are getting cash in hand but losing out on both theatrical revenue and a strengthening of their brand.

There exists a timeline where Sony scored rave reviews and strong box office with The Mitchells Vs. the Machines (still probably the best mainstream movie of the year) and Vivo and thus further asserted Sony Animation as a real artistic force to be reckoned with. Hotel Transylvania 4 may not have ended up in the Oscar race, but it was the very definition of a safe tentpole in pre-Covid times.

It’s one thing when commercial question marks were getting sold off to streamers during the pandemic. But now we’re seeing surefire hits suffering the same fate, and frankly through little fault of the studios themselves. Considering how much Transformania might have made theatrically in a non-Covid world, I’d argue $100 million is damn well a bargain.