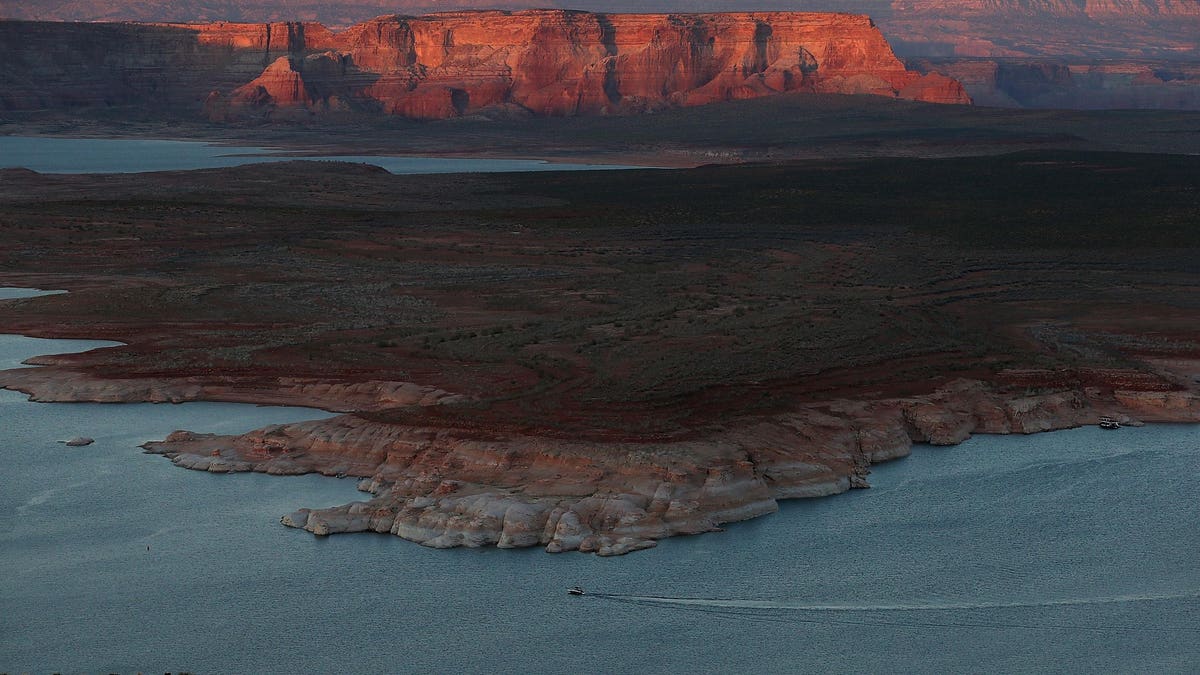 The federal government declared a water shortage on the Colorado River for the first time on Monday, which will trigger cuts in some Southwestern states starting in January, as water levels continue to decrease amid a major drought.

The two reservoirs that are fed by the Colorado River, Lake Mead and Lake Powell, have fallen to record levels — down to 35% and 32% of capacity respectively — with the largest, Lake Mead, recording the lowest water level since it was created, according to CNN.

The U.S. Bureau of Reclamation said it is expecting water levels in Lake Mead to fall to about 1,066 feet in January, triggering the first round of cuts, with a second round of cuts planned if water levels fall below 1,050 — which the agency said could come as soon as 2023.

Arizona will likely see the biggest impact, with an 18% cut to its water allocation, followed by Nevada, which will have a 7% reduction; California, which also receives water from the reservoir, won’t be affected by the initial cuts, CNN reports.

40 million. That’s how many people the Colorado River supplies water to across Nevada, New Mexico, Utah, Wyoming, Colorado, Arizona, California and Mexico, according to the U.S. Bureau of Reclamation.

“The only way to address these challenges and climate change is to utilize the best available science and to work cooperatively across the landscapes and communities that rely on the Colorado River,” Tanya Trujillo with the U.S. Department of the Interior told the Hill in a statement.

In June, a National Centers for Environmental Information report showed 36% of the U.S. faced severe to extreme drought and 47% experienced moderate to extreme drought. Most of the states experiencing this drought were in the west, where there were scorching hot temperatures upward of 100 degrees. The U.N.’s Intergovernmental Panel on Climate Change’s report released last week said that droughts are happening up to 70% more frequently than before and are linked to hot temperatures caused by climate change. Scientists warned that people may see more extreme heat waves, hurricanes and droughts due to climate change.