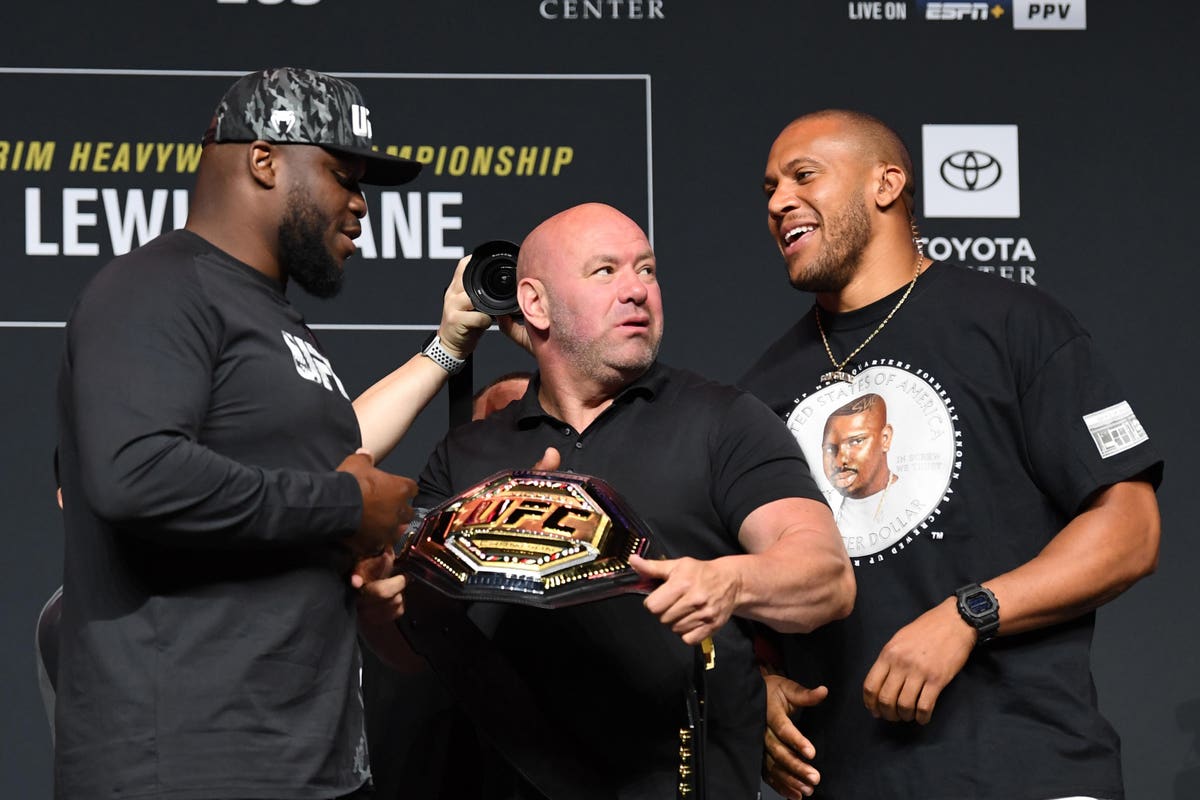 The UFC is in Houston, Texas tonight for the UFC 265 pay-per-view card. The main event of the ESPN+ streaming pay-per-view card is a heavyweight title fight between Derrick Lewis and Ciryl Gane. Lewis is the No. 2 ranked fighter in the official UFC heavyweight rankings, while Gane checks in one spot below Lewis.

For Lewis, who calls Houston home, this is his second shot at UFC gold. He lost his first UFC title fight when Daniel Cormier, who held the title at the time, made quick work of Lewis when he submitted him in the second round. Lewis is coming off a knockout win over Curtis Blaydes and has won his past four outings.

Gane is 9-0 in his MMA career. He joined the UFC in August 2019 with a record of 3-0. His first fight with the promotion was a first-round submission win over Raphael Pessoa The French fighter is coming off a June decision win over Alexander Volkov. He has the longest active winning streak in the UFC’s heavyweight division.

The winner of the interim title fight will likely face champion Francis Ngannou in a title unification bout.