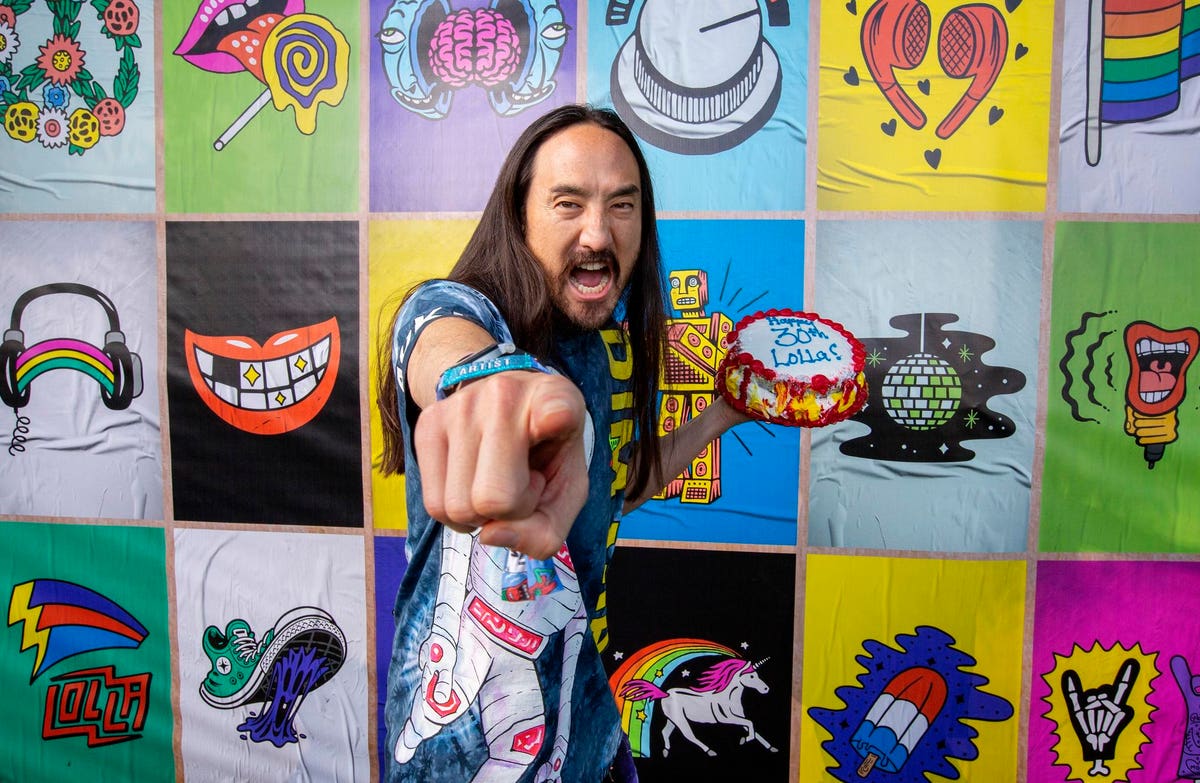 “To Chicagoans, you know how great our city is and we love you. Out-of-towners, please take advantage of the culture our city has to offer,” said Chicago mayor Lori Lightfoot Thursday on stage during day one at Lollapalooza.

Moments later, Lightfoot would implore concertgoers to spend lots of money in the Windy City during their stay. And it’s easy to see why. Festival operator C3 Presents has estimated Lollapalooza’s economic impact on Chicago at $1.7 billion since 2010.

With COVID cases soaring amidst the arrival of the Delta variant, Lightfoot has faced scrutiny for allowing the festival to take place. And with temperatures over 80 degrees Thursday, masking was at a minimum as Lollapalooza operated at full capacity in Grant Park following a 2020 postponement, the first of four days which will see performances by nearly 170 artists on eight stages.

Lightfoot was on hand to introduce psychedelic soul outfit Black Pumas, the unquestionable highlight on day one at Lollapalooza.

Organ cemented a soulful opening as singer Eric Burton, clad in a Chicago Cubs jersey, jumped down from the stage to mingle with the crowd.

Working as a six piece group featuring a pair of backing vocalists, Black Pumas kicked out “I’m Ready” second in their set Thursday in Chicago. Early on, the group made its mission statement clear, lyrically referencing both George Clinton and Marvin Gaye.

“I’m so excited. I’ve been looking forward to this since it got postponed [last year]. That was going to be my first time [at Lolla],” said German pop singer songwriter Kim Petras backstage Thursday. “This is my first time playing after lockdown in front of people. So it’s very big for me. I can’t stop smiling. I’m so excited just to do what I love and what feels best to me again. So I’m just excited. I’m going to see Miley Cyrus tonight so I’m stoked. She’s going on right after me so we’ll have some deep dish pizza backstage and watch Miley. That sounds like a good night.”

Flanked by four dancers, Petras moved deftly, climbing a set of stairs to an elevated platform where she performed in front of a massive video screen on the Lake Shore stage.

“I’m performing the first one of my new songs tonight as the opening. It’s called ‘The Future Starts Now.’ And it feels so special,” said Petras. “I wrote it with my friends during lockdown – and recorded it in a closet. I’m finally able to share it in person. I didn’t want to drop anything without being able to perform it with my fans – that’s the real thing.”

“Hillside Boys” followed and the crowd exploded for “I Don’t Want it at All,” a saccharine pop affair drenched in keyboards conjuring up images of the 80s.

“What’s up? How ya doing? What’s going on?” asked singer songwriter LP of the Chicago crowd.

As Olivia O’Brien wrapped up on the Bud Light Seltzer stage, LP put on a pop clinic nearby. Backed by a four piece band, the powerhouse singer channeled her inner Mick Jagger on stage Thursday.

“I had my first show last night at the Metro. It was so cool. It was a special show. It was fun,” said LP of her Wednesday night Lollapalooza aftershow at one of Chicago’s most intimate venues.

“I played [Lollapalooza] in 2012. I was on the BMI stage that year. It’s kind of funny – the first time I played, the park got evacuated,” recalled the singer of the rain, looking back with a laugh. “I was in the first cycle of bands back after the storm. With this one, the pandemic stopped it for a year. I also played the first French Lollapalooza in 2018.”

LP picked up the ukulele for “Girls Go Wild” second in an hour long set, rolling out “When We’re High” shortly thereafter.

As always, covers were a staple on the Lollapalooza stage with Dayglow taking on Tears For Fears (“Everybody Wants to Rule the World”) and Cyrus tackling Blondie (“Heart of Glass”). EDM DJ Steve Aoki incorporated everything from Eurythmics (“Sweet Dreams”) to infamous synthesizer instrumental “Popcorn” over the course of 75 minutes on Perry’s stage.

“I have the best memories here. Aaron Paul from Breaking Bad caking with me last time we were on stage. And just Lollapalooza overall. Because I’ve played Lollapalooza Brazil, Argentina, Chile, everywhere. I’ve had incredible experiences around the world,” Aoki said prior to his set. “I’ve been playing like four or five shows a week – but not a festival yet. This is my first festival,” he said, noting his return to the big stage at Lollapalooza. “I have a lot of expectations. I hate having expectations before a festival – but Lollapalooza has a high bar, you know? It’s just amazing to be back playing a festival like this. It’s been a long time. And I’m a little nervous. I’m playing some new songs from my album that are not like clubby, banger records.”

Thursday night Aoki performed his latest single “Siliwa Hay,” climbing up onto his turntable deck to get a better look at the massive crowd assembled at the stage named for festival co-creator Perry Farrell upon Lollapalooza’s arrival as a destination festival in 2005.

2021 marked Lollapalooza’s foray into the new world of non-fungible tokens. Always embracing the latest technological trends, Aoki was quick to partner with the fest on an NFT drop.

“I always wanted to do something with the cakings. ‘OK, great. Live Nation and Lollapalooza? This is perfect! We’ll do it together!’” said Aoki, long known for his penchant for throwing cakes from the stage into the audience. “It’s such a moment. It’s the first festival I’ve played and people want to get caked. People want to live for that moment and own that moment,” he explained.

“For this moment, I’m not thinking about how much money I’m going to make. It’s more like, ‘Let’s do something new. Let’s disrupt it. Let’s do something connecting to IRL,’” Aoki said. “At this point in time, it’s like a start-up, right? With a start-up, it’s not about how much money you can make – it’s about just sharing the love of what you’re doing. And I really believe that digital assets and collectibles – when you say that, it makes it more understandable. And that side of things is the future. We are 100% going to be collecting digitally.”

Bursts of fire exploded from the stage and steam blasted as Aoki guided the Chicago crowd through a celebratory set Thursday night at Lollapalooza.