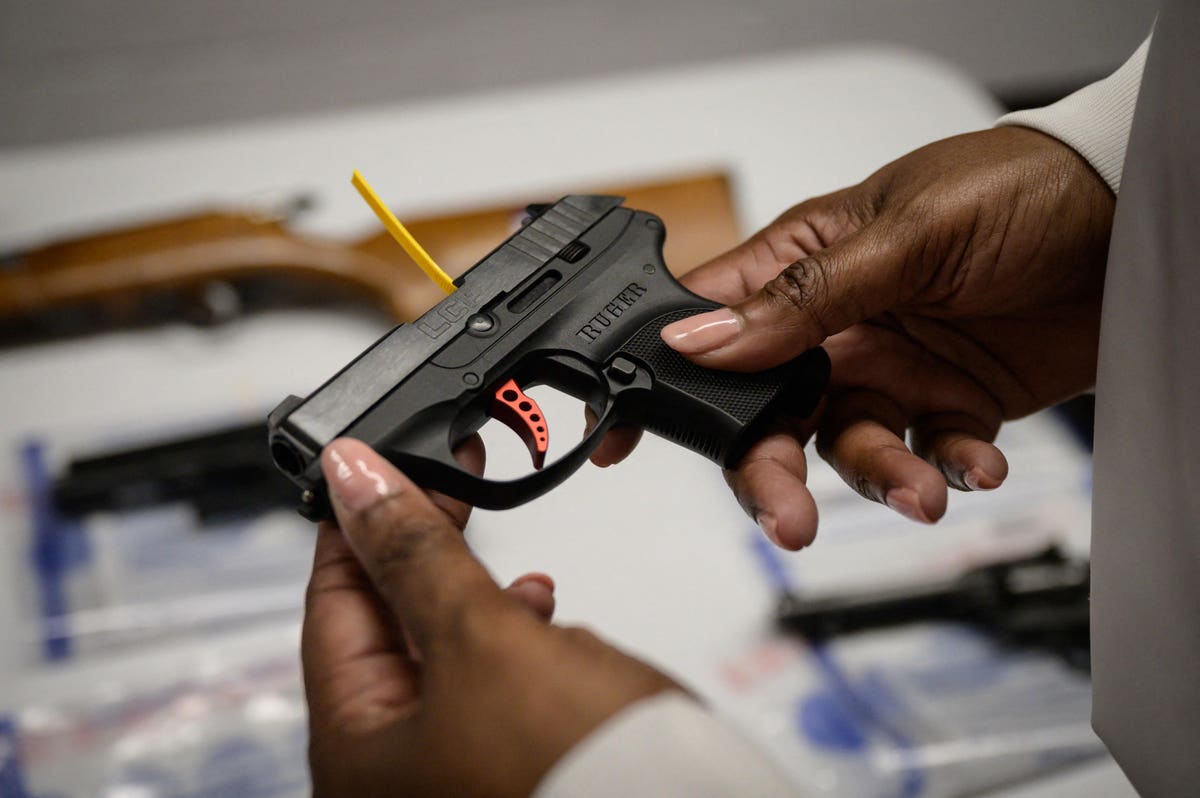 Sturm
, Ruger, the second largest U.S. gun maker, said that it has continued to sell guns at a robust rate through the spring and summer, as Americans keep buying firearms for self-protection under the specter of increased gun control restrictions.

Chief Executive Officer Christopher Killoy said, in a webcast with analysts, that this was the seventh quarterly increase in production for the company, which is based in Southport, Connecticut with factories and other facilities in New Hampshire, Arizona, North Carolina and Missouri. He said the company has added 400 workers since March 2020, totaling 1,900 employees. He said employees are being paid $200 bonuses to get vaccinated from coronavirus.

“Everyone one of our facilities has a help wanted sign out,” he said.

Americans have been buying guns for self-defense in an increasingly scary country. Gun sales have been rising and people are stockpiling, afraid of rising crime, political turmoil and civil unrest as the coronavirus pandemic continues to ravage the population and the economy. Many gun buyers also believe that President Joseph Biden, a Democrat, will succeed in his plans for more restrictive gun control measures.

The leading U.S. gunmaker, Smith & Wesson, has also reported record sales since the start of the coronavirus pandemic. Earlier this summer, Smith & Wesson reported that fiscal sales ending in May had doubled to $1.1 billion compared to the prior year. The company said it paid off its debts, as profit rose to $252.04 million.

Hillary Dube, owner of HNR Gunworks in Inverness, Florida, told Forbes that the .380 Ruger LCP Max is “a good first gun for new gun owners that are just learning and want to get a carry gun first, before a good heavy range gun that is more accurate.”

She said it’s popular with consumers, partly because it has a 12-round magazine, despite its small size.

“It is light-weight and it is great to see so many high-round carry guns to eliminate the need to carry extra mags,” she said.

Dube said that other popular brands of compact handguns include the Ruger SR22, the Smith & Wesson EZ9, the Sig Sauer P365 and the Hellcat micro-compact handguns from Springfield Armory, which despite their small size can be loaded with 14 rounds.

Magazines with a capacity of more than 10 rounds are considered to be high capacity in many states, including New York, Massachusetts and California, which do not allow them. Biden plans to crack down on high capacity magazines, which have been used in many mass shootings, as well as assault rifles including the AR-15s produced by Sturm, Ruger.

The AR-15 is a military-style rifle that is used by the U.S. military. Sturm, Ruger and other gun makers like Smith & Wesson produce semiautomatic versions of AR-15s that are considered assault weapons by federal regulators and gun control advocates. Gun makers and retailers prefer to them modern sporting rifles.

According to the Gun Violence Archive, 26,411 people have been killed from guns in the U.S. so far this year, including 410 from mass shootings. Other causes of death include homicides, suicides, accidents and self-defense shootings.

Biden, who owns guns, has been planning to ban assault weapon sales to civilians, and to require existing owners to register them with the National Firearms Act, which requires a months-long background check and a $200 tax. But Biden faces long odds of getting a gun control bill through a split Congress.

Biden issued two executive actions for gun control measures in March, shortly after a string of mass shootings including the one at the Kroger store in Colorado. Biden banned arm stabilizers, like the one used with an AR-556 assault pistol in the Colorado shooting. Biden is also requiring background checks for build-your-own ghost gun kits.

Dionisio said, in a note to investors, that Sturm, Ruger’s product mix includes bolt-action rifles, revolvers and target pistols “more associated with hunting and target shooting rather than self-defense or personal protection.” He said this mix “may provide the company some cushion in the future when the firearms industry eventually experiences an inevitable cyclical downturn.”

The Federal Bureau of Investigation has reported that background checks, which are partly based on gun sales, softened during June and July. While the numbers are still strong historically, but it does raise questions about ongoing demand.

“Recent monthly trends in background checks appear to indicate that market demand may be beginning to peak,” said Dionisio. “Therefore, we conservatively forecast a modest downturn in overall consumer demand in 2022 from the current historical peak levels.”