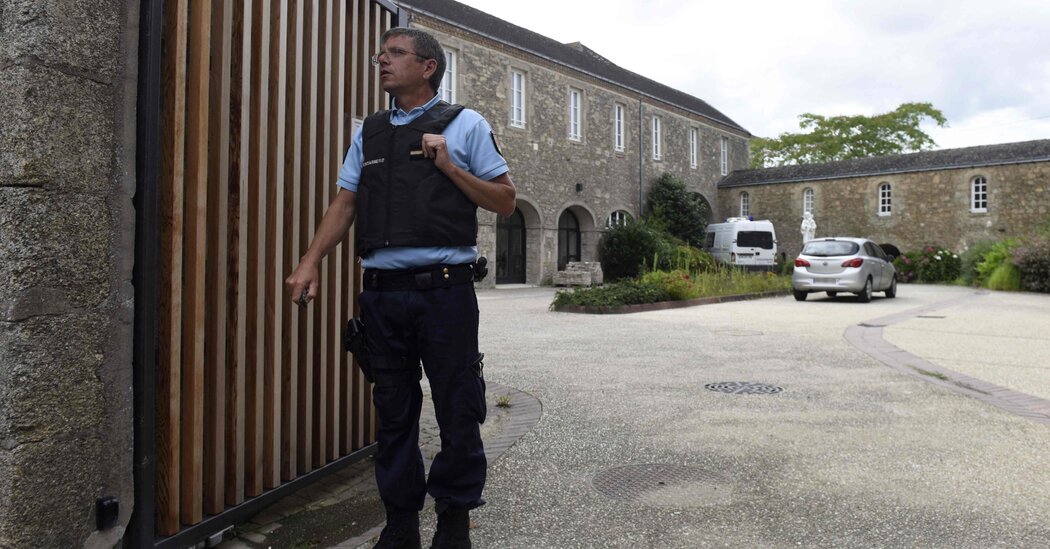 According to the newspaper, Mr. Abayisenga belonged to the Hutu ethnic group, whose leaders led the mass killings of mostly ethnic Tutsis in the 1994 Rwandan genocide. But his family members suffered reprisals or fled after power shifted to the Tutsis in the years after the end of the genocide.

Mr. Abayisenga’s application for asylum and a subsequent appeal were rejected, leading to orders to leave France, according to La Croix.

“He was lodged thanks to the generosity of Father Olivier,’’ Father Paul said.

As part of the order’s core missionary work, Father Maire had spent years in Africa, including working with young prisoners in Uganda, Father Paul said. There, he often organized soccer games between the prisoners and his novices.

“He was viscerally open to people in difficulty,’’ Father Paul said.

With immigration and crime at the top of concerns ahead of presidential elections next April, some right-wing politicians seized on the priest’s killing to attack what they called the government’s lax immigration policies.

“So, in France, you can be here illegally, set fire to the Cathedral of Nantes, never be expelled, and commit another offense by assassinating a priest,’’ the far-right leader, Marine Le Pen, said in a tweet. “What is happening in our country is of a gravity without precedent: It’s the complete failure of the state’’ and of Mr. Darmanin, the interior minister.

The tweet set off a series of exchanges between Ms. Le Pen and Mr. Darmanin, who accused the far-right leader of exploiting the killing for political gains instead of expressing her compassion for the Catholic community.