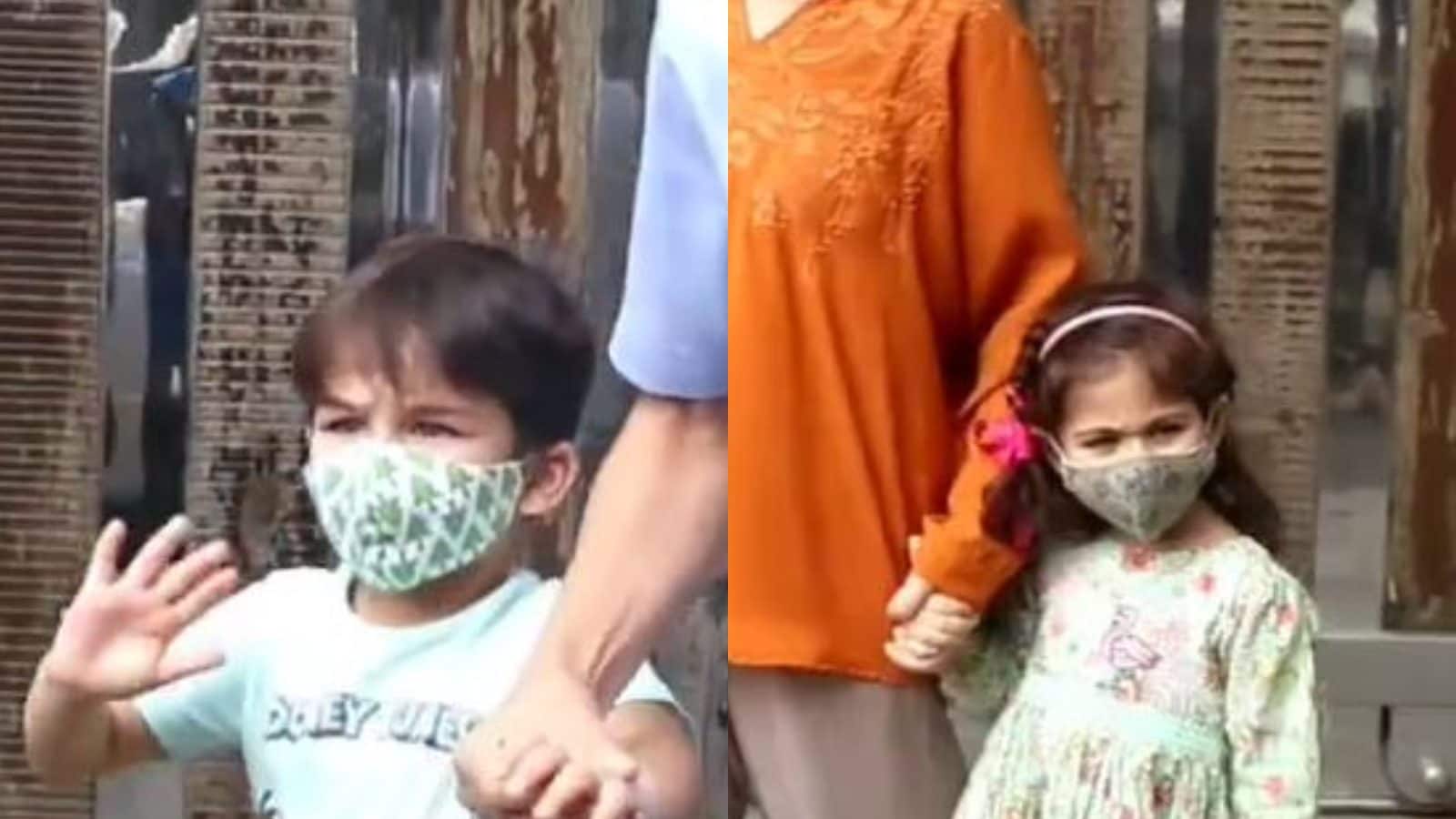 Kareena Kapoor and Saif Ali Khan’s son Taimur Ali Khan has a massive fan following of his own, owing to how adorable he is. The star-kid recently stepped out with his father, as well as Inaaya Naumi Kemmu. While he looked as cute as a button, it was his gesture that is winning the internet.

In the video shared by Bollywood paparazzi Viral Bhayani, Taimur can be seen dressed in a blue Looney Tunes shirt. He also wore a printed mask to match. Soha Ali Khan and Kunal Kemmu’s daughter Inaaya, on the other hand, can be seen wearing a pretty green dress. Saif also opted for a casual look with a dark blue T-shirt and casual pants.

In the video, Taimur can be seen waving to the paparazzi while they take his picture. He then asks them, “Can I go?” urging them to make way for the family to get inside their car. Taimur’s polite gesture has won fan’s hearts.

Recently, Taimur made an appearance in half-sister Sara Ali Khan’s Instagram as Saif posed with all four of his children on Eid al-Adha. Sara shared the adorable snap, while covering Saif’s younger son Jeh’s face. She wrote, “Eid Mubarak. May Allah grant everyone peace, prosperity and positivity. Inshallah hoping for better times for us all.”

On the work front, Saif will be next seen in Pawan Kripalani’s Bhoot Police with Arjun Kapoor, Yami Gautam and Jacqueline Fernandez. He also has Adipurush with Prabhas and Vikram Vedha with Hrithik Roshan in the pipeline.