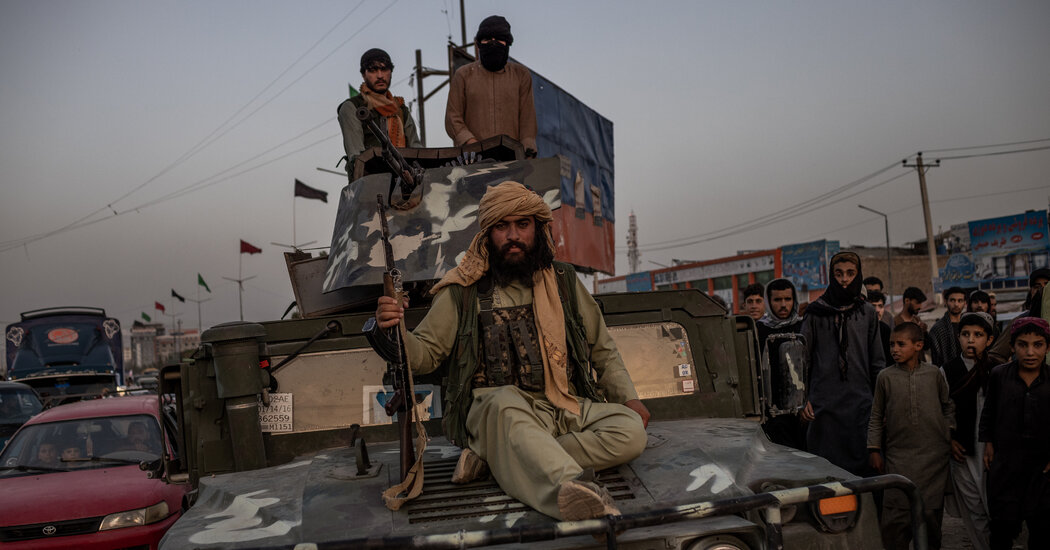 “Greetings, the Taliban have reached the city. We are escaping,” said Sahraa Karimi, the head of Afghan Film, in a post shared widely on Facebook. Filming herself as she fled on foot, out of breath and clutching at her headscarf, she shouted at others to escape while the could.

“Hey woman, girl, don’t go that way!” she called out. “Some people don’t know what is going on,” she went on. “Where are you going? Go quickly.”

Wais Omari, 20, a street vendor in the city, said the situation was already dire and he feared for the future.

On the civilian side of the airport, a long line of people waited outside the check-in gate, unsure if the flights they had booked out of the country would arrive.

After days in which one urban center after another fell to the insurgents, the last major Afghan cities that were still controlled by the government, other than Kabul, were seized in rapid succession over the weekend.

The insurgents took Mazar-i-Sharif, in the north, late on Saturday, only an hour after breaking through the front lines at the city’s edge. Soon after, government security forces and militias — including those led by the warlords Marshal Abdul Rashid Dostum and Atta Muhammad Noor — fled, effectively handing control to the insurgents.