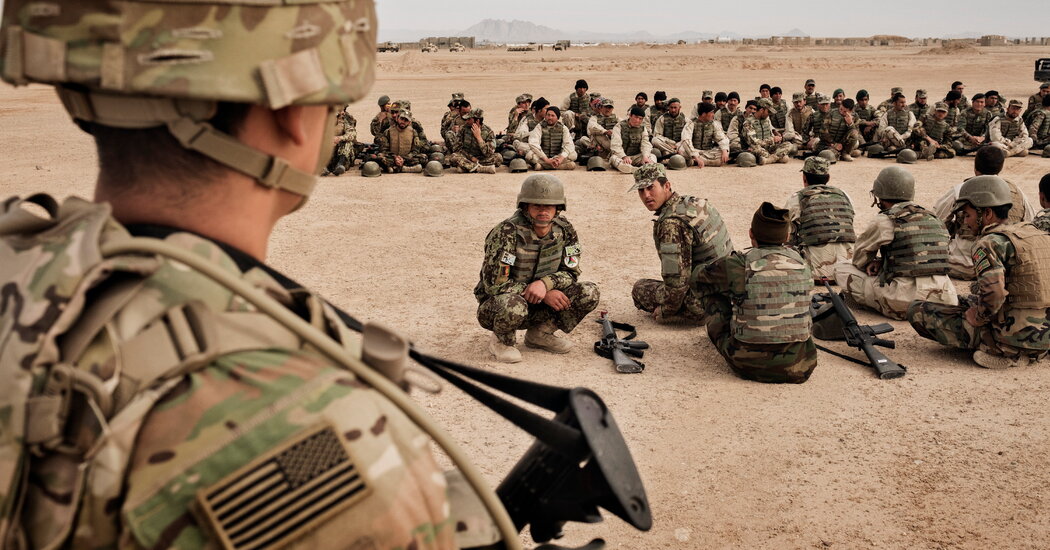 The Will Is Gone

To critics of the decision, the president underestimated the importance of even a modest presence, and the execution of the withdrawal made the problem far worse.

“We set them up for failure,” said David H. Petraeus, the retired general who commanded the international forces in Afghanistan from 2010 until he was appointed C.I.A. director the next year. Mr. Biden’s team, he argued, “did not recognize the risk incurred by the swift withdrawal” of intelligence and reconnaissance drones and close air support, as well as the withdrawal of thousands of contractors who kept the Afghan air force flying — all in the middle of a particularly intense fighting season.

The result was that Afghan forces on the ground would “fight for a few days, and then realize there are no reinforcements” on the way, he said. The “psychological impact was devastating.”

But administration officials, responding to such critiques, counter that the Afghan military dwarfs the Taliban, some 300,000 troops to 75,000.

“They have an air force, a capable air force,” something the Taliban does not have, John F. Kirby, the Pentagon press secretary, said on Friday. “They have modern equipment. They have the benefit of the training that we have provided for the last 20 years. It’s time now to use those advantages.”

But by the time Mr. Kirby noted those advantages, none of them seemed to be making a difference. Feeling abandoned by the United States and commanded by rudderless leaders meant that Afghan troops on the ground “looked at what was in front of them, and what was behind them, and decided it’s easier to go off on their own,” said retired Gen. Joseph L. Votel, the former commander of United States Central Command who oversaw the war in Afghanistan from 2016 to 2019.

Mr. Biden, one administration official said, expressed frustration that President Ashraf Ghani of Afghanistan had not managed to effectively plan and execute what was supposed to be the latest strategy: consolidating forces to protect key cities. On Wednesday, Mr. Ghani fired his army chief, Lt. General Wali Mohammad Ahmadzai, who had only been in place for two months, replacing him with Maj. Gen. Haibatullah Alizai, a special operations commander. The commandos under General Alizai are the only troops who have consistently fought the Taliban these past weeks.